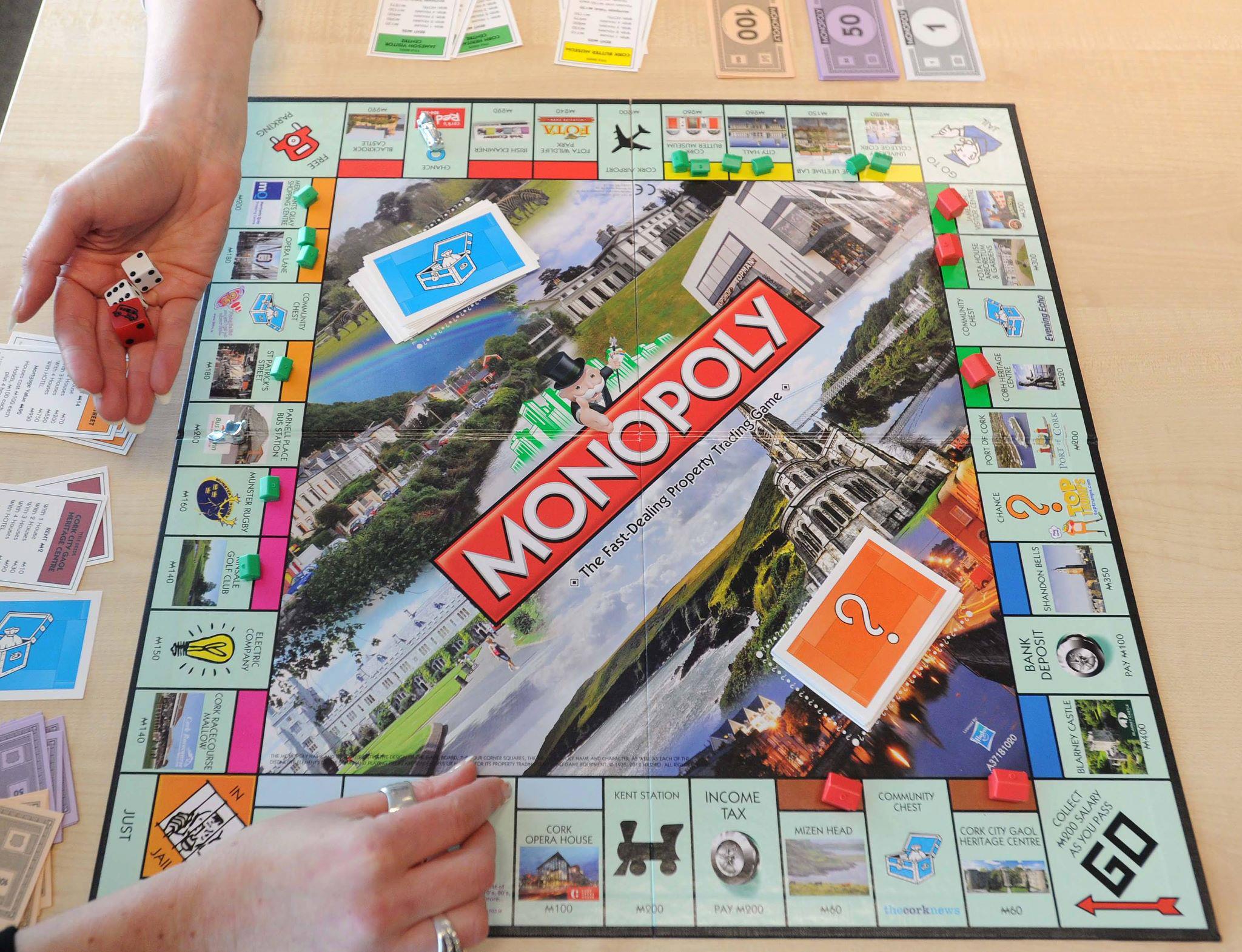 It may be tongue in cheek but voters deciding on who will fill the squares on the new Galway version of Monopoly have come up with an alternative to going to jail—players should be forced to go to Dublin instead!

Because the public poll to decide on which Galway landmarks will be included in the game to be released in October—in time for the Christmas market—has seen suggestions that, instead of Go to Jail, the Galway themed board should instead command: Go to Dublin!

Among the other interesting proposals so far is that the Claddagh Ring—Galway’s iconic symbol—becomes a customised playing piece.

“We love this suggestion—perhaps the best one so far,” said Monopoly boss Rob Osbourne.

Another idea was that the two other pieces should represent Galway’s plethora of stag and hen parties.

“We will give that one a swerve,” joked Mr Osborne.

The Latin Quarter, Galway Races, NUIG, Connemara and Eyre Square lead the way so far in voting for the 22 London streets that will become Galway-themed—and the Connacht Tribune has also registered a few votes to be included as Galway’s version of Fleet Street.

Votes have poured in from Galway itself, but some have also come from tourists from as far as US—with two coming in from Italy.

In all, 22 Monopoly property sites will take on a county flavour and feel, with Chance and Community Chest playing cards heavily customised too. The four train stations from the original Monopoly board will be handed over to a travel theme.

Monopoly celebrates its’ 80th birthday, having first hit shelves in 1935.

Polls close at midnight next Monday, May 11th. Nominations for landmarks to fill the board and any other suggestions can be sent to [email protected], at Galway Monopoly on Facebook or via traditional snail mail to Galway Monopoly, Winning Moves UK, 7 Praed Street, London W2 INJ.

The board will be released in early October well in time for Christmas, following the current public consultation process.

The new board will be available at all good toy and book stores in Galway—and it will also be available online.