The Rural Social Scheme (RSS) has been supporting community groups for the last ten years. To mark the anniversary, we look at the work being done in North Galway through RSS and Tús which are both administered by Galway Rural Development (GRD).

On Thursday afternoons, it’s a case of all eyes down for bingo at the Claregalway and District Day Care Centre.

The award-winning facility, which was opened by a local voluntary committee in October 2012, caters for up to 75 older people from the village of Claregalway and communities in a radius of ten kilometres. Afternoons are reserved for entertainment, such as bingo, or some music with Fr Eugene from the nearby SMA House. Crochet and crafts are popular and the centre has its own Men’s Shed and a polytunnel to entice those with green fingers.

On the afternoon of The Tuam Herald’s visit, the atmosphere is lively and the welcome is warm. The bingo caller is Jimmy Heneghan from Loughgeorge—one of two people working at the centre under the Tus Scheme.

Tús is a jobs activation programme set up in 2011 to help prepare people for a return to the workplace after a spell of unemployment. Galway Rural Development (GRD) Ltd, who administer Tús in East Galway, currently have 220 people placed with a range of community and voluntary organisations.

As well as giving relevant work experience to participants, Tús also provides invaluable support to organisations such as Claregalway and District Day Care Centre, who might otherwise have to scale back their activities.

“We would be very hard-pressed to run the centre without the support of GRD through the Tús scheme,” says Geraldine Carr, Company Secretary. “The support of Sean Broderick (Coordinator of the RSS and the Tus Scheme for GRD) and Julie McGrath (Team Leader for GRD) in Turloughmore, Claregalway and Oranmore) has been incredible. We work largely with volunteers. With Tús, we can rely on people turning up for their designated 19.5 hours per week. That gives us a great basis to base our volunteer rosters on.”

Jimmy tells The Herald that he was preparing to volunteer at the centre, when the opportunity came up to participate in Tús. “I was always interested in working with older people,” he explains. “I know most of the people here. When the Tús vacancy came up, I was ready to take it.”

Jimmy also helps out with the centre’s Men’s Shed and has been handcrafting walking sticks with service users interested in woodwork. 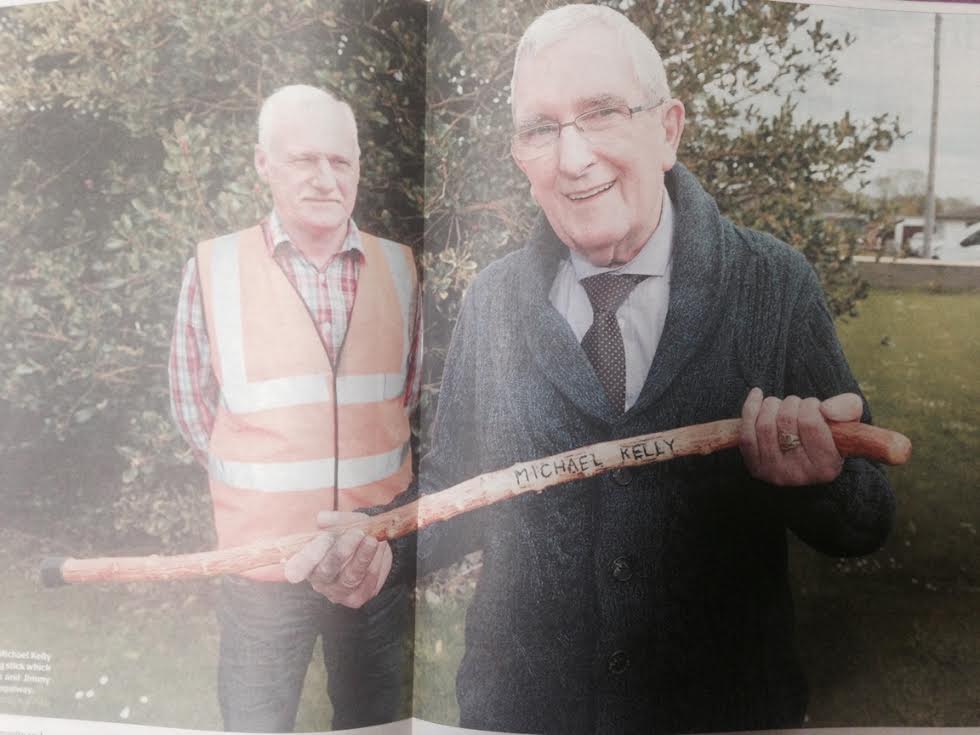 “It’s great to have a man coming in,” admits Geraldine. “I don’t mean to sound sexist, but the men love to have a fella to talk about sport with.”

Jimmy’s Tús colleague, Rita Hanley-Cummins, is also a big hit with everyone at the centre. Orginally from Claregalway, Rita lives in Carnmore. Now that her one-year placement is coming to an end, she plans to train further and work in the area of elder care.

“I’ve done one module on Care of the Elderly,” she explains. “I’m doing more shortly. The day centre is great and you get involved in everything. I’ve loved the year on Tús. One year is just not long enough.”

Geraldine agrees that the placement—which involves participants working 19.5 hours per week over the course of one year—is too short.

“It would be great if Tús ran for two years,” she says. “Rita is due to finish shortly and we’ll really miss her.”

Funding the activities of the centre is another challenge and it’s one that Tús participants also lend a hand with.

“We don’t get any major government support, so we’re self-funded,” Geraldine notes. “The Clare River Harriers have held a five kilometre fun-run for us and we’ve had wonderful support from the shops in the area. We also have our own shop—Never Too Old—which has two Tús participants and a number of volunteers.

Another member of the hard-working team at the day care centre is Carer Supervisor Anne Lenihan. Originally from Co. Kerry, Anne is living in Claregalway since 2001 and is a great advocate for the centre. “I think every community should have somewhere like this. It’s a home away from home.”

The centre is also a popular destination for Julie McGrath who, as Tús Team Leader, regularly visits Jimmy and Rita.

“I’d call to the centre around twice a week,” Julie says. “I’d see all of my Tús participants around twice every week.

That makes for a busy week for Julie. She is currently working with 27 Tus participants in her area, and there are people joining and leaving the scheme on a rolling basis.

The Tús recruitment process involves a random selection by the Department of Social Protection of people on the Live Register. The next stage is an interview, which aims to match the participant’s skills to the needs of groups in their local area.

“You meet so many people, from all different walks of life, with so many different skills,” Julie explains. “As soon as we interview someone, we’re trying to see which group they might work best with. It’s fantastic when we get participants who would suit the centre in Claregalway. You’re always hoping, when you place someone, that everything will work out and it almost always does.”

Julis is also working currently with 25 community and voluntary groups. These organisations apply directly to GRD to see if they qualify for support.

Sean Broderick, Coordinator of Tús and RSS for GRD, explains:

The big thing with any group applying to us for assistance is that they’re community based, they’re not-for-profit. We’re not delivering a cheap workforce for anybody—it’s a service to local communities that we’re delivering.

“Nowadays, a lot of communities don’t have the funding to deliver services in any other way and we find also with a lot of the organisations we work with, their funding has been cut to the extent that they can no longer pay people, so we take up the slack as much as we can. We don’t displace anybody, however.”

The range of invaluable community work provided by Tús participants is evident in the list of groups on Julie’s busy beat.

It’s clear that a wide range of groups clearly benefit from Tús through GRD, and, according to Julie, Tús participants also reap rewards: “At the end of their year, the participant will have gained work experience, maybe some training and support from our Employment Mediation service or our Enterprise Officers. The one thing participants tell is is that they get their confidence back. Someone might be applying for jobs but getting nothing. That’s very hard.

“When they come on a Tús scheme, they see there’s another world out there. It’s a great boost to their confidence and that’s very important.”