A welcome home party to honour Turloughmore Olympian Lorraine Hession this weekend will be a major celebration for the community of Cahernahoon where flags are still flying in support of the young swimmer.

Lorraine claimed a fourth place ribbon in the 100m freestyle event the Special Olympics World Games in Los Angeles last month. Bonfires blazed as she arrived back home earlier this month but the celebrations are continuing for the 28-year old in the aftermath of her incredible achievement.

Speaking to The Tuam Herald this week, Lorraine said the Games had been very exciting and she was really proud of how well she had done.

“My first race was on the Monday and my brothers Paul and Joe and brother-in-law Rob were there to cheer me on and then I was in the pool again on Wednesday and Sunday for the 50m and relay events,” she said.

“It was a very exciting week and I got to meet lots of lovely people and I have lots of badges from the other countries that took part as I swapped Irish badges with them.”

We met Colin Farrell and he was lovely. I had hoped to meet George Clooney but I got my photo taken with Colin so I was very happy.”

Lorraine’s older brother Paul said it had been a wonderful experience for the family and said he was thrilled to have shared in the magic of the Games in LA.

“We arrived on the Sunday and we were able to meet up with Lorraine whenever she wasn’t competing,” he said.

“We took a trip to Hollywood for a day and the rest of the time we were able to go for lunch and tour around the main arena which was huge. The best part was seeing Lorraine compete through and to see how much she was enjoying it.

“She was high-fiving everyone around her when she got out of the pool.”

Proud mother Mary said the reception Lorraine got when she arrived home was incredible.

“She arrived back at Turloughmore Community Centre on the same day a hurling camp was taking place so there were 125 children there to welcome her and then the following Sunday she was invited up on the altar during Mass to show the congregation her ribbon,” she said.

Saturday’s party takes place in Lydon’s of Knockdoe and the family are preparing for a large turnout.

“The support from neighbours and friends has been incredible over the past few months and in particular the weeks leading up to the Games, with flags and posters up all over the place,” added Mary.

“She’s been on such a high since she came home, they said she was dancing in the aisle of the plane on the flight back, so we’re all really looking forward to Saturday night. 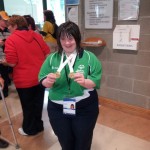 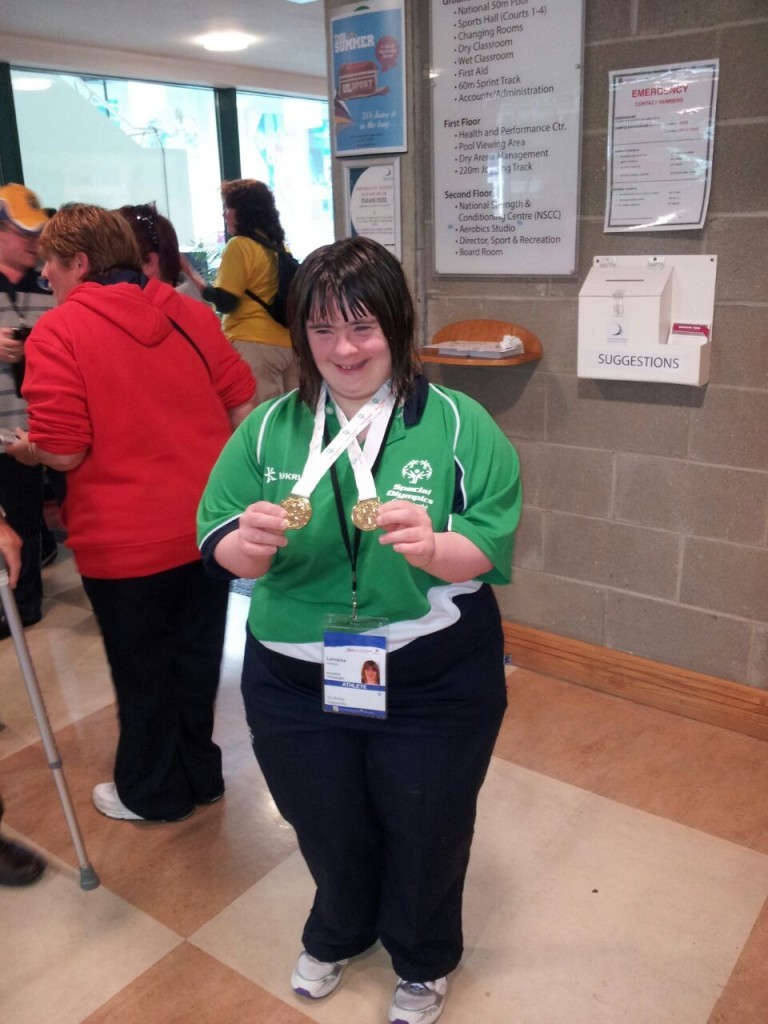