A Lackagh-based business was awarded third place in the JCI Galway Entrepreneur of the year at a gala banquet and awards ceremony in the Galway Bay Hotel at the weekend. Aisling Kearney Burke who runs the highly successful Beechmount Art Studio at Lackagh and has developed additional businesses through Paintclub.ie and BuyMyIrishArt.com finished in third place among a talented group of developing and successful businesses. 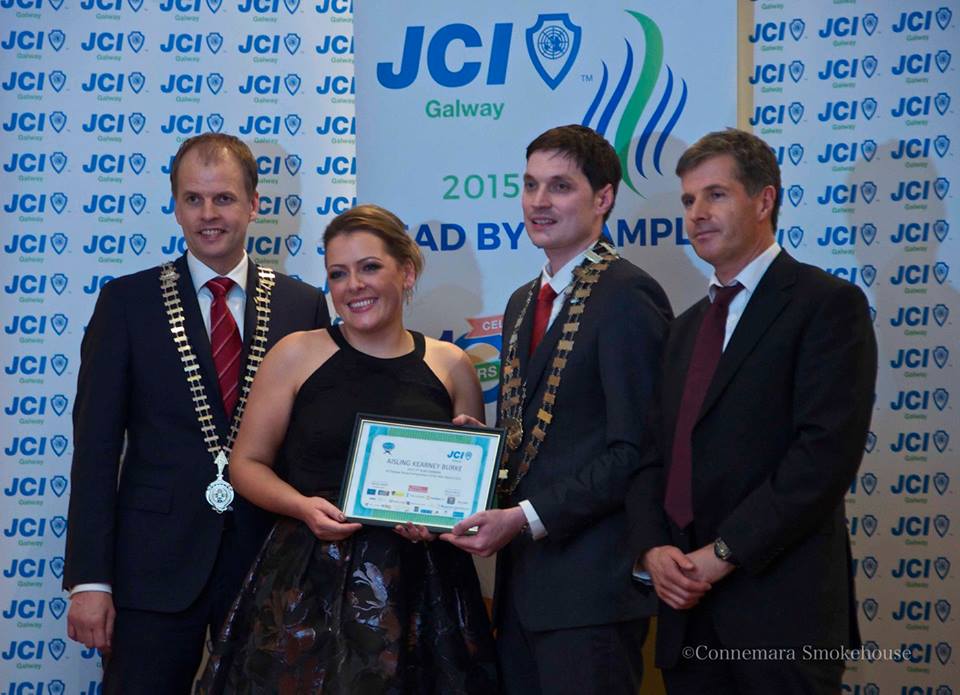 Aisling Kearney Burke who had qualified from the Limerick College of Art and Design opened her own art studio last year and Beechmount Art Studio has gone from strength to strength since. Aisling caters for students of all ages and devotes individual time into making every student the best they can be. Aisling also caters for birthday parties, hen parties, fun nights and developing Paintclub, brought a new dimension to Irish Art teaching with cocktails during painting lessons. In recent times Aisling set up BuyMyIrishArt.com which provides an outlet in which artists can sell affordable quality paintings online.

Aisling reached the final night and was selected into the final six which received a gruelling on stage interview and presentation in front of the large audience. The Lackagh-based artist stole the show with a quality performance and when the results were announced Aisling was the only female among the award winning winners and was awarded third place in the 2015 JCI Galway Entrepreneur of the year.

The event is organised annually by the Galway branch of Junior Chamber Ireland, but only once in the seventeen year history of the competition has a female taken the top prize in the competition. The people of the area warmly congratulate Aisling Kearney Burke on her achievement.