Galway’s richest men are from Glenamaddy. They are the Comer Brothers, Luke and Brian, who are not just Galway’s richest but also rank at number 14 in Ireland’s Top 300 Rich List published at the weekend.

The brothers estimate that their assets are worth €3 billion and Luke Comer said some time ago that “a conservative estimation” is that they would be worth “around €1.35 billion”. According to the latest Top 300 Rich List those figures will have risen but there will be debt also. 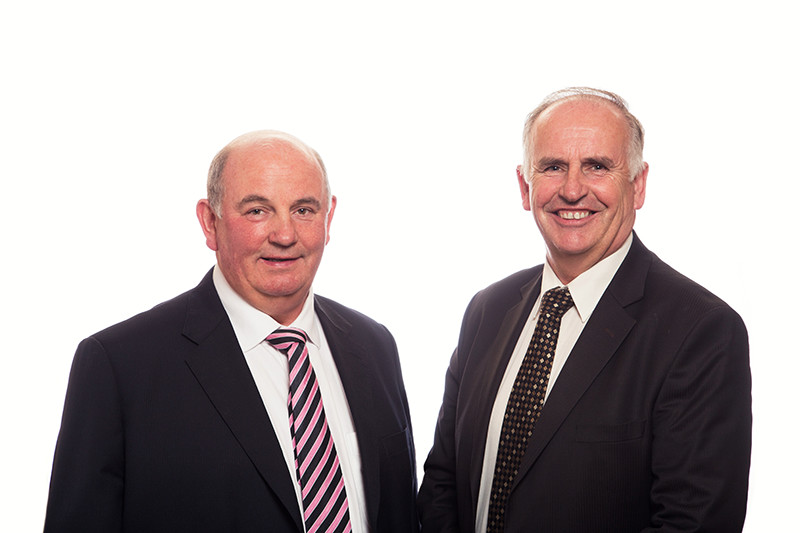 Brian and Luke Comer, The Comer Group. Photo by Richie Stokes via RTÉ.

The Comer brothers are builders and developers with properties here, including Galway city, the UK, Germany and North Africa.

The next highest Galway person on the rich list is another North Galway resident, Declan Ganley, of the telecommunications firm Rivada, who comes in at number 53 on €275 million. He is currently in negotiations with the Mexican government for the licence to operate a network of commercial radio stations in that country.

After that Pat McDonagh of Supermac’s is the next Galway man on the rich list of number 126 on €106 million while namesake Galway city merchant and property developer Thomas McDonagh is on the list at 195 as a new entry on €75 million.

Enda O’Coineen, best known to many for his trans-Atlantic and other ocean races, makes a splash on the latest rich list at number 265 with €38 million. He is credited with success in the pub business as well as property, renewables and engineering including an oil refinery in his native Galway.