The Galway 1916 Exhibition runs in the Connacht Tribune Printworks from the 23rd of March to the 13th of April, and is part of Galway City Council’s Centenary Commemorations. This event features the work of over 30 artists from all over Ireland and abroad, gathered together to explore the people, events and legacy of the 1916 Rising. This unique and timely event has adopted a thematic approach to the Rising, requesting artists to submit proposals to depict keys themes. Over 140 works ranging in scale and media, make for an extraordinary reimagining of the 1916 Rebellion. The event seeks to commemorate the participants and events of 1916 and celebrate the achievements of a generation who defied an empire and strived for self-determination and social equality. The exhibition also poses the question, “Where are we now?” in terms of the values set out in the Proclamation which was read out on the steps of the GPO a hundred years ago.

The contributing artists include Robert Ballagh, instrumental in the Reclaim the Spirit of 1916 in 2006 and well known for his depictions of Doctor Noel Browne and Samuel Beckett. Also featured is Dundalk based artist Declan Kerr, with his depictions of participants of the 1916, not in their customary military attire, but in their day to day professions. His works exemplifies how these were just ordinary people living in extraordinary times who sought to strive for social change and equality. Through the support of local business in the Latin Quarter, Kerr’s work will grace Galway’s medieval streets over the Easter period. This street gallery of images is designed as a reflection of those individuals who made an idea of a Rising a reality. Additionally, the exhibition highlights the works of Ennis native Thomas Maoldomhnaigh with his beautiful watercolours and oil on canvas, depicting Eamon de Valera, Michael Collins and Liam Mellows. The exhibition also seeks to highlight the role of women in the Rising through the unique wax and ink drawings of Tony Clark from Co. Wicklow. While Portuguese artist Miriana Santos draws on the similarities of both countries turbulent histories in her series of pieces. The graphic artist Gerry Hunt and his powerful imagining of the events of 1916 through his graphic novel The Blood Upon the Rose can be seen up close. All these original works are for sale and give the public a chance to acquire a unique memento of the 1916­–2016 Rising Centenary.

Other attractions include a series of films by Co. Louth native and filmmaker, Marcus Howard whose work illuminates the lesser known participants of the Rising, through the voices of their ancestors. Over the course of the weekend Charlie Byrnes will operate a pop­-up bookshop and writers will be on hand to discuss and sign their works. The exhibition is free to the public and opens from 11am to 6pm Monday to Thursday and 10am to 6pm Friday to Sunday. The launch is on the 23rd of March at 6pm and will opened by the Lord Mayor of Galway, Councillor Frank Fahy. The public are invited to attend this exciting and rare event. 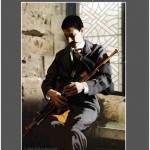 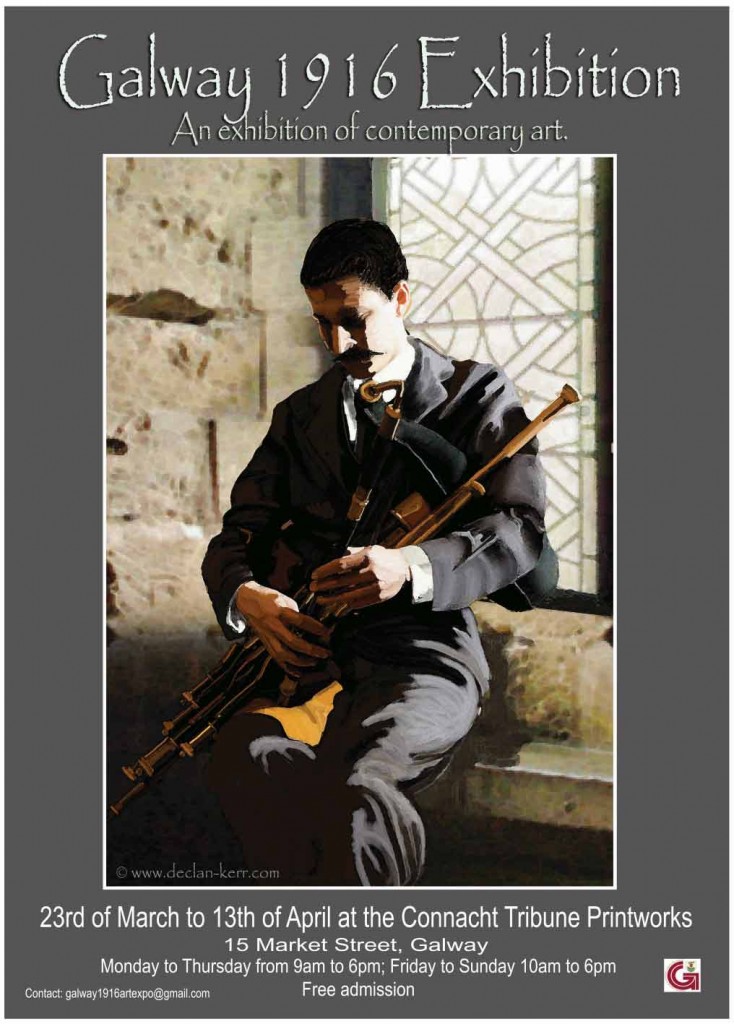