“Crystals come in all different shapes and sizes and can be found everywhere in nature. Most of the medicines we take are made up of compacted powders and the individual particles of the powders are in fact tiny crystals.” Prof Kieran Hodnett, SSPC Scientific Director. 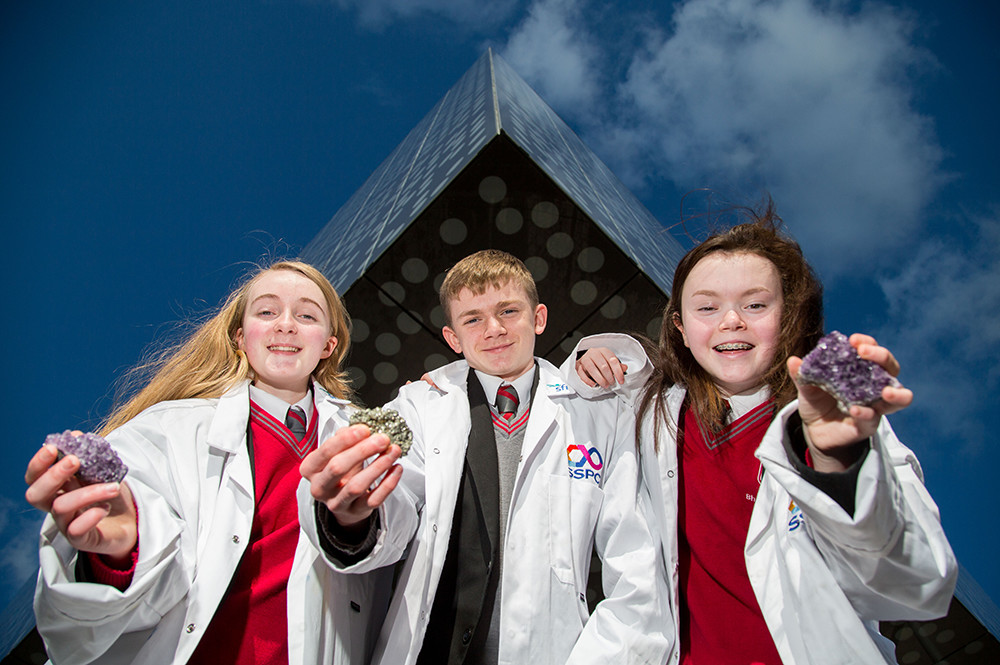 Following the great success of the 2014 SSPC National Crystal Growing Competition, which was launched as part of Science Week to celebrate the International Year of Crystallography 2014, the Synthesis and Solid State Pharmaceutical Centre (SSPC), announced the winners of the 2015 SSPC National Crystal Growing Competition at the University of Limerick on Friday, March 4th, 2016. The competition was open to primary and post-primary schools in Ireland and aimed at students who were challenged to grow a single crystal from a variety of compounds such as: Salt (Sodium Chloride), Alum, Sugar, or Copper Sulphate.

Professor Kieran Hodnett, SSPC Scientific Director said “The SSPC National Crystal Growing Competition is of significant importance as not only has it enabled students to grow their own crystals, but it has also increased students’ awareness and understanding of the importance of crystals in our lives today.” 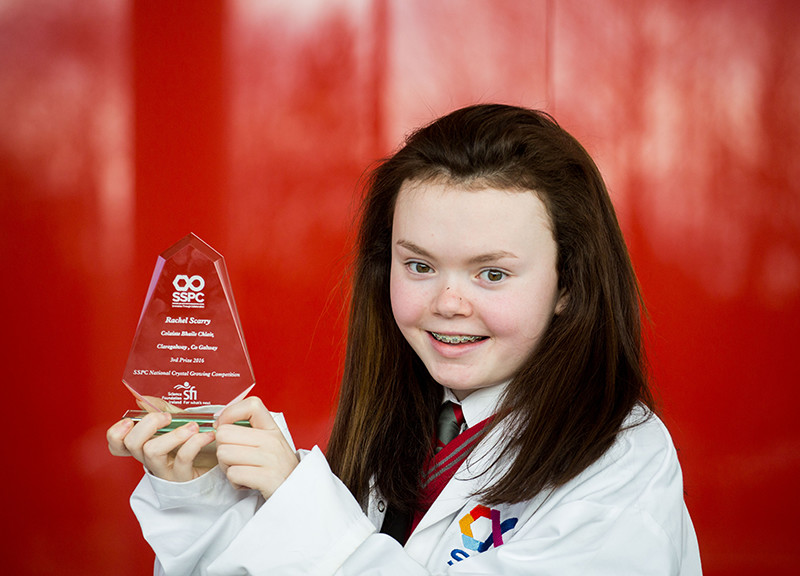 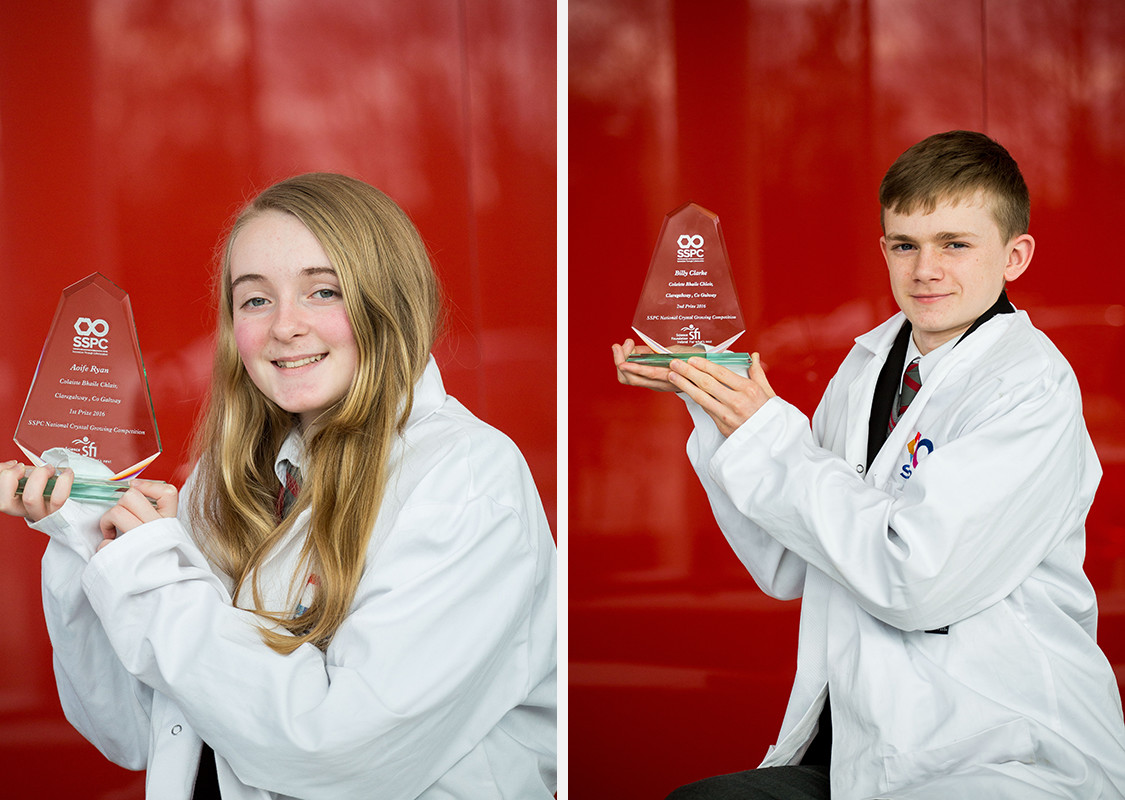 Professor Michael Zaworotko said “As someone who appreciates the beauty and importance of crystals, it excites me to see the high level of energy and dedication shown by the students and their teachers involved in the SSPC National Crystal Growing Competition. Congratulations to all our winners as the standard of crystals were of a very high quality.”

Growing crystals takes time and the best crystals are those which have grown slowly. The final judgement is based largely on fundamentals such as the crystal definition, clarity, size and overall quality.

The Synthesis and Solid State Pharmaceutical Centre (SSPC), is a world-leading research centre focused upon next generation medicines by developing more environmentally sustainable methods for drug manufacture; increasing the range of medicines available to the public; and reducing drug manufacturing costs. The pharmaceutical industry employs over 25,000 individuals directly and 24,500 indirectly in Ireland, and produces over 50% of all exports, making Ireland the second-largest pharmaceutical exporter in the world. The primary objective of the SSPC is to retain existing jobs and to create new jobs within the pharmaceutical industry in Ireland. The SSPC is dedicated to developing the next generation of scientists through its education, outreach and training programme.