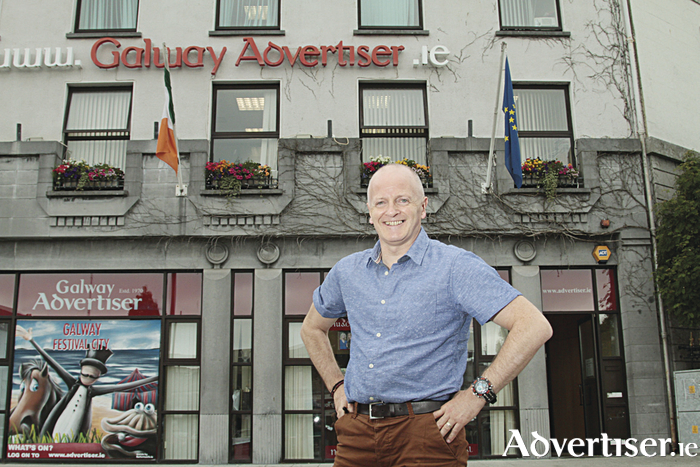 There’s something strange about being alone in a library in the dead in night, when everyone has gone home; the librarial silence is even more silent, the expectant hum of a noiseless space long extinguished, the flapping of a turned page no longer a possibility. That sort of silence. Dead silence.

And in the dark of night if you walk along the shelves and shelves of books and run your finger along their jackets, nothing inappropriate, just light touches of affection, you can swear that the books almost breathe. You can hear them heave, slowly, exhausted from another day of knowledge sharing. Another day of feeding the minds of those who come in with their palate for knowledge held out like a young Oliver Twist looking for more.

I used to live in a library. Yes, in the same way Tom Hanks played Victor Naborsky who lived in an airport in The Terminal, my home house in Mayo was for many years, part of the local library. The house had been too big for us all to live in, so a third of it was rented out to Mayo County Council for use as the town library. And so although I’d been in the normal library for most of my childhood, at least now the library had come to me. And so at night, when all of the lowin’ herd had slowly made their way home, I’d pop in and read, sitting on the floor of the library with a torch, a packet of Faffa cakes and a flask of coffee.

Ah, the smell of a library. As a kid we were allowed three books a week, but as my brothers were less word-obsessed than I, I’d use their credit to check out nine books, from Dr Seuss to the Wombles, from Enid Blyton to the classics. In later life, when you’d have no money but a vast quest for knowledge, I took out every book that might contain some idea of wordshaping that I might find useful one day. A phrase I’d store away, an idea I’d nurture, an image I’d admire. Like a plasterer admiring curves on a gateway, I’d wonder at the ability of words to influence, to enrage, to inform.

I marvelled about what it would be like to be one of those books, taken out by many people, brought to their homes, allowed to fill their minds with wonderful ideas and words and thoughts, being able to motivate them and inspire them in ways that only books and words can do. And then when that job was done, you’d be brought back to your mates in the shelf where you’d be stored roughly in the same place until you went on your next assignment.

The reason I talk about this this week is that Galway City Library is really in need of a new space in which it will be able to cope with the many many users it has. And because libraries are no longer just rooms of books, there are vast possibilities for lateral-thinking places like Galway. New libraries will be differnet. Ebooks don’t have to be returned. They simply expire after a few weeks, so let us not be constrained by mere physicalities.

However what libraries should symbolise is that they should remain the centre of a quest for learning. They should be seen as a public sphere where we can all go to learn to improve ourselves without the limitations that exist with educational institutions.

In many world centres indeed, libraries are located close to or in, and work hand in hand with, colleges and universities. Surely Galway can do something like that. How beautiful would a city library be overlooking the river, straddling the city with the university. All centres of knowledge, all nurturing the mental development of the self.

If all that Galway were to gain from 2020 was a new library, it would be the delivery room for the ideas of a new generation.