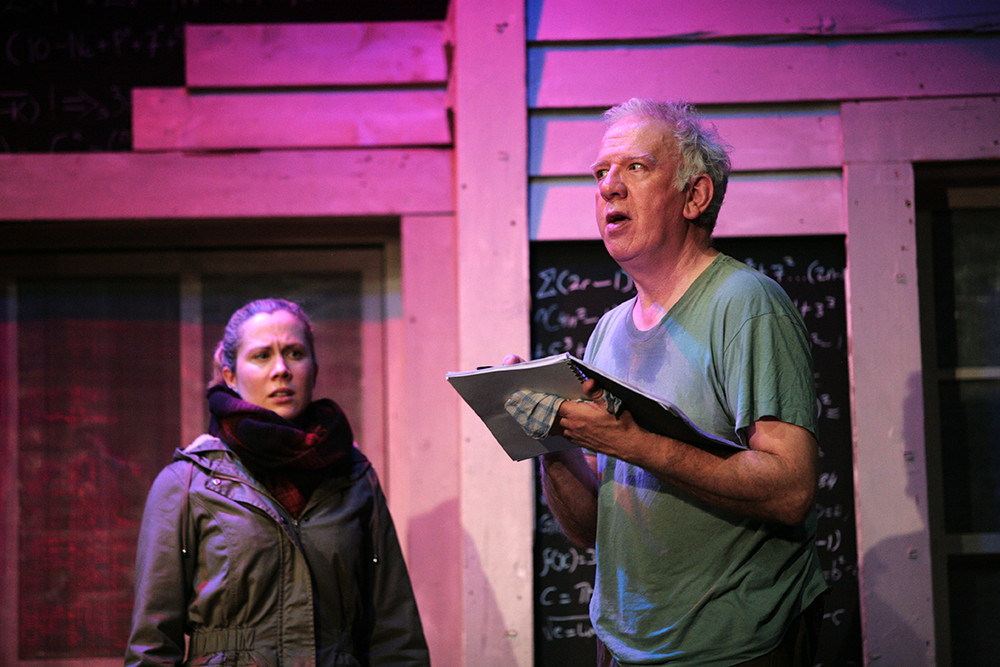 The play concerns a troubled young woman who’s exceptionally talented but unstable father dies. Genius mathematician and University of Chicago professor, Robert, was struggling with mental illness. His fiercely brilliant yet emotionally fragile daughter, Catherine, is trying to pick up the pieces of her life. Caught between a new-found connection with one of Robert’s former students and the reappearance of her sister, Claire, Catherine’s world becomes increasingly unstable. As she struggles to find herself amid her father’s world of hidden complexities and tantalising secrets, she is forced to face the possibility of inheriting both her father’s creative genius and his terrifying mental illness.

This production is directed by Dermot Hession (All Ireland Best Director) and features Ruth O’Driscoll (All Ireland Best Actress) as Catherine, Vincent Moran (All Ireland Best Supporting Actor) as Robert, Fionnuala Glynn as Claire and Eoin McCarthy as Hal. It has won seven regional festivals on this year’s circuit and last month won the All Ireland Confined Drama Festival held in the Íontas Arts Centre in Co Monaghan. The play has already sold out a number of nights over two runs in An Taibhdhearc this year and tickets are expected to sell fast for this production.

Tickets are now available from the box office (091) 563600 or at AnTaibhdhearc.com. For interviews with cast/director etc. please contact us on 0857114352 or email [email protected]. If you would like to find out more about Compántas Lir please check out our Facebook page.