A young Galway man has beaten thousands of others to make the final four—all hoping to win their dream of a life-time. Eugene Horan from Claregalway applied for Budweiser’s Dream Big competition with an eye firmly on the big prize. 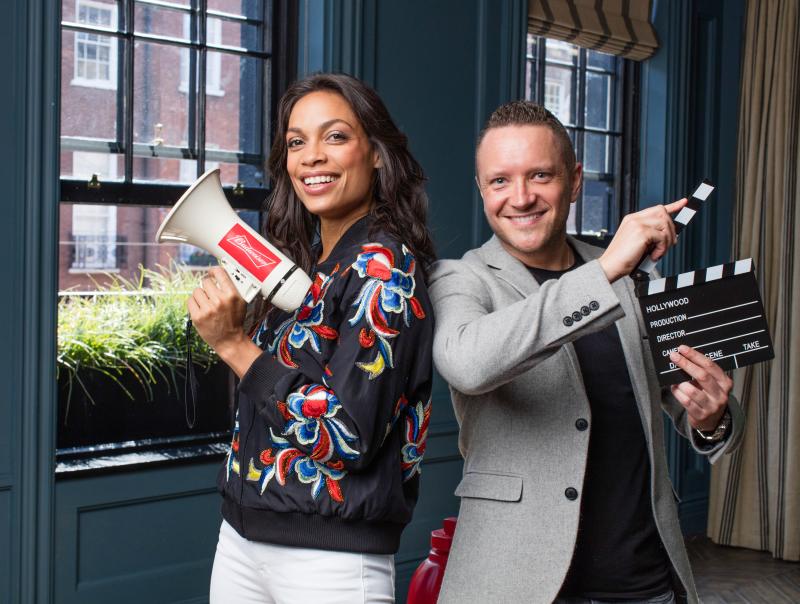 “Do not mistake my confidence with arrogance but I have always had incredible self-belief in my own abilities and I was fully convinced I would receive that phone call,” he said. The much-loved lager company asked hopefuls to pitch their American dream.

Whoever does clinch the prize will receive a staggering €50,000 to go stateside with their best bud and venture towards their deepest ambition.

And Eugene’s singular dream is to be the next star in a Hollywood blockbuster movie. He already boasts an impressive start to his acting career, being cast alongside notable names such as Stephen Fry, Joss Stone and James Cosmo.

The budding actor will be on international screens this summer, featuring in legendary director Martin Scorsese’s war movie Tomorrow and starring in apocalyptic thriller Plan Z.

“I saw it advertised on a billboard at the airport and knew instantly that I was going to enter. I think it was a masterstroke to have Conor McGregor as the face of the campaign because who better to inspire the nation to chase their dreams right now, than him,” Eugene said.

“Conor spoke about what they wanted to see in the application videos—sheer passion and desire and I already had a very clear view of what I was going to do.

“I was limited in one sense because I do not have permission to release footage of my best work—three feature films due for release in the coming months. But I used several still frames of my work, along with scenery shots of Galway and a voice over speaking about my passion and ambition.”

Judges then took into consideration the level of hard work, guts and determination each candidate had before making their decision.

“I got the call on the Tuesday saying the panel loved the passion and ambition that I portrayed and how impressed they were with what I have achieved so far in my career,” he said.

Eugene’s girlfriend of six years, Basia, will be the lucky lady joining him should he clinch the prize. “Basia was over the moon when she found out,” he said.

“She sees the dedication and sacrifice I put into my acting and she supports me every step. The idea behind the competition is to bring your Best Bud so there is nobody else I’d rather share this experience with than my beautiful girlfriend.”

Eugene has been “deeply touched” by the love and support he’s received from both home and abroad.

“I would love to thank each and every one who has supported me individually but anyone who knows me personally will tell you just how much I truly appreciate it. From family and friends, to old class mates I haven’t seen in years and even complete strangers; it really is mind blowing!”

Eugene is proud to be the only finalist hailing from the West of Ireland and is hoping to get this side of the country behind him.

He believes that the many years of hard work and persistence set him apart from the other competitors.

“I would never disrespect any of the other finalists by saying my dream is any more important than theirs, nor would that be true. We all share a mutual passion for our goals and ambitions and I will never give up on mine, no matter what,” he said.

“But what I will say is this… I am many years working incredibly hard towards my dream. There have been many setbacks along the way but I never let these moments stop me.

“They only add fuel to my burning desire to be where I aspire to be. I always say to everyone, no matter what your goals are in life, never give up on them” Dream it, believe it and achieve it!”

Should Eugene win the opportunity to fly the flag of Ireland for the West, he will get to show those who supported him-and the world-the whole experience captured on film.”

Eugene can be voted for every day up to and including June 27th.

Those wishing to give Eugene their vote can do so at Bud-Dreambig.ie/vote—and Conor McGregor will announce the winner on American Independence Day, July 4.