In just over a decade from now, Salthill will celebrate a century of being one of the best known seaside resorts in Ireland, in the roaring twenties, thousands flocked westward annually to get their taste of Ireland’s Riviera. Walking along the Prom, sampling the fresh sea air, eating ice-creams and partaking in the seaside activities, Salthill became the resort of choice for discerning holidaymakers in the early years of the State. 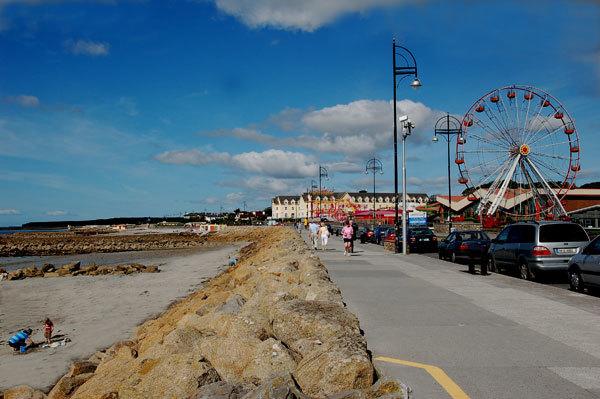 It was not until December of 1928, that Salthill’s legacy as a sunbathing location began. According to a report in the Connaught Journal newspaper, the inflow of tourists to Salthill resulted in an increased interest in houses around the Salthill region for which tenants were charged high rates.

The paper reported that for “a really beneficial holiday, the purest of air, the best of sun bathing, pleasant walks, and charming scenery, Salthill cannot be beaten.”

However, the sun did not always shine on Salthill. The purge of the Great Famine caused irreparable damage in Salthill. Lord Oranmore and Browne was forced to partially relinquish some of his estate to an entrepreneur named Barton who inserted a number of summer dwellings that were used by university professors. During that time of economic social, and agricultural devastation, some 2,000 starved Salthill residents flocked to the Dominican Convent in Taylor’s Hill for food and many villages in the Salthill region disintegrated under the weight of the famine.

The living standards in Salthill resurged again in the 1860s with the arrival of the Eglinton Hotel followed by the introduction of the tramway lines connecting Salthill with Eyre Square in 1879. This tram service was systematically more advanced than some of the tram systems in Europe at the time.

The trams could transport up to 36 passengers with services running every 10 minutes, and on market days—the tram users shared the seats with ducks, hens, and even piglets being transported to market. The tram vehicles were enhanced and developed with the passing years.

A shelter for waiting passengers was erected in 1880; single decker trams were introduced in 1880 exclusively for winter use, and trams with upper deck usage arrived in 1909. Trams were powered by horses and the British Army commandeered the beasts for the WW1 and that, coupled with a series of financial difficulties resulted in the decimation of the tram system in 1919.

Salthill continued to flourish with the building of small hotels and guesthouses and a road was built which would later merge Salthill with the city. It was a popular holiday spot for farmers—known as the Famairi—when the harvest season had concluded. The Lazy Wall was a known gathering site for those guests and they would often come back the following year to meet again.

The Pavillion dance hall or The Hangar was the social focal point of Salthill in the 1950s. It was a consistent source for local revenue and it was particularly popular on Sunday nights when céilís were staged. Other dancing facilities were in a ballroom above Toft’s Amusements, and the Seapoint Ballroom, where showband acts made regular appearances.

Censorsip was rife in Ireland and Salthill was forced to comply. Traversing along the prom was always, and always will be, a modest pursuit, but there was a time when intergender mingling was prohibited on the prom. The Blackrock diving area was only accessible to men while women and children were segregated to a designated area called The Ladies.

All in all, these new developments will make Salthill an even more desirable place in which to live, work, and play. Already the town is a social hotspot with cuisine of many varieties to be found in the excellent restaurants and brasseries in the village.

Recent property prices in the area show that there is a growing demand again for homes in the Salthill area. With the best of all worlds for residents in terms of access, facilities and fun, you can see why Salthill is a truly happening place that has worked hard to develop itself.

In this regard, it shared the Advertiser’s buy local ethos that by keeping your business in Salthill, you are keeping Salthill in business.

Salthill is a model for other areas to follow—it has worked hard over decades to build a quality of life while maintaining the village feel. For that it deserves our support this summer.