The Minister of State with responsibility for the Office of Public Works and Flood Relief, Sean Canney TD, today visited the site works of the Claregalway Flood Relief Scheme in the company of elected representatives and officials from the OPW and the design consultants. Construction works on the Scheme commenced in June of this year and will be carried out over a three year period with substantial completion expected to be achieved by the end of 2018. 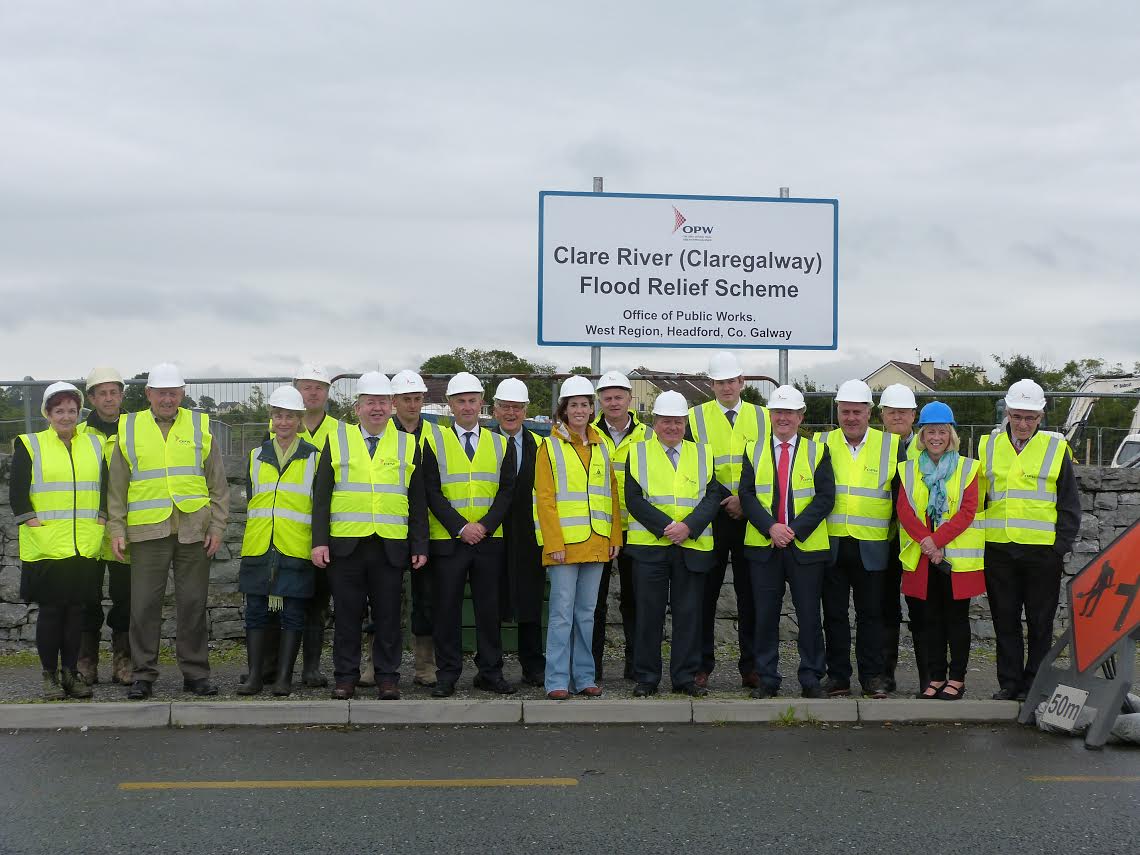 Among the works which have been commenced include the construction of a pipeline in the Lakeview area and re-grading the channel both upstream and downstream of Claregalway Bridge.

The Minister today stated that he was delighted that works on the Scheme, which has a Project Budget of just over €6 million, had been commenced and looked forward to the full completion of the Scheme which will protect approximately 77 properties when all measures are in place. The Scheme is also further proof of his and the Government’s commitment to implementing a range of flood relief measures throughout the country after already committing to expanding the Flood Relief Budget to €430 million over the period 2016–2021 under the Capital Investment Programme. 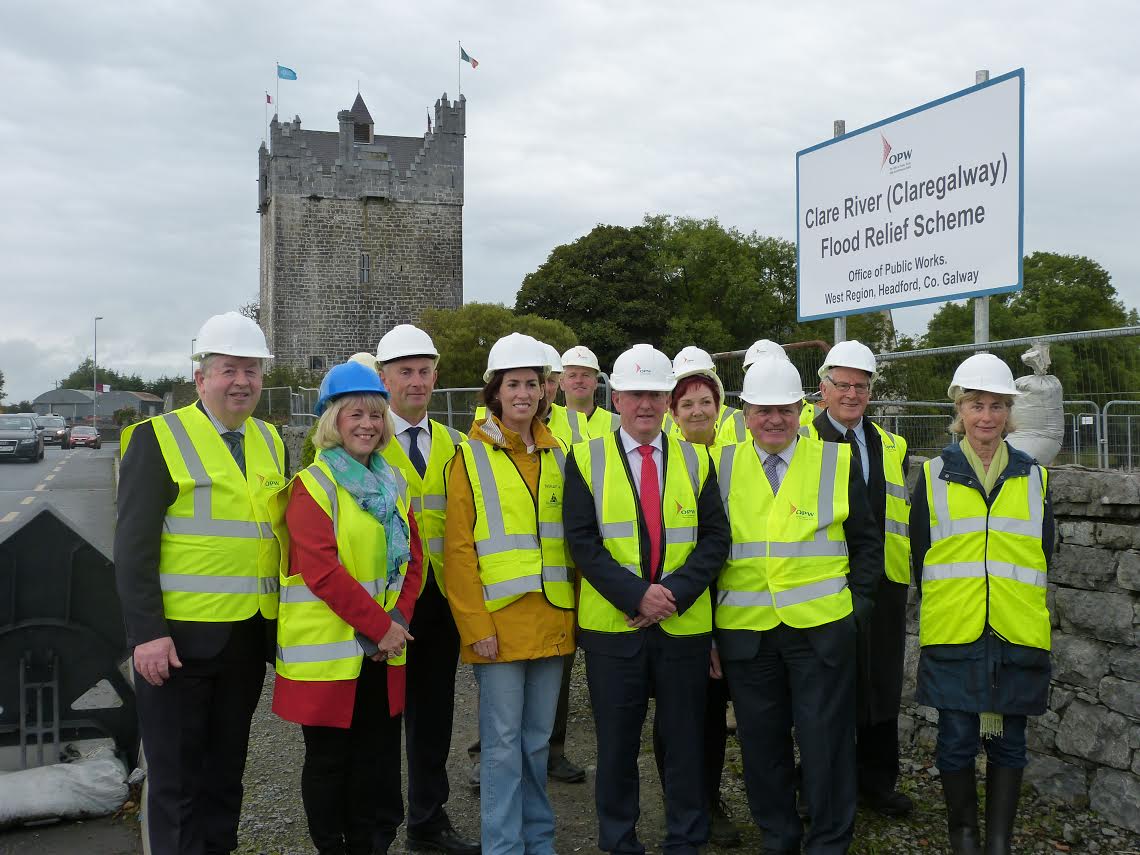 The Minister also stated that the Claregalway Scheme is one of four major schemes to be commenced already in 2016 with another two schemes to be commenced before the end of the year. The Minister also stated that he had written to all Local Authorities to highlight the Minor Flood Mitigation Works and Coastal Protection Scheme under which Local Authorities can apply for funding to the OPW for works and studies which can be implemented with a value of up to €0.5 million. So far, over €30 million has been provided to Local Authorities for over 500 projects which is providing flood protection to over 5,000 properties.