We had a massive turnout for our first training session of the year recently, with 30 first years and 16 second years in attendance. Our first years then competed in a hurling blitz in Ballinderreen against schools from all over Galway. We had enough players to enter two different teams and each team played three 15min games. Our second years have a similar blitz coming up this week.

Hurling training is on every Tuesday evening from 4 – 5pm in the Claregalway pitch. 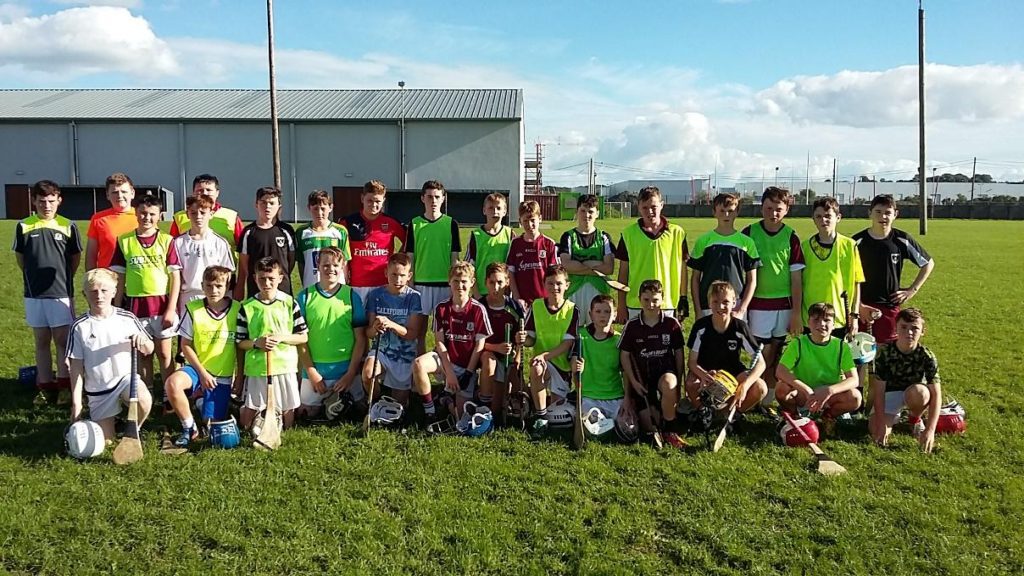 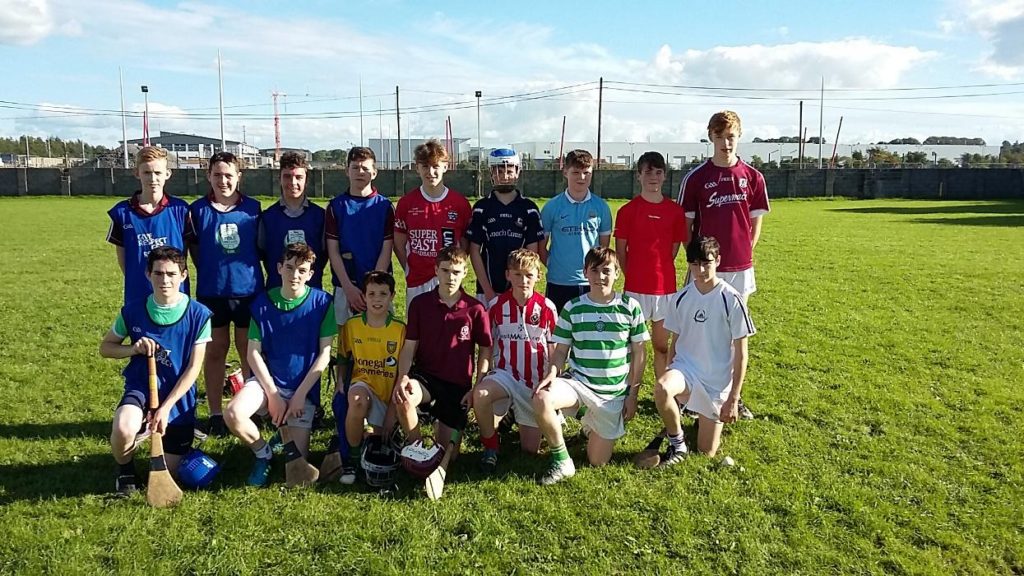 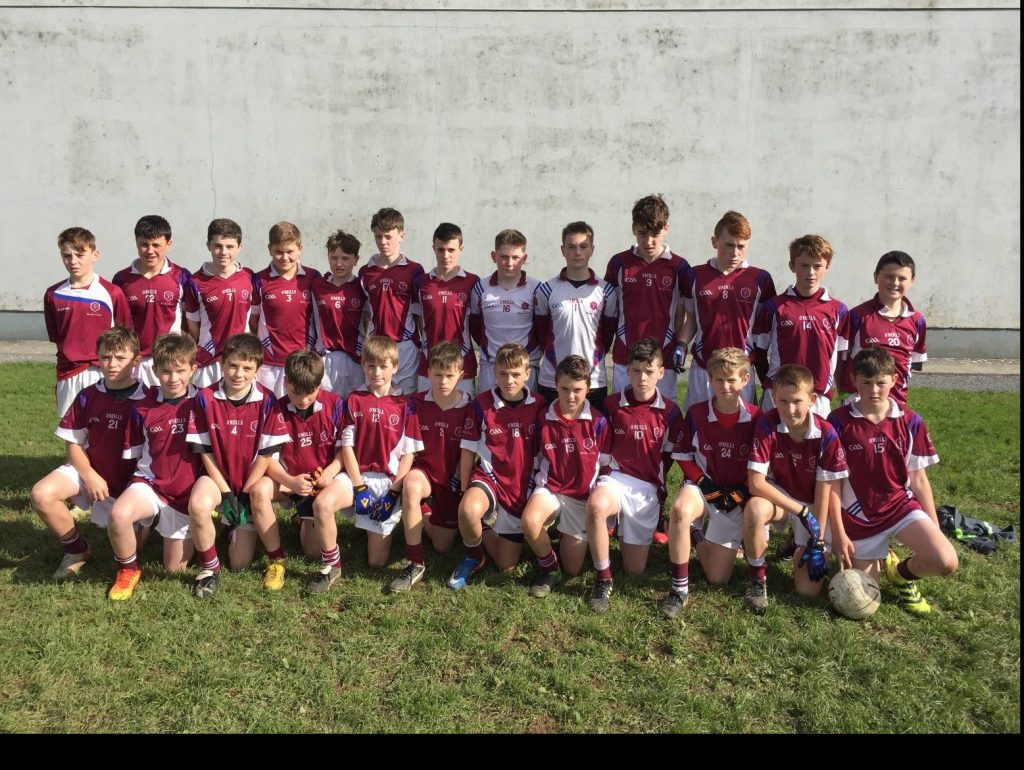 Won 6-4 to 3-4 against Calasanctius College, Oranmore

All students are welcome to join the lunchtime run, all levels are catered for students change into their PE gear and we meet at the front of the school. 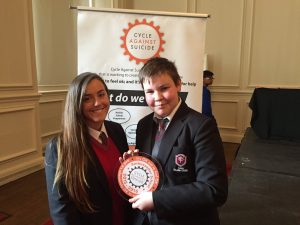 On Friday last, September 23rd, the now annual Cycle Against Suicide Ambassador School Awards ceremony was held at the Royal Hospital, Kilmainham. These awards recognised the immense efforts of 83 schools around the island of Ireland who have completed the Ambassador School Programme, and become actively involved in mental health promotion. The Ambassador School Programme, one aspect of a wide range of Cycle Against Suicide initiatives, is school-led, and involves the completion of “Five Gears” over the course of a year, all of which are aimed at raising awareness of the message that “It’s OK not to feel OK; and it’s absolutely OK to ask for help”.

At a special reception held at The Royal Hospital, Kilmainham, Coláiste Bhaile Chláir was awarded the prestigious status of Ambassador School by Cycle Against Suicide in recognition of its fulfilment of the Five Gears, and its exceptional commitment to the promotion of positive mental health.

Coláiste Bhaile Chláir was represented at the event by Link Teacher, Mr Kevin McHugh and students Rebecca Norman and Liam Veenstra, who understandably are very proud of their achievements. “The Ambassador School Awards ceremony was a great day. It’s wonderful to attend such a positive event, and have the efforts of the students recognised. Our participation in the Ambassador School Programme has had an enormously positive impact on our school community, fostered a school-wide approach to the promotion of positive mental health, and provided incredible opportunities for student leadership”, said Mr McHugh speaking at the event. Representatives from the main education bodies and trusts, the Institute of Guidance Counsellors and the Ombudsman for Children, Niall Muldoon, all attended to celebrate the remarkable achievements of the schools involved.

The Minister for Education and Skills, Richard Bruton TD, congratulated the schools which completed the Ambassador School Programme. The Minister said: “It is fantastic to see that 83 schools around the island of Ireland have completed the Ambassador School Programme, and become actively involved in mental health promotion. This is a hugely important issue that affects so many families. I strongly support the promotion of positive mental health awareness in both primary and post-primary schools.”

Founder of Cycle Against Suicide, Jim Breen, who has recently been appointed to Minister Helen McEntee’s new Taskforce on Youth Mental Health said, “On behalf of Cycle Against Suicide I’d like to thank each of the 83 Ambassador Schools for their extraordinary commitment to breaking the cycle of suicide on the island of Ireland. Each of them has gone the extra mile to raise awareness of our message, empowering themselves and others to build resilience, and seek help when necessary. The efforts of these school communities, teachers, students and parents, is changing the mind-set, behaviour and culture of an entire generation.”

The leading charity was founded by Breen in 2012 after his appearance on RTÉ’s “The Secret Millionaire”. Each year the Movement engages with individuals, schools and communities through a variety of initiatives such as the Schools’ Programmes, the 14-day main Cycle around the island of Ireland, a SpinOff series of locally organised cycles, and Events Against Suicide, a dynamic week long programme of events which runs each September to coincide with World Suicide Prevention Week. To volunteer, register, or for more information please see www.cycleagainstsuicide.com . 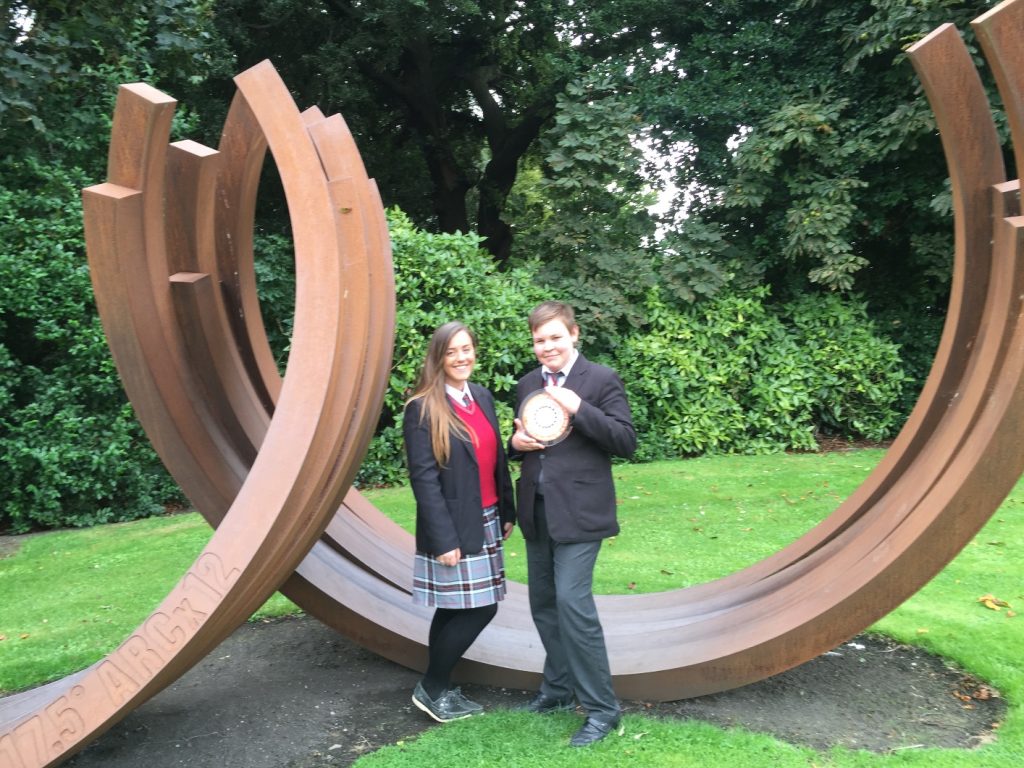