PEOPLE living in private rented accommodation in County Galway are paying an average of more than €830 extra per year to their landlords compared to a year ago, according to new Government figures.

And the latest statistics from the Residential Tenancies Board (RTB) and Economic and Social Research Institute (ESRI) show that Headford continues to be the most expensive location in which to live.

The report shows that monthly rents in the county at the end of September were averaging €904 – up €70 per month from a year previously.

The RTB Rent Index is the most accurate rent report of its kind on the private accommodation sector in Ireland, because it reflects the actual rents being paid, according to the RTB’s records, as distinct from the asking or advertised rent. which is the basis of other rent reports such as Daft.ie

The other most expensive areas in which to rent were Oranmore (€840 per month) and Monivea at €772.

The cheapest areas in the county in which to rent were Portumna at €461 per month on average; Ballinasloe at €526 and Clifden at €534.

Comparing the figures from the end of the third quarter of 2016 to three months previously, there was a significant jump in rents in Headford of €166 per month on average, compared to a €35 increase in the county as a whole.

Director of the RTB, Rosalind Carrol, said: “While the rate of growth in private sector rents appears to be moderating, it is prudent not to read too much into the results for any single quarter.  The market is still volatile and therefore it is difficult to identify patterns.” 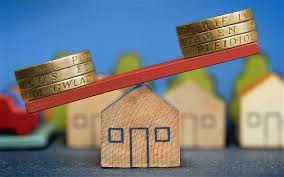