Coláiste Bhaile Chláir have been hugely successful in Cross Country Athletics Event so far this year. On the 26th January, the school had 48 students running at the South Connacht event in South Park Claddagh, Galway. The school was represented at all levels, with teams entered in the Minor Girls and Minor Boys, Junior Girls and Junior Boys, Intermediate Girls and Intermediate Boys, ad Senior Boys categories. We are proud to say that on the day, the Junior Girls, Intermediate Girls and Intermediate Boys teams qualified for the Connacht Finals. In addition to this, Shauna Brennan had an exceptional performance in winning the Minor Girls race(picture below). Thomas McStay and Aaron Brennan held pride of place on the day, finishing 1st and 2ND, respectively, in the Intermediate Boys event(picture below).

Due to these excellent results and performances, the school brought 14 students to the Cross Country Connacht Finals in Calry, Sligo, on the 7th February. Again, it was a hugely successful day for the school, with 3 students securing individual qualification for the All Ireland Finals, and our Intermediate Girls team also securing a place in the team event.

Shauna Brennan produced yet another outstanding performance as she battled through a very tough course to finish 2nd in the Minor Girls race, and in doing so, qualifying for the All Ireland Schools event. Joanna Healy ran a brilliant race in the Junior Girls event, a race which she will still be under-age for next year. The team performance of the day goes to the magnificent Intermediate Girls, as Meabh Clancy, Ciara McCarthy, and Vitska Mulroy putting in a battling performance to ensure that the team finished on score of 47 points, resulting in qualification for the All Ireland Finals.

In the Intermediate Boys race, there was again, two powerful performances from Thomas McStay and Aaron Brennan. The two lads turned in two excellent races, as the tough course didn’t seem to phase the, with Thomas finishing in 2nd place and Aaron coming in a close 3rd position.

As a result of these admirable performances from all athletes, the school is proudly being represented in three events at the All Ireland Schools Cross Country Event. The event takes place in Mullask, Belfast, on Saturday the 11th of March.

The future of athletics is in safe hands at Coláiste Bhaile Chláir and we are hugely excited at the prospect of being so well represented at the Schools All Ireland Cross Country Event. 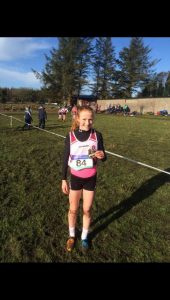 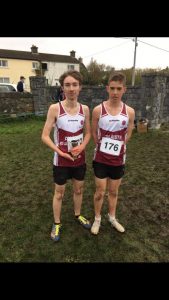