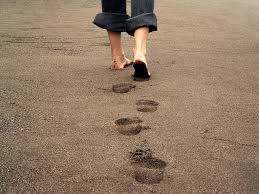 Every week I get an email or two from people moving to Doha, Abu Dhabi or Jakarta and looking a piece of advice or guidance on their move.

The emails are usually along the lines of, ‘Hello, we are moving to Qatar in six weeks, my husband has gotten a great positon with Ali Bin Ali Bin Ali Group and we are really excited about the move, We have two children 18mths and 3 years and I was just wondering can you give me some advice on moving to Doha.  We are from Dungarvan in Waterford but my sister-in-law in Douglas gave me your email address, she said you write for the echo and might be able to help.  I look forward to hearing from you.  Yes, somewhere along the lines of the above, that’s how the emails read.

Out of manners and basically willingness to help, I always try to reply. Before I reply though I re-read, and this is now it reads between the lines. ‘Hello, somewhere over the past few months we’re agreed to move to Doha in Qatar, now it is six weeks away, I am beginning to panic.  Hubby says it’s a great move for him professionally so I’m going to hold him to that statement, should things go pear-shaped in the future.  I mention the company here in the context of my excitement, so please, no negative comments, I’m already nervous enough.  Financially things have been disastrous for ages but the second child finished us. I took extended unpaid leave on top of my maternity leave and after six months being back in the workforce and paying 75% of my wages to ‘Little Acorns’, I’m thinking F this for a game of soldiers, I’m off.  Hubby has been bypassed for a promotion the last three times at work so he was only too delighted when the offer came from Qatar.   Now it’s coming near, I’m wondering have we done the right thing.  My sister-in-law has a mansion in Douglas and could never leave Cork but has no issue telling me ‘go for it girl’ cheeky B. So here goes, I’d said I’ll email you.  Reply if you like, I’ve emailed twenty five others online anyway’.

But that’s only what I read, I may be wrong, so I choose to respond for what is actually written in the mail as opposed to what I interpret.

I the past I used to respond with list of compounds, apartments etc. highlighting the good and bad point of each. Where possible I would attach a link to the website and the name of someone I knew living there.   I would follow that up with lists of schools, British, English, International, Multi-lingual and Bi-Lingual.  Again I would mention the positive and negatives in each one, links to the websites, tips for getting the kids in to school.  I would add in a quick paragraph about what the British curriculum entails and how it compares to the Irish curriculum.

Flight tips, car hire, health cards, dental  regime, general do’s and don’ts, what to expect, what not to expect, I would go through it all and finish it off with a few lines of what I personally thought of the place and my time there.

I don’t send those emails anymore, because there is only thing that will determine how your time in Abu Dhabi, Jakarta or Doha goes, and that is, where you are coming from.  Perspective determines perception.   If you’ve spent the last five years in California, roller skating to work and enjoying Friday beers with the gang in the office then life in Doha, may be a little disappointing.  But if you’ve spent a while, packing two young kids into the car at 6.45 in the morning to bring them to the crèche and then battle your way through Dublin traffic to get to your desk by 9.05a.m., where you will take home roughly 25% of what you earn after the government have already taken 43%, then life in Doha will be seventh heaven for you.

So a word of advice for all those deigning to depart Ireland for the sandy dunes of Doha, Dubai or even Dungarvan, your success may be more about where you’re coming from than where you’re going.