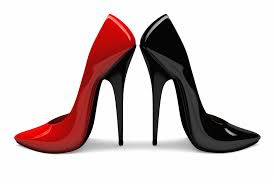 International Women’s Day was celebrated last week and what a great turn-out there was, online at least, lots of coverage of famous women around the world who are doing and have done great things. Mind you, I felt a bit dubious as it somehow implies to me that women are working off a handicap, ‘an engineer and a woman- amazing’ that kind of thing doesn’t sit well with me but hey, I’m not going to get all feminist here, I’ll take the opportunity to celebrate women, anytime.

So I started to think of all the fabulous women I know, women I meet everyday and guess what, I just realised I don’t really know many women in Qatar. I know a whole pile of mom’s, a good few wives, and maybe eight fabulous women.   In Ireland, I know tonnes of women, a few moms and no wives because women in Ireland don’t general live in the shadow of their husbands, they have their own identity. This is the not the case in Qatar, a recent conversation with my 5 year old son (6 really but I’m refusing to recognise it yet – that says it all doesn’t it) went like this, ‘mom, why does Molly’s mom work?’, ‘Because some mom’s work that’s all and some mom’s stay home’, ‘I like you staying home, you’re the best mom’, ‘thanks son, mommy is good at other things too you know’, ‘don’t be silly mom, you’re just a mom’….. from the mouths of babes.

Thing is, the fastest possible way to lose your identity as a woman is to move to Qatar or Abu Dhabi, Jakarta, Nigeria, Borneo, Kazakhstan, Saudi or Kuwait.   The majority of expat women in Qatar have one purpose, to facilitate the integration of kids into their new society and continue to doing so each year as the contract gets renewed. They, myself included, lose the status of woman and become ‘mom’. The role of ‘mom’ snowballs until it totally encompasses the woman and before she know it, she is one dimensional. Her husband is her sponsor, she has no income of her own, her world is her kids and ‘housewife’ is her formal title on her Residents Permit. Her role is to support others and the ‘woman’ she is, is so buried in ‘mom’ it becomes invisible.

The women that are wives only, i.e. no kids in tow, are no better off. Halfway between two worlds, maybe three, if their son is in Singapore, their daughter in Dubai and their home rented, she lives in Qatar, purely because her husband has a job here until he is sixty and is forced to retire.

In Ireland, whether you’re married or single, home with kids or in the workplace, women are still women, they are recognised as stand-alone beings in society and community and not just mom’s or wives that are there for one purpose. They have depth, purpose, dynamic, they are three dimensional.

The women that are three dimensional in Qatar and have maintained, even created their status as ‘a woman’ and not just ‘mom’, are by and large those that work. Work here to mean, outside of the home, and not spending day after day picking up stray socks and reminding absent minded kids about overdue library books. Occupation is the key and while the internet is awash with all that wishy washy stuff about how being a mom is the most satisfying, gratifying thing you can you do on earth, but while it might make you a great mom, but will you lose the woman in you?.

As a non-working stay at home mom of four I can add that the most difficult thing to do in a day is to maintain some link to the person you want to be outside of your children. Be it working for your own money, sanity, stimulation. Joining a musical society, a book club or a golf club. Get a tattoo, a piercing or shave your head, anything, but be a person, a woman, outside of being a mom, and the irony being, that’ll make you a truly great mom!