The entire community around Lackagh and beyond were shocked and saddened at the unexpected and untimely passing of Amanda Coakley of Carraig Mór. Amanda and her husband Pat had lived in Lackagh for over two decades and were much loved and respected within the community.

Amanda was a very popular teacher in St. Jarlath’s College in Tuam and a respected member of Carraig Mór estate.  The news of Amanda’s untimely and unexpected passing after a short illness left a stunned silence over the community and people of many ages wept openly as hundreds thronged at her funeral in Lackagh.

Amanda was a loving mother to her two teenage children Seán and Emma and a devoted wife to Pat. It has been a difficult year for the Coakley family as both Pat’s mother and Amanda’s mother both passed away in the past nine months and Amanda’s uncle died earlier this year.

Despite the heavy rain residents of Carraig Mór escorted Amanda’s remains as they were taken from her home in Carraig Mór to Lackagh Mortuary Chapel.  Her colleagues in the staff of St. Jarlath’s College in Tuam and members of Lackagh Foroige Club formed a guard of honour as her remains were taken to the church. Most Rev. Dr. Michael Neary, Archbishop of Tuam, led the hundreds who filed past the coffin to pay their respects.

Residents of Carraig Mór provided the singing at her funeral Mass and a family photo and a poetry book were taken to the altar as gifts to symbolise Amanda’s love of family and education.  Staff and students from St. Jarlath’s College formed a guard of honours and escorted the remains of Amanda as she was taken from the church to Lackagh cemetery where Fr. Des Walsh and Fr. Brendan Kilcoyne, PP Athenry and chaplain to Presentation College Athenry, officiated at the graveside. 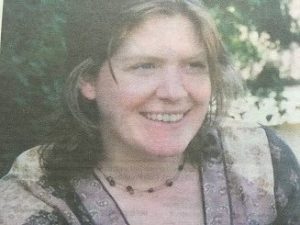