GARDAÍ are investigating an incident in Claregalway where properties have been broken into and property moved around.

The incident happened in the Kiltrogue area last weekend, with a number of farms and properties targeted.

While no property was taken, items were deliberately moved around and the homeowners and farmers concerned have been left disturbed by the incident.

Local Fianna Fail councillor Malachy Noone said that while no harm had been done, the people affected had been left very upset by what had happpened.

“It’s disturbing to think that someone is in your home or on your farm going through your things,” he said.

“Gardaí are investigating the matter but it’s hard to know if this is a deliberate prank or if someone is unwell, or simply drunk.  There’s a big difference.

“One way or another the person or people responsible will be caught because they won’t be able to cover their tracks.  There’ll be CCTV camera at some house in the area that will pick them up and hopefully then we will get to the bottom of it.”

In a separate incident. Gardai in Tuam are seeking information relating to a burglary in the Lavally area.

An unoccupied house in Cloondahamper, was targeted between Wednesday, May 24 and Sunday, May 28, where a washing machine and dryer were stolen.

Anybody who witnessed anything out of the norn in the area can contact Gardaí on 093-70840. 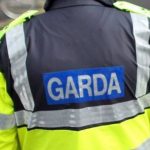