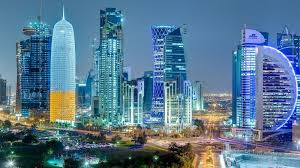 It’s the chief role of the expat mom, to make sure the children are happy, content, comfortable in the surroundings that are completely different to their home.

When we left Ireland first, seven years ago, I arrived in Qatar with an armful of Bun go Barr’s under my arm, the VPN was downloaded on the laptop and the toy show was played with the same ceremony as it always was and we ticked off the days in the calendar until we went home.

The Bun go Barr’s were the first to go. I learned a lot from them though, firstly, that I’m not home school material, secondly that my level of Irish hasn’t progressed much since I left Mrs Hannon in first class and lastly that you can’t teach an eight old anything they don’t want to learn. After a year or two of the toy show, they’d decided that there wasn’t a whole pile of toys on the toy show, but a lot of incomprehensible innuendo from a skinny guy trying to carefree in a Christmas jumper and a whole pile of talented intimidated kinds playing pieces on the violin or piano. The calendar lasted a while until there were significant dates during the year too, Ahmed’s party or school tour to Dubai and after a while we realised that if you want kids to settle you have to make Doha home and stop banging on about home, home. So that’s what we did. After two years of bare walls, we hung up a few pictures, put a welcome mat at the front door and slid into calling Qatar home and subsequently Abu Dhabi and Jakarta, but all the same, we called them all home.

So effective were my efforts that when my little boy was born in Qatar six years ago, we gave him a name with a fada (of course) but make every effort to raise him to be content at home, in Doha. Now aged six and in year 1 in the British education system, he learns Arabic as a second language and learns Qatar history but bows out of Islamic studies. I felt it time to introduce a bit of Gaeilge that would help with the intended re-integration of going home. ‘Hey how bout we learn some Irish, to be able to say it to the cousins in summer’, was my clever opening gambit. ‘nah’ was the response. ‘But we should, it’s easy and fun, haon, do, tri, see, that’s one two three already and dun an doras, see we know that already, close the door, we’re actually nearly there’. ‘but mom that’s their language, why would we learn that’. ‘because when we go home, you’ll have a headstart’, ‘HOME?, what are you talking about mom, I don’t want to move to a different country, this is my home, Ireland is a holiday place.’

The penny dropped, born here, raised here, schooled here of course it’s home! Seeing camels and Maserati’s on the way to school is home, having a swimming pool at home, at school at the football pitch is home. An indoor Ferris wheel where mommy does the shopping is home. It’s home when you’re from here. Having friends from different countries, so many that you don’t ask anymore, you just accept that they are where you are now, Doha, and for now, Doha is home for every six year.

Afraid to wreck his image of home I didn’t want to say the words, ‘Ireland is our real home, we’re just here for a while’. How could I? and Why would I?

But it’s worth remembering when shunting your kids around the world that there’s always the likelihood that ‘home’ and the notion of home may settle when you’re doing a stint in Kuwait or in Islamabad. And worse still that ‘home’ may mean a different thing to each of your four children! Worth bearing in mind that when you come to pack the bags for the last time to make the trip home to Athenry, Aherla, Athlone or Arklow, you may be leaving your children’s home, and then will enter perhaps the hardest part of emigration for a family, coming home!