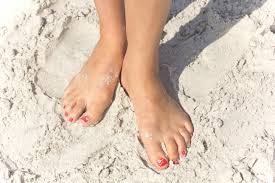 Stranded apart from the offer of the use airspace from Iran and Oman is not a situation I ever imagined for myself or my four children but stranded in a country that is being strongly accused of supporting terrorism in some manner or form, I certainly never imagined that.   Fours day ago it was called the Qatar Diplomatic Crisis now it’s being referred to as the Qatar-Gulf Crisis, that escalated quickly. The headlines since have been as follows:

And now the military in Qatar are starting to polish their boots and get in a nice straight line. If you were Irish, living in Qatar, minding your own business, looking forward to flying home for the summer, how would you feel? Uneasy, afraid, unsure of the future, no doubt. Angry, put upon, looking for answers from the government, no doubt. Protesting, marching, questioning of the sanctions affecting freedom of movement and fresh food, no doubt. And of course involved in serious political debate directly or indirectly, via online social media, the radio, news broadcasts and special sittings of the Dail. Those voted in would have to have answers, those responsible for getting in and out of the mess would have to offer transparency and clarity. All in all there would be uproar, and if Ireland was readying up to combat military intervention on top of all that, panic would be the underlying feeling among the public.

Given the geographical arrangement of Qatar and the fact that the only land border is with the Kingdom of Saudi Arabia, where 40% of the food supply in Qatar comes from, closed borders are major source of concern for us here in Qatar. In the past four days the supply of milk, chicken and other fresh items had ceased. Ironic, given my efforts to stash boxes and boxes of Barry’s Tea here in Qatar that it would be the availability of milk that pose the real problem. But today we’ve been replenished thanks to Turkey and Iran.

The major carriers and major airports providing access to Qatar have ceased flights, Etihad and Emirates will not fly to Qatar and residents of Qatar are not allowed a visa on arrival in Dubai or Abu Dhabi, if there were lucky enough to make it there via Oman. The Qatar Airways direct flights from Doha to Dublin is make its virgin flight on the 12th June, it is on this flight that Irish people are pinning their hopes.

What’s it like here in Qatar? That’s what everyone is asking. Those asking are applying western expectations to a middle eastern situation.  Thing is, whatever fears we have, we keep to ourselves because there is no medium to broadcast unfavourable opinion. We already know that social media is monitored here in Qatar so the UAE reports to punish those publishing on the subject are almost laughable, we’re too well trained here in Qatar to comment, like, share or post without giving the implications of same significant thought.

The Qatari Government has issued a few statements, ‘the accusations are unfounded’, ‘we have enough food for 12 months’ and guess what, nobody here argues. Expert in their ability to suppress and oppress but above all else, achieve, the Qatari government will come under no pressure from its two million expatriate residents. The 250,000 citizens are innately confident in the abilities of their own government to care for their own.

These days are an exercise in stoic calm, unable to take action we are forced to wait and see, perhaps afraid to speak out until we get out!