THE panoramic view from the top of Knockma will be seen by walkers from early next year.  That’s the hope of local TD Seán Canney following the news that €80, 000 has been allocated to Galway County Council for work on extending the existing looped walk.  The trail on the hill just off the Tuam-Headford road, two miles beyond Belclare and in the parish of Caherlistrane, has long been popular with walkers.  However, because the summit of the hill, which included three prehistoric cairns, was on private land the highest point on the trail did not reach the summit.  That land was bought earlier this year as a result of representations to Ministers Heather Humphries and Michael Ring. Following consultations with archaeological and environmental experts a path has bee set out which will not encroach on the ancient monuments but skirt around them.  The local sub-committee of Caherlistrane Community Council, chaired by Cllr Billy Connelly, has expressed delight that the County Council has been granted the money it applied for.  They hope that further funds may be available towards the end of the year from the Parks and Wildlife Service, who manage the amenity.,  The vista from the summit stretches from Knockdoe Hill near Abbeyknockmoy to the hills of Clare, Galway Bay, Lough Hackett, Lough Corrib and the Connemara mountains and Croagh Patrick.  When completed the trail will attract many more recreational walkers and tourists to the area. 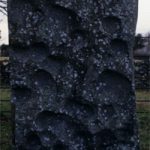 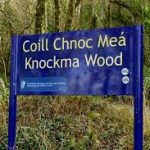