At the recent Clare River Harriers Athletic Club the attendees were informed that during 2017 the club was possibly the fastest growing athletic club in the country with adult membership up from 44 to 68 and juvenile memvership up from 0 to 168.

All members associated with the Juvenile section were thanked for their tremendous contribution in successfully reviving the juvenile section of the club in 2017 and congratulated for the immediate success in their first competitions where juveniles won 18 medals in the Connacht cross country.

The Club also extended their appreciation to Claregalway Football Club for enabling them to use the facilities at Knockdoemore. 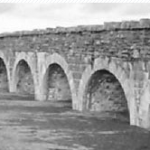