It was this month, April, six years ago when I was ordered by the CDF/Redemptorist superiors to step down from priestly ministry. There was a short period during the summer months when I was allowed back, while efforts were being made to sort things out, and then in September the sanction was re-enforced, and remains to this day.
For various reasons, thoughts of that year, with all its stresses and strains, its drama, and the struggle making major, life changing, decisions, is coming back to me now. I think that for the most part I have moved on with my life, and most of the time I don’t miss public ministry very much. But every now and again the memories of that time come back clearly, and I know that there is still a residue of hurt, regret and sadness.

A lot has changed in the Church since that time six years ago. Benedict was still in office back then; Gerhard Muller was in all his pomp as head of the CDF, and they ruled the roost in the Vatican, and indeed in the Church.
Now Francis has just completed five years, and while some complain that his reforms are not sufficient, he has, I believe, dramatically changed the mood within the Church. Muller is gone, the CDF has largely lost its power, and the days of heresy hunting are over, at least for the present. Francis has introduced an openness and freedom of opinion and speech in the Church that we haven’t seen since those days immediately after the Vatican Council in the nineteen sixties.
He has, of course, got his opponents, and they are not shy about public dissent from his words and actions. It is ironic that those who were most diligent in imposing orthodoxy in the previous regimes, silencing anyone who raised even the mildest questions about issues in the Church, are now the loudest in criticising and condemning Francis. Cardinal Burke and his cohorts are vociferous in their condemnation of the Pope, and even Muller is not averse to firing shots across the Papal bow. This does annoy me, when I allow myself to think about it. For example, Burke’s criticisms of the Pope go way beyond anything myself or others like me ever said or wrote. And yet there is no move to silence him or the others. They are allowed complete freedom to express their opinions, and to organize their conferences, while continuing to minister in full standing within the Church. (I don’t have a problem with that in itself; I think that is the way it should be in our Church) While I remain outside the fold, unable to do my priestly work, branded a heretic, and left in this ‘limbo’ state. The three issues on which I was sidelined – the origin and nature of priesthood, aspects of Catholic sexual teaching, the ordination of women – are now being freely discussed and debated right across the Church. And most reasonable people would agree that they all need to be discussed, since there are legitimate questions that need resolution in all of them. When I read and hear these discussions going on I sometimes say to myself: ‘Why exactly am I in the situation in which I find myself?’

I do actually believe that my Redemptorist superiors, or indeed the Irish bishops, if they really wanted to, could do something in this present very different climate in the Church, to get the sanctions against me lifted, and to restore my good name.
My biggest complaint from the beginning was the unjust and unlawful procedures that were used to judge and condemn me. It does surprise me that my superiors seem to have no concern about righting that wrong. Apart entirely from what it would do for me personally, it would be a great message that the Church had changed, and that in future people would be treated in a more fair and just manner. I believe this is one of the essential reforms needed. As long as the Church continues to operate kangaroo courts, which drive a coach and four through the most fundamental aspects of human rights, it will not have credibility In the modern world. I would have expected my superiors to show some action in this regard, and I am disappointed that they have not done so.

With Pope Francis coming to this country next August, it is important that everything possible is done in preparation for his visit to ensure that he will be well received, as he certainly deserves to be. If the Irish bishops really cared about justice and fairness in the Church they would be making representation through the channels open to them to ensure that the various sanctions imposed on the five living and one dead priests because of writings during the pontificate of Pope Benedict, would be lifted. If Cardinals Burke, Muller and others can openly defy the Pope without any sanctions, it is ridiculous that we, all of us being strong supporters of Francis, remain sanctioned. That action in itself would be very well received by the large majority of Irish people, and would help to create the type of openness and welcome that is necessary for the August event to be a success.

I am not holding my breath. The various levels of authority above me in the Church show all the signs of doing what past generations in their position have done. They will happily leave me where I am. If I die suddenly, they will say ‘nice meaningless words’ over my coffin. If I die of some lingering disease they will probably come with some form of ‘pardon for my sins’, as they partially did for Sean Fagan. If it comes to that, I hope I will be sufficiently alert to say ‘No, thanks’.

Tony Flannery (born 1947) is a member of the Redemptorist congregation, a native of Attymon, near Athenry in County Galway, Ireland. He is the youngest of five children, the eldest of whom died at three years of age. His mother, Maisie, who died in 1995, was a teacher in her early life, and after marriage she worked as a seamstress. His father, Paddy, worked in the local Bord na Mona bog, and they also worked a small farm. Tony joined the Redemptorists at the age of seventeen in 1964, and was ordained a priest ten years later, in 1974. He spent his priestly life as a preacher of missions, novenas and retreats, mostly around Ireland. He has written a number of books, and numerous articles in a variety of publications, both religious and secular. For about fourteen years he contributed a regular column for the Redemptorist magazine, Reality. Three years ago Tony was part of the group that founded the Association of Catholic Priests, and he continues to act as one of the Leadership Team.

In 2012 it was brought to his attention that the Vatican objected to some of his articles in Reality magazine. He was summoned to Rome by the Superior General of the Redemptorists, and this began a long process which culminated in him being forbidden to minister as a priest, a situation that continues to this day.  He has written a full account of his dealings with the Vatican in his latest book, A Question of Conscience.

He is under instruction from his religious authorities to remain silent, but in early 2013 he decided to ignore that stricture and go public.  Since then he has been active in the reform movement around the world, and is currently giving a series of talks around the country entitled Repairing a Damaged Church. 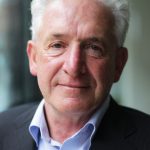