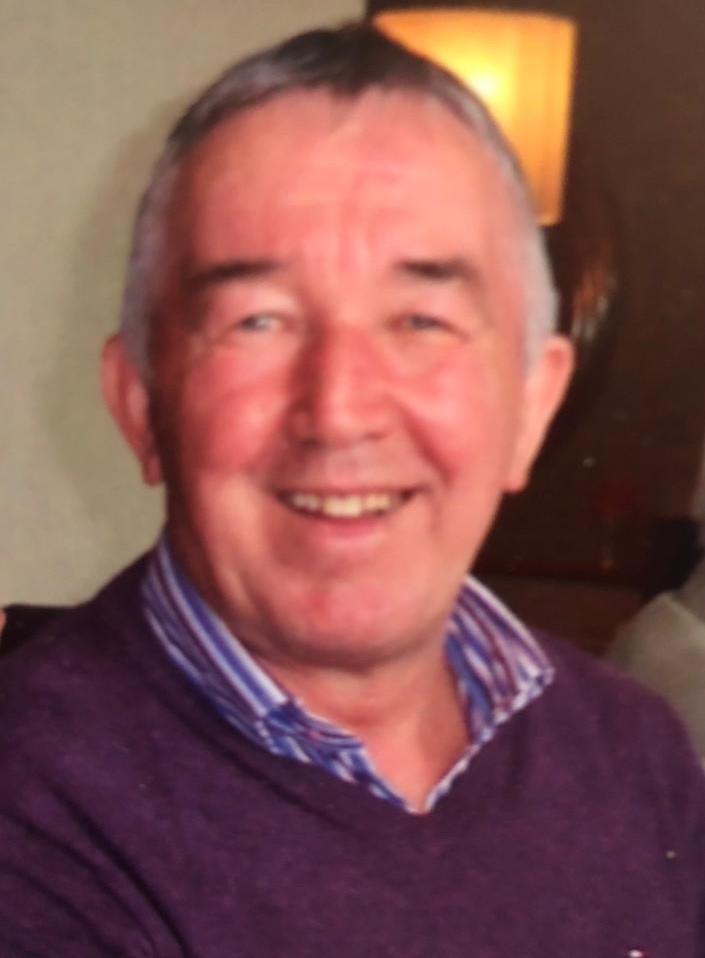 John Murphy, Gortadooey, Claregalway, Co. Galway. Peacefully after a short illness. Deeply regretted by his wife Teresa, daughter Nicola, sons Jonathan and Jason, son in law Mike, daughter in law Edel, grandchildren Rian, Keelan, Darragh, Isabelle, Jonah, Nevaeh, brother Eugene and sister Margaret, brothers in law, sisters in law, nephews, nieces, relatives neighbours and many friends. Predeceased by his brother Paddy Joe Murphy. May he rest in peace   Removal from his home on Sunday morning to the Church of the Assumption and St. James, Claregalway for Requiem Mass at 12 noon.   Due to government restrictions regarding public gatherings, John’s Funeral Mass will be held privately. Burial afterwards to Claregalway Cemetery. The funeral Mass of John Murphy will be streamed live on www.churchtv.ie/claregalway and broadcast on parish radio on FM 106.4   Family flowers only. Donations if desired to Claregalway Day Care Centre.   John’s family would like to express their most sincere thanks to the nurses and Staff at University College Hospital, Galway for their help kindness and support.   Anyone who wishes to do so, are invited to leave a message of condolence in the section (Condolences) below.