We all know that in July and August the London Olympic Stadium will become a hub of excitement with world class athletes setting out to break Olympic and World records. Most will come away without doing so. But local lad, 17 year-old Evan McGuire has already set a record of his own at this hallowed venue. On Wednesday last, May 2nd, he had the opportunity to run the 100m sprint, the first race to be held in the new Stadium. Evan had qualified from the On Your Marks event in Connacht in April. 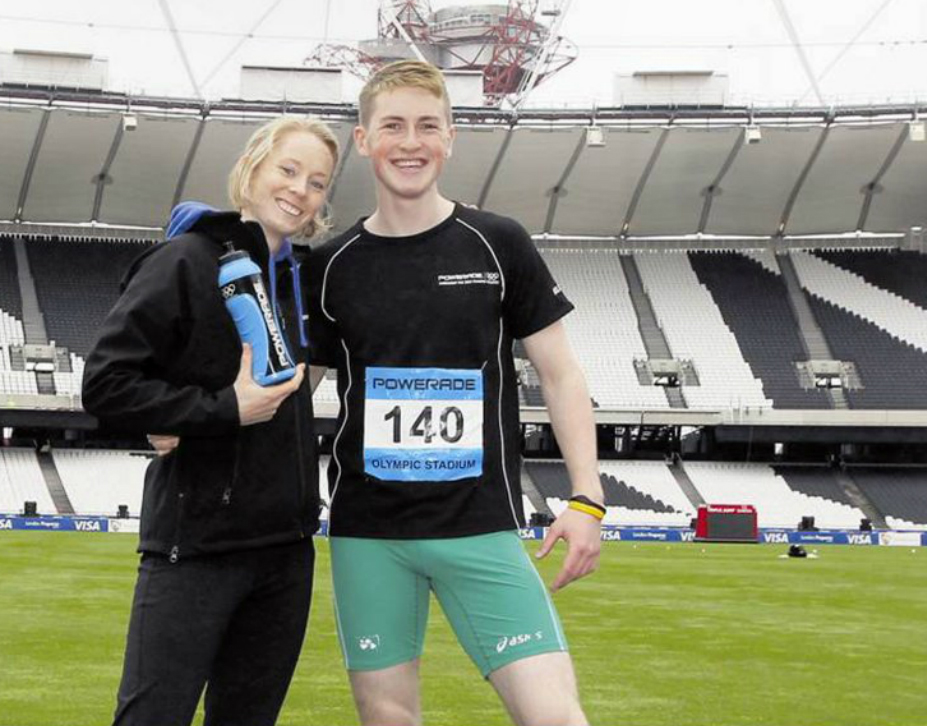 Sponsored by Powerade, Evan became the first person to set a 100m record at the London 2012 Olympic Stadium when he set a time of 11.38 seconds. This was a personal best for Evan and he is proud to have achieved this in the Olympic grounds. “To get the chance to run here was amazing but to be the first person in history to set a 100m record in the Olympic stadium in London is unbelievable. I will always be that person and it is part of the history of the stadium now which is just hard to comprehend”.

He started out very young while attending Claregalway National School and competed in every School Athletics Event and Community Games. He joined Galway City Harriers about five years ago. Currently Evan is concentrating on the 400m Hurdles as his major event.