Mark Rohan has had a busy summer representing his country in U16 European Basketball Competitions. Having gone through trials late last year, he was one of twelve picked to represent Ireland at U16 level. One other Galwegian, namely Darragh Mulkerrins from Moycullen, also made the cut. His summer journey started against Wales in the National Basketball Arena in Dublin, brought him to Scotland, followed by Luxembourg and will end in Belgium this weekend.

Mark made his debut for Ireland against Wales as Point Guard, and to the delight of his supporters scored 8 pts. Ireland ended up winning that game comfortably, but more difficult challenges lay ahead for the team as they prepared to travel to Scotland.

In Scotland, the Irish team started by playing Scotland’s U16s. This was the first competitive match for the Irish lads and it took them a while to get into the game. But thanks to the two Point Guards, including Mark, the team settled and began to show their superior offensive capabilities. Mark’s penetration through the Scottish defense, and his excellent release passes while under pressure, resulted in many assists for the outside shooters.

Ireland U16s went on to play the England Northwest U17 Team. This proved to be a much tougher team to play, but once again Ireland got the upper hand. The Point Guard from the English Northwest Team represented the England National Team last year and was a very strong defender. This did not faze Mark as he showed once again how he could beat players one-on-one with his speed and his most notable spin–move.

On to Luxemburg and a three games series. Luxembourg was by far the favorite for the game, but the Irish players had a different plan. It was a tight start, but the game began to open up in the second quarter. Ireland managed to build up a twenty point lead going into half time, with some excellent shooting resulting in scores from all players including the Claregalway lad!

The second half was much more difficult for Ireland as Luxembourg piled on the pressure trying to get back into the game. However Ireland controlled the ball and never gave up. It was an immensely impressive performance and Ireland came out deserved winners.

The next two games in the series against Luxembourg did not go to plan, with Luxembourg winning both games. However they did not have it all their own way in the third game. Mark played most of the match and once again proved himself as an excellent Point Guard. Due to his ability, and the ability of the entire team, to beat players one-on-one, Luxembourg were forced to retreat from an aggressive man-to-man defense to a zone defense. Luxembourg built up a 24 point lead in the third game, but Ireland fought back well, with excellent defense from all the players. Ireland ended up losing by eight after a tremendous fight back and look forward to playing them again in Belgium.

This weekend, 13th–15th July he will travel to Belgium where the Irish Team will take on Belgium, Luxembourg and England. It will be a fantastic three game series for the Irish lads and we wish them well.

Mark would like to thank his coaches from Claregalway Basketball Club,“The Bish” Secondary School and Moycullen Basketball Club, all the people who bought raffle tickets and those who supported the basketball marathon in Moycullen.

Last but by no means least his main sponsors who without their support this dream would not have been possible: 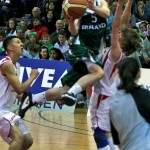 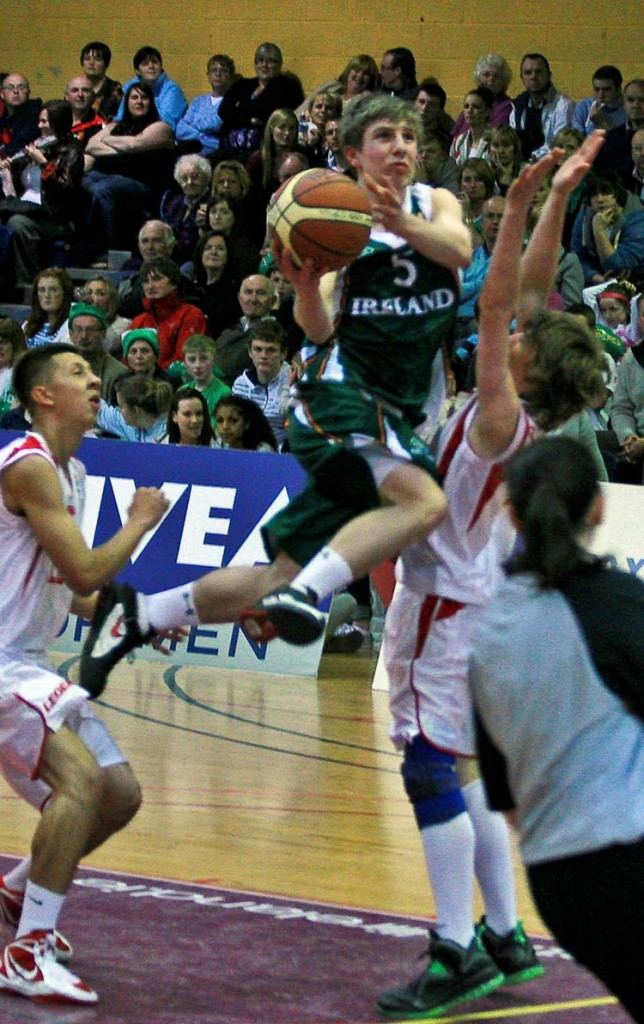