Cregmore-Claregalway FC U12 girls soccer team did their Club, County and Province proud at the Umbro National finals held in the AUL, Dublin last Saturday, October 13th when they progressed to the All Ireland Plate final, only to fall at the last hurdle to a very impressive Donegal side.

The side were undefeated in the group stages where they played out an impressive 7–0 win over Swilly Rovers (Donegal) and two 0–0 draws against Pilltown (Kilkenny) and Shelbourne (the eventual winners of the main competition).

Their best display of the day resulted in a 3–0 win for the Galway girls, Rhiann Heery scoring a brilliant hat trick to book their place in the All Ireland final.

This clean sheet meant that the girls had not conceded a goal in any of their four games.

There was to be no joy for the girls in the final though as tiredness and fatigue had already set in after a long day of soccer  and a very efficient and clinical Donegal Town team prevailed on a 2–0 scoreline.

CCFC did have several chances to score throughout the game and while they battled gallantly to the end they could not breach a solid Donegal defence.

Andrea Trill was very safe in goal and made many top class saves, while captain Gemma Coll led by example at the back ably assisted by Niamh Moran as they gave nothing away and tackled soundly all day.

Cliona ni Cochlain, Caitlin Quinn, and Sinead Donovan worked tirelessly in midfield and dominated most of the games to create scoring chances for their strikers.

Striker Rhiann Heery was the scorer in chief on the day, while Sinead Donovan, Caitlin Quinn, Katey Roche, Andrea Trill, Amy Walsh, and Aoife Lyons were also on the scoresheet.

This was a truly magnificent effort by this squad of young girls and they can all feel very proud of their achievement in reaching a National final.

They can look forward with confidence to next season’s encounters as eight of the girls are underage again next year. 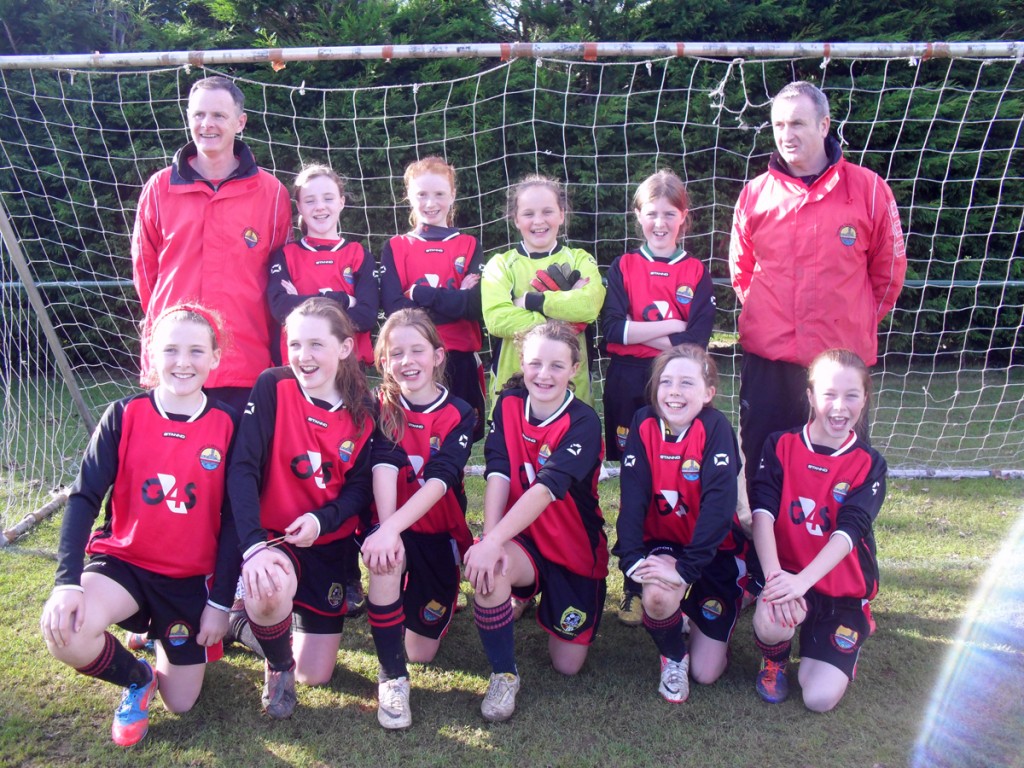