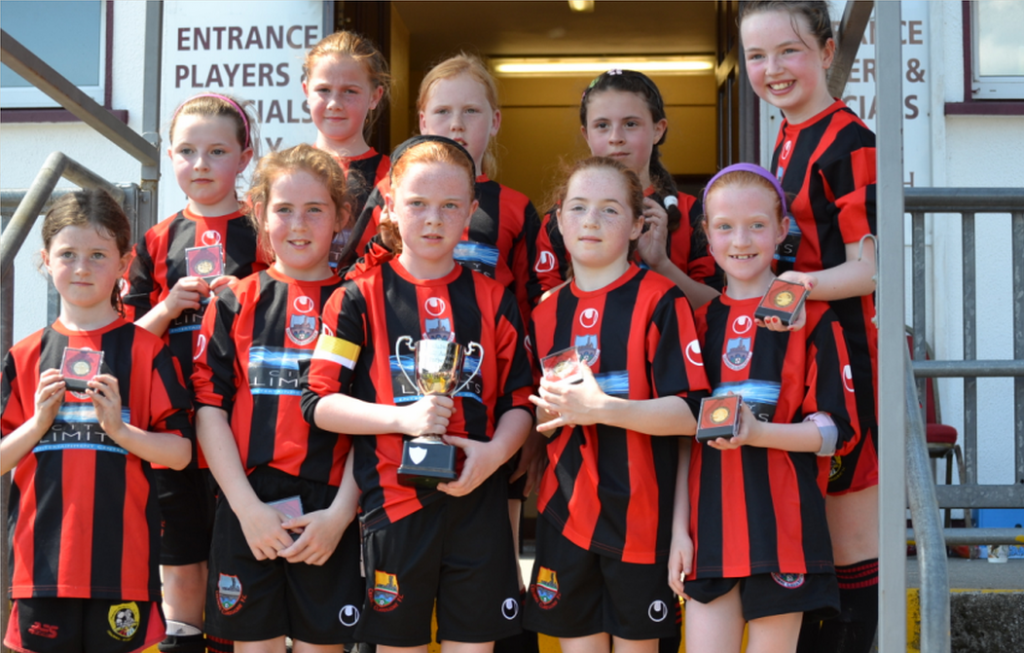 Cregmore U10 girls took on Kilshanvey U10 girls in Deacy Park in glorious sunshine on Saturday 8th June. Defending their title after winning the inaugural cup tournament in 2012, Cregmore were to make history again by winning the cup 2 years in a row, with an outstanding performance against a very impressive Kilshanvey team.

Playing 7-a-side with 20 minutes per half, both teams were missing players from squads due to other commitments and Cregmore started with 4 players short from their normal squad.

A corner after 5 minutes gave the first goal of the game. Kate Slevin crossed in at near post where Allanah Griffin directed ball into goal for an early lead. Battling temperatures over 25 degrees took toll on players from both teams and a first half of end to end action was a credit to all players given the extreme weather conditions.

In the second half, several saves by the impressive Cregmore goal keeper, Clodagh Grealish, was protecting a slim lead that was always in danger giving the attacking qualities in the Kilshanvey team. At the other end Cregmore were also seeing chances and with 5 minutes left sealed the victory with a well taken strike. A long kick-out from goals bounced between 2 defenders and Kate Slevin ran onto breaking ball to strike into back of net and seal the win.

Great credit goes to Kilshanvey girls as this was a very tight game and both teams gave an afternoon’s entertainment that was exceptional given the high temperatures and sunshine that made playing difficult. A large crowd roared on both teams from start to finish and great credit must go to parents and supporters from both sides for adding to the occasion.