Two clubs which are no strangers to the senior ranks—Claregalway and Menlough—will face off for what is an interesting county intermediate football decider at Pearse Stadium this Sunday (4pm). 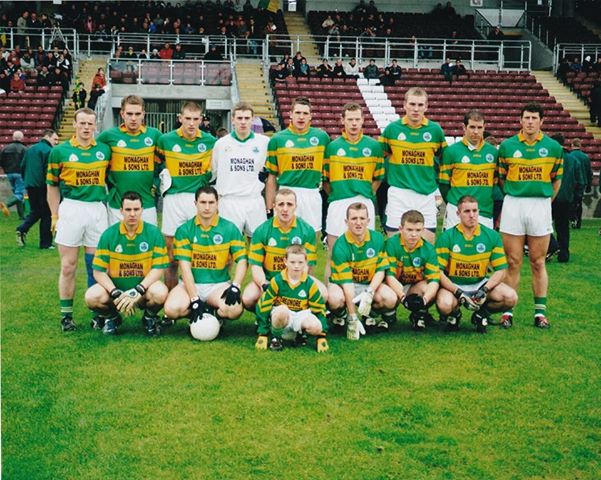 Following their demotion last year, a young Claregalway outfit will be anxious to make a swift return to the top flight but in Menlough—the 2006 county intermediate champions who spent the subequent two years up in senior—they meet a seasoned team that is by no means short of experience.

Unbeaten Menlough have been very impressive and it’s easy to understand why they have reached this stage of the competition given the manner of their championship victories over Killanin—also relegated from the senior grade in 2012—last year’s finalists. Athenry (both in the earlier rounds and quarter-final) and 2012 All Ireland junior club champions, Clonbur.

For Claregalway’s part, they really got off on the wrong footing at this grade when losing to Oughterard, 0–11 to 0–10, in their opening game and any thoughts of the championship being a procession back to senior for the fancied side were totally dispelled when they found themselves 1–11 to 1–6 in arrears against Corofin’s second string with eight minutes remaining in their subsequent outing.

However, Claregalway incredibly reeled off five points on the bounce to tie the game and while Corofin still looked the likely winners in the second period of extra time, Claregalway tallied four unanswered points to avoid a second successive relegation battle.

“We were down a number of players on the day but it reminded everyone the importance of delivering a performance at whatever level. So, it was a great show of character from the team and, definitely, it was a real lift to everybody in the club,” said manager Tommy Lally.

The players responded in their ensuing championship outings, accounting for Dunmore MacHales 1–13 to 0–9, before seeing off Salthill/Knocknacarra’s second side in the quarter-final on a 0–14 to 1–6 scoreline.

It looked as if Claregalway had it all to do when facing 2011 county finalists Oughterard in the semi-final, but they again made short work of the opposition to emerge 2–8 to 0–7.

Those three comfortable victories would suggest they are a side in form. “It’s never comfortable, especially when you are on the sideline and I always say no matter what talent a player or team has, in games like those,” said Lally, who, with the return of Cummins, had no injury concerns coming into Sunday’s final.

It should mean he will have a strong bench. “The bench is really strong as the moment and we do have competition for every section of the team. However, that is no guarantee of the team securing victory on the day. Players have to turn up with a strong mental attitude and be ready to deliver a performance to the best of their ability.

“Also, we are up against a very good Menlough team who, when we played them in the Cahill Cup, gave us a footballing lesson. I think they won by five or six points (0–13 to 0–7). So, they are a very strong side and we would respect that,” added the Claregalway boss, who is assisted by selectors Kenny Murphy, Alan Moran and U21 manager Alan Daly.

Menlough’s unbeaten championship run to date would bear testament to that.  In the opening round, they defeated Killanin with goals from Niall Carty—out for the final with a collar-bone injury—and Derwin Costello in the space of 90 seconds early in the second half crucial to the win while custodian Jason O’Neill also played a key role on the day with a string of suberb saves.

In their next two games, they came through the challenge of Athenry, defeating them 2–9 to 1–7 on the first occasion before just squeezing past the 2012 intermediate finalists again on a 1–14 to 2–10 scoreline in the quarter final.

As a result, Menlough faced Clonbur in the penultimate stage and, once again, they produced a confident display to win out by 1–13 to 0–6. Mark Costello tallied the game’s only goal although others equally to the fore were Hughes (0–4, 0–3 frees), Colm O’Brien (0–3) and Hugh Keely (0–2).

No doubt, to dispel their opponents in the fashion they have will surely imbue Pat Carty’s outfit with a great deal of confidence heading into the decider.

“We are not playing too bad this year and that has helped us, maybe, to grind out wins in a lot more games,” said the manager, who noted plying their trade in the senior league, following their promotion in this competition last year, has been an underlining factor in a fine championship fun.

“We have found that playing in the senior league has exposed us to a higher class of football and, in fairness, the lads have responded really well to it.  So, it has definitely improved our game. We do have a few niggly injuries for Sunday, though, and we are just hoping they will clear up,” he said.

In any event, Menlough, trained by Ger Lennon, will be hoping that the quality of teams they have accounted for will stand to them.

“We have (beaten quality teams) but so have Claregalway who beat Oughterard in their semi-final and Oughterard are a team we have found hard to handle in recent times.

“We played Oughterard in the league at the start of the year and they gave us a good beating (3–11 to 1–7).  But sure, you know, anything can hapen from football game to football game and, to be honest, we are looking forward to this one. We will not be standing back from it.”

Menlough won’t roll over in this one but given Claregalway have a clean bill of health, they get the nod to claim the 2013 count intermediate championship.