Corribboxing Club recently achieved one of the biggest wins the country has seen this year with Claregalway native Liane Martyn and Dave Shortt both claiming Five Nations Kickboxing Titles. 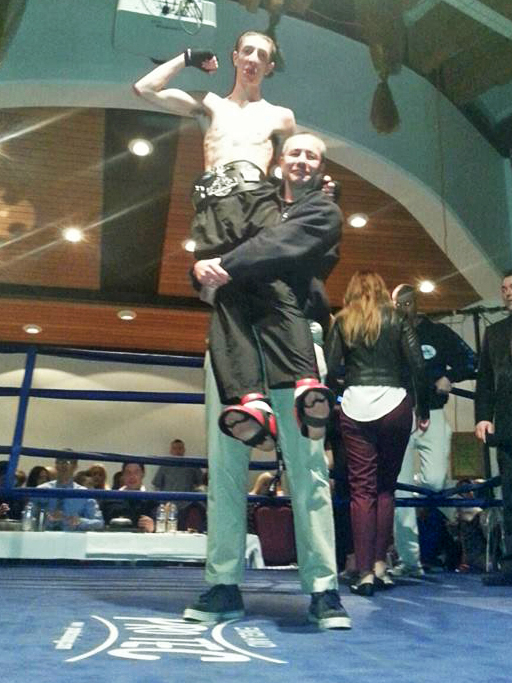 Shortt made short work of his opponent Sean Parkin (Scottish champion), and KOd him in first round with a spinning back kick followed by a straight left hand. He went on to collect his belt (pictured above). 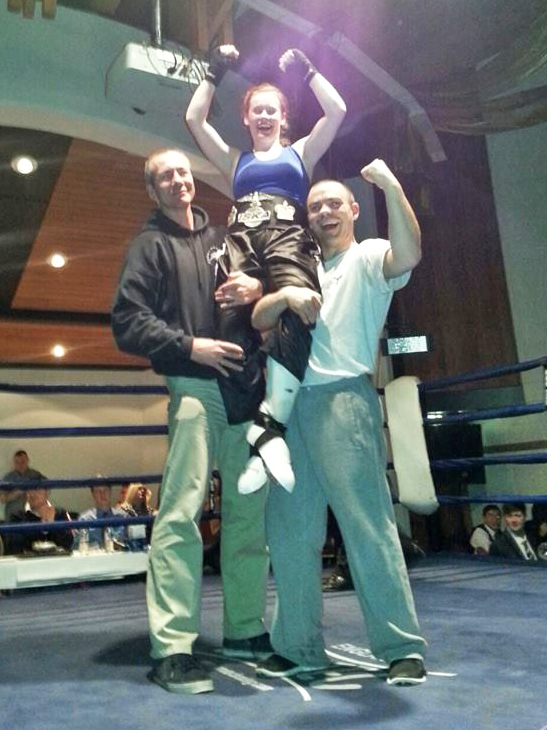 While Liane Martyn from Claregalway’s fight went the full five rounds, Martyn counted her opponent Anne Reilly from Dundee in the first round and really hurt her in the coming rounds. Both girls went to war but Martyn being the stronger and connecting with the cleaner shots was crowned Five Nations Champion.

This is a huge achievement for Corribboxing Club, which has only been open two years. We can expect more great news in the future! 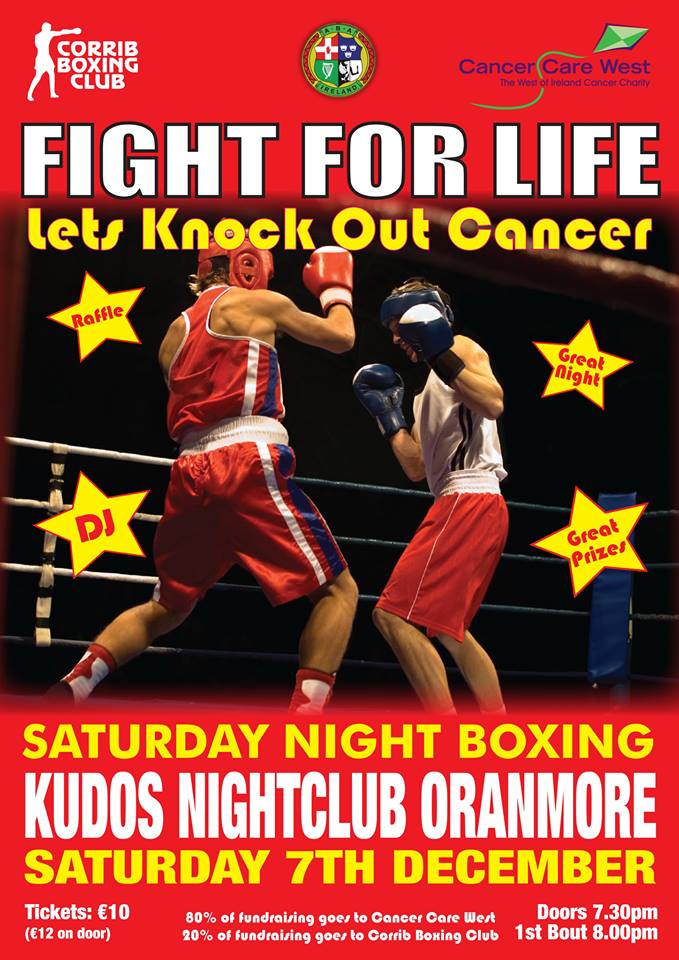 Corribboxing are organising a show this weekend in Kudos Oranmore for Cancer Care West.

80% made on the night will go to charity, 20% to Corribboxing Club.