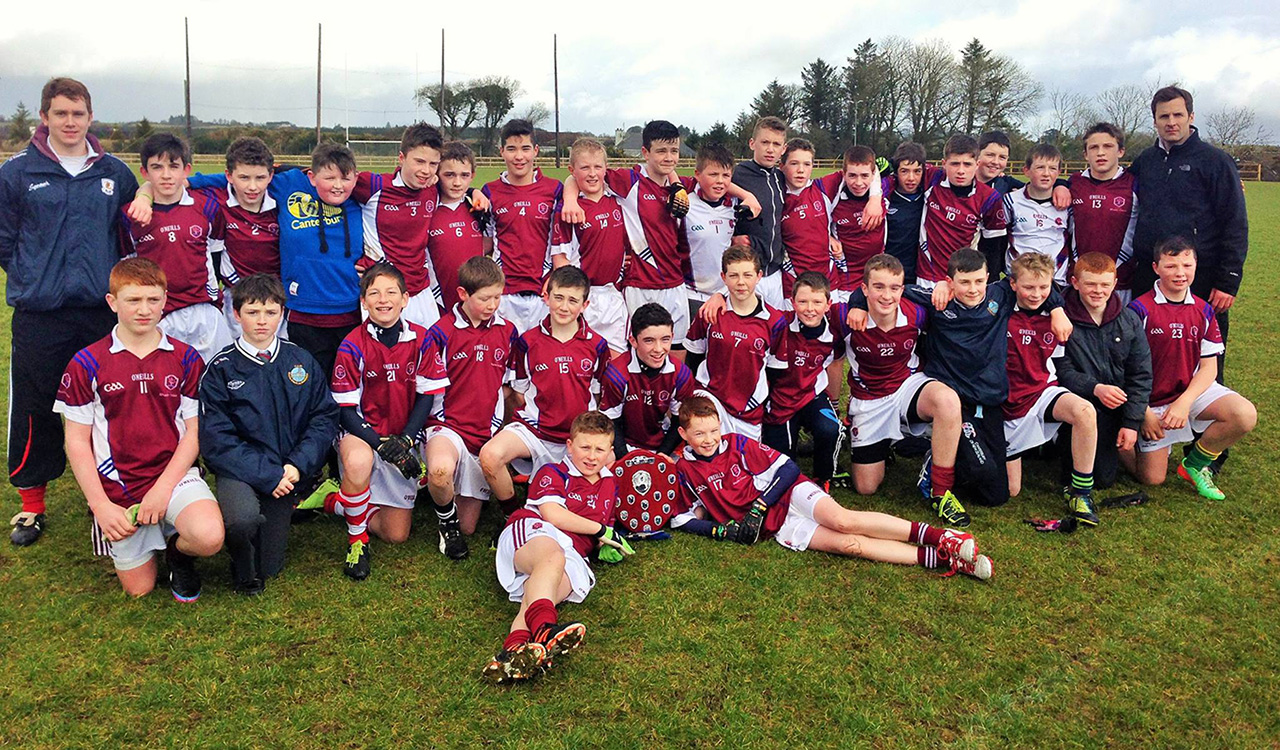 Congratulations to the first year boys Gaelic Football team who have won their Connacht 1st Year league at their very first attempt. After a 100% record in the group stages and overcoming Carrick-on-Shannon in the semi-final, the boys team faced a tough task in the form of St Attracta’s CS, Tubbercurry in the final.

The match lived up to all expectations and was played in windy conditions at the Connacht Centre of Excellence in Ballyhaunis. St Attracta’s raced into an early lead and displayed tremendous footballing abilities and mental sharpness to reach the half time break leading by a whopping 3–8 to 1–2, aided by a strong breeze. Following a lackluster display in the first half, the Claregalway team were left with the daunting task of overturning a 12 point deficit in the remaining thirty minutes. With a show of great determination and hunger however, the team bravely rose to the task.

In a blistering twenty minute spell at the start of the second half, the Claregalway boys managed to draw level with their opponents—through some excellent score taking and constant pressure from the forward line. In the last ten minutes Claregalway, who were now very much in the ascendancy, tagged on another two points and withstood a late attack to come out on top after a thrilling finale to a hard fought match, on a final scoreline of Coláiste Bhaile Chláir 4–9, St Attracta’s Tubbercurry 3–10.

Captain Dylan Walsh, who scored 2–6, became the first of hopefully many Claregalway students to lift the trophy on behalf of his team. Best for Claregalway on the day were Conor Flaherty, who gave a top-class display in goal, Diarmuid Mullen and Ronan Asgari. Sean Mitchell was outstanding in defence and Jack Glynn gave an excellent display all through. Harry O’Gorman’s accuracy was vital, as was the contribution of Patrick Donovan. The team received a rousing reception upon their return to Coláiste Bhaile Chláir, on a historic day for the school.

History makers! The victorious Coláiste Bhaile Chláir squad after the presentation of the Connacht Schools first year trophy. Also in the picture are the coaches Mr G Callan and Mr M Sheridan.