The Carnmore Hurling Senior Squad play their first game of The Salthill Hotel Senior Hurling League Championship tomorrow, Saturday 26th April, at 5pm in Kenny Park, Athenry where they take on Sarsfields. Best of luck to all the squad, and their management team, for the coming season. 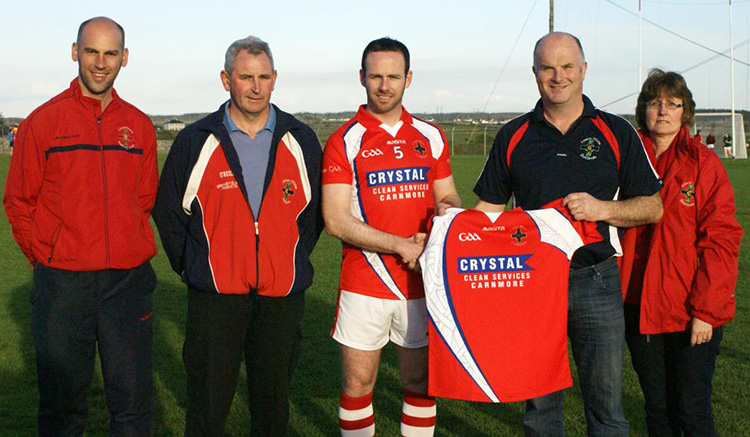 The U16 Ocean Hygiene Championship continues with Carnmore U16s being defeated against Ballygar in Carnmore on Thursday April 17th. Their next match is scheduled for 1st May at 6.30pm in Ahascragh, Carnmore v Ahascragh–Fohenagh.

Red Team
The U14 Red Carnmore team travelled to Killimor on Monday last, 21st April for their penultimate group game of the championship and came away with a much deserved win. Their final group game of the Ocean Hygiene League is scheduled for Carnmore, Carnmore v Moycullen, at 6.30pm on Mon. 5th May.

White Team
The U14 White Carnmore team played Athenry in the Semi-Final of the U14C Championship in Clarinbridge on the Bank Holiday Monday and despite putting in a great performance, Carnmore were down by three points when the final whistle blew. Well done to the lads from the Carnmore White Team.

This weekend, Carnmore’s U14 panel will compete in the annual Féile for the much coveted Justin Cheever’s Cup.

Panel members, Ian Butler and Harry Bradshaw are missing from the photo.

The fixtures for the first group matches are as follows:

Carnmore U12s played Castlegar at home on Saturday last 19th April in the second of their games in the Juvenile Hurling League. Carnmore opened up the scoring in the early stages of the first half of the game, which settled them into a match of great hurling and team work. Castlegar fought hard and managed to score a goal in the second half against a strong Carnmore side. Final score Carnmore 3–4 to Castlegar 1–0. The next U12 League match is against Clarinbridge, fixture details to be confirmed.

Carnmore U11 Hurlers will participate in the annual U11 festival of hurling blitz which will be played on Bank Holiday Monday, 5th May in Pearse Stadium. Details to follow.