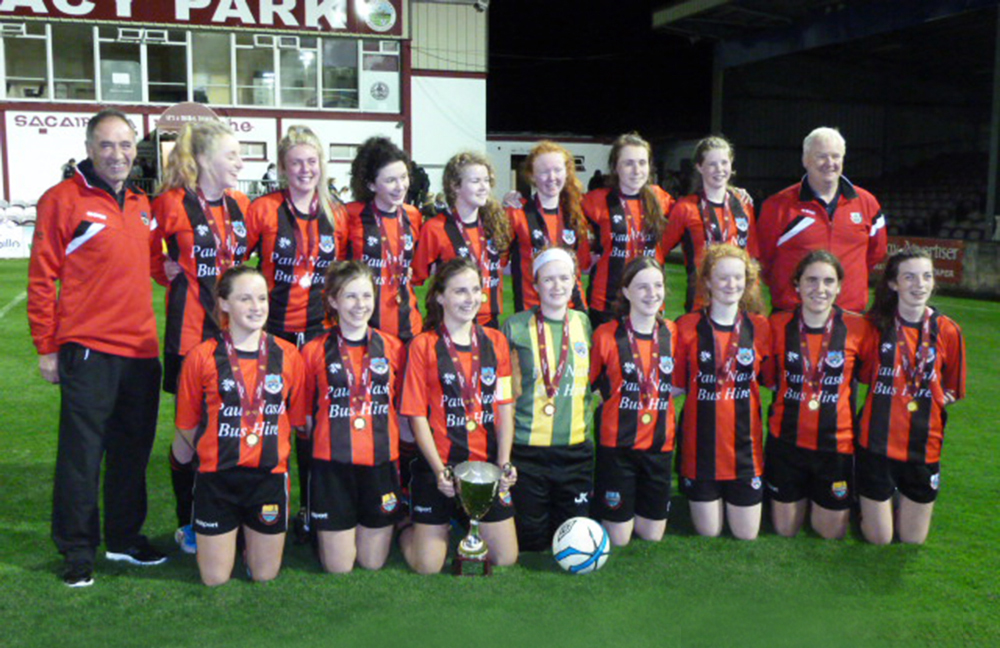 Despite Cregmore dominating the first half, they failed to convert a number of good opportunities and the game remained scoreless at half time primarily because of Rangers outstanding defence. Late in the first half Cregmore had introduced Clíona Ní Chochlain and Andrea Trill. This had an immediate effect adding speed and width to the Cregmore attack and from one such attack early in second half, Clíona completed a fine cross for Andrea to finish superbly to give Cregmore a deserved lead.

Cregmore’s second came from a deflected long range strike from Maeve O’Connell. Corrib pressed hard near the finish and forced Cregmore’s keeper Karen Connolly to make a superb save. Jordan O’Connor, Aisling Murphy and Emily Rodgers were brilliant in defence and Emma Carr and Gwen Horkan combined well up front.

There were many great performances from both sides on the night and in particular Rebecca Downes and Aoife Philips were immense at the heart of the Cregmore defence with Captain Megan Shaughnessy, Emma Connolly, Claire Conry and Grace Gilmore dominating midfield. Chloe McDonagh and Katie Hall tried hard for Rangers.

As part of the continued development of girls soccer in Cregmore, this was the first time for Cregmore to have an U16 girls team and to win a Cup Final in their first attempt is an outstanding achievement. Galway WFC women’s team manager Don O’Riordan presented the medals and Cup and commented that there was a lot of talent on show and he hoped to work with some players from both sides in the future with the Galway WFC women’s team.