Cregmore-Claregalway FC U14 girls completed a unique League and Cup double in Deacy Park recently when they captured the GFA cup with a resounding victory over Colga FC to add to the Premier League trophy they had secured the previous week with a superb 4–3 win over old rivals Salthill Devon in an exciting game. 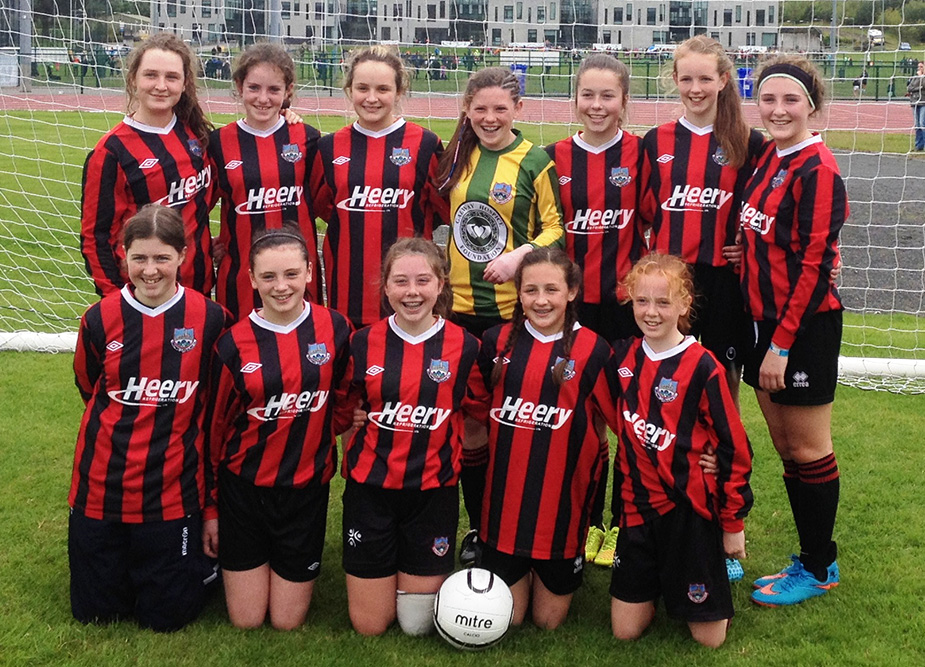 Goalkeeper Karen Connolly dealt capably with everything that Colga fired at her and she was ably assisted by her defenders Aoife Lyons, Amy Walsh and Sinead Murray.

In central midfield Cregmore were missing the injured Sinead Donovan but they had a more than capable understudy in Chellene Trill whose tireless running and workrate were a feature of the game. 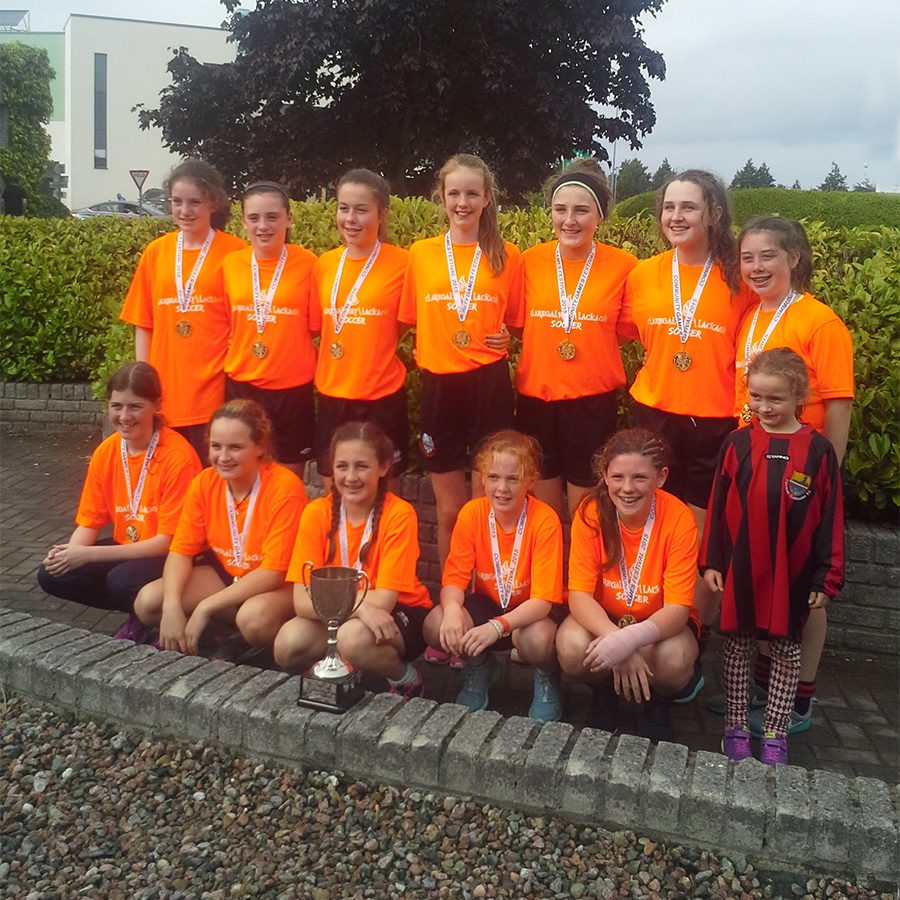