Carnmore are quickly earning a reputation as one of the top Camogie clubs in Galway with the dominant displays of their juvenile teams, particularity in this year. On Sunday evening it was the turn of the Intermediate girls who faced off against Killtula/Kilimordaly in the County Quarter Final, with the Carnmore girls on a mission to return to the final for a second time in three years following their 2014 defeat.

With the preceding game going to extra time this game was delayed by forty minutes. However it was worth both the wait and fee to see the steely and efficient performance by the ladies in red. In a game that saw both defences assert dominance throughout goal chances were few and far between and this game quickly became a shoot out for points. In an intriguing first half Carnmore would lead the contest 0–8 to 0–6 at the interval with the game still very much in the melting pot.

The second half would replicate the first, with both sides not yielding an inch at the back and forwards having to settle for points. Carnmore would score seven points to Killtulla/Kilimordaly’s four three in the second half to finish with a six point advantage on the final whistle. For Michael Killilea’s and Joe Reilly’s side it was sweet satisfaction, the performance was strong and application by the girls was unquestionable throughout. With a strong Carnmore contingent in support last Saturday it should only grow following progression to the semi-finals with this stellar performance. Carnmore will now face Eyrecourt in the County semi-final.

U13 Girls Gearing Up for County Final

Following a tense win over a strong Sarsfields side Carnmore U13 girls have qualified for the County Final. This is a great achievement as the girls look to emulate the success of the U14s earlier this year. The best of luck to Dermot, Aoife and Carl and most importantly the players in their attempt to add another cup to Carnmore’s collection for 2015 at juvenile camogie level.

U11 Camogie Round Up

On Thursday 24th September, Carnmore U11 team travelled the long distance to Kiltormer to play the final group game in the U11 County League. Having sixteen players to choose from is testament to the commitment of this squad. The participation in county league has given the opportunity for Carnmore to play teams not previously played in other competitions and the standard of these teams has been very high.

Kiltormer proved to be a very good and skilful team and took the lead with a well taken brace of goals. Carnmore responded with two points and Kiltormer scored a third goal. A deflected Carnmore goal and two further points left the half-time score Carnmore 1–4 to Kiltormer 3–0. The second half began with five changes for Carnmore and with Kiltormer scoring two further goals, the game looked over. But Carnmore players rose to the challenge and hit a purple patch and began to create several chances. Two points were added while four goal chances were saved or just wide and the game was over as a competition when Kiltormer scored their sixth goal.

A good performance from Carnmore girls with a game that is an example of the old addage that goals wins games. Carnmore created plenty of chances but wasn’t to be on the night. The County League group ends with three wins, one draw and two losses and a lot of good teams played in a very good competition. The experience of this group should stand to the team as next game is a city league semi-final in coming weeks.

U11 Hurling Round Up

In the last few weeks our U11 boys played two lively challenge matches. Consisting of a mix of our younger U12 and older U10 hurlers. Our first match was at home to Turloughmore. Our lads did very well and led the match before a late Turlough goal equalised resulting in the game ending in a draw: 3–6 to 2–9.

Our most recent game was away to Ardrahan. On an evening of poor weather conditions we won this match by a goal: 3–5 to 2–5. Well done to all lads involved on both days. 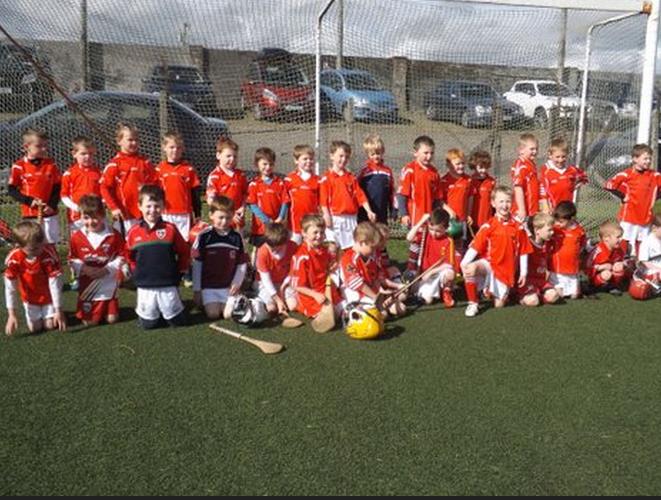 Last Saturday we hosted the CATS League finals. Despite having won all our games in the league we came up short in the final by one point. Our lads gave their all and were naturally disappointed afterwards. 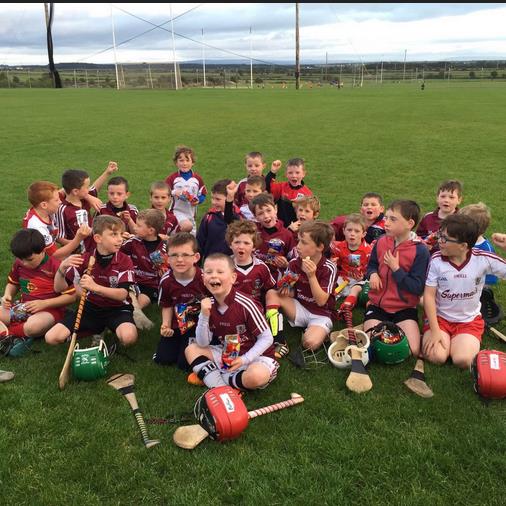 However after receiving their medals from members of the All Ireland winning Galway minors and some treat bags they were smiling again. The lads are pictured in their Galway colours taken at our pre All Ireland training night in early September.

Following an encouraging performance last weekend against Leitrim/Kilnadeema, Carnmore were back in action a week later for their final group game of the 2015 campaign. With qualification beyond them they faced a stiff challenge from a rejuvenated Liam Mellows side who were searching for their third win and qualification to the quarter finals. Carnmore, not for the first time this year were forced to make several positional and personnel changes as unavailability and injury continued to burden the side with JP O’Connell, Barry Hanley and Danny Cummins all unavailable for the game.

Liam Mellows started this game with a bang and were five points to the good after five minutes thanks to a quick fire 1–2 that left Carnmore stunned. Two more scores would be added before Carnmore would open their account to leave the score 1–4 to 0–1 after ten minutes. Liam Mellows were relentless with their pressure early and showed all the signs of a team in form as Carnmore struggled to keep pace with their city rivals. Liam Mellows would add a second goal on the twentieth minute and outscore Carnmore 2–11 to 0–4 for the remainder of the half. To further worsen matters Carnmore lost Trevor Casserly (Wrist) midway through the half and Kegan Fox (Finger) at the break. Carnmore were showing all the signs of a side who were out on their feet and really feeling the absence of some key men.

Liam Mellows, with the result already secured started the second half as they did the first as they attempted to give themselves every opportunity should this group be decided by score difference. They would go on to add five goals in the second half, one from a penalty, with their forward line firing on all cylinders and intent on hitting the net as many times as possible as Carnmore struggled to keep them in check. Despite only adding another five points in the second half Carnmore worked hard and there was a noticeable improvement in their work rate and use of possession. Carnmore were unlucky late on not to find a goal of their own after a slick run and offload move from the middle of the field which was saw Ben Murray’s effort saved from close range.

This result was in fact enough to earn Liam Mellows qualification and senior A status for 2016 but it was also a sobering end and a steep learning curve for a young Carnmore side who finished the campaign winless. The year isn’t finished yet however, Carnmore still have one more opportunity to grab a ticket for senior A next season as the second phase of group stages is set to begin. This phase will see the twelve teams who failed to qualify drawn out in two groups of three and two groups of four. Each group winner will also earn senior A status.

Amid all the doom and gloom this is a young team, regarded by many as one of the brightest underage teams in the club not so long ago. There is talent to work with and a strong blend of experience and youthfulness, while this campaign yielded no results it is another senior championship under the belt of a young team and with right commitment and structures the fate of the this team is by no means a forgone conclusion heading into 2016.