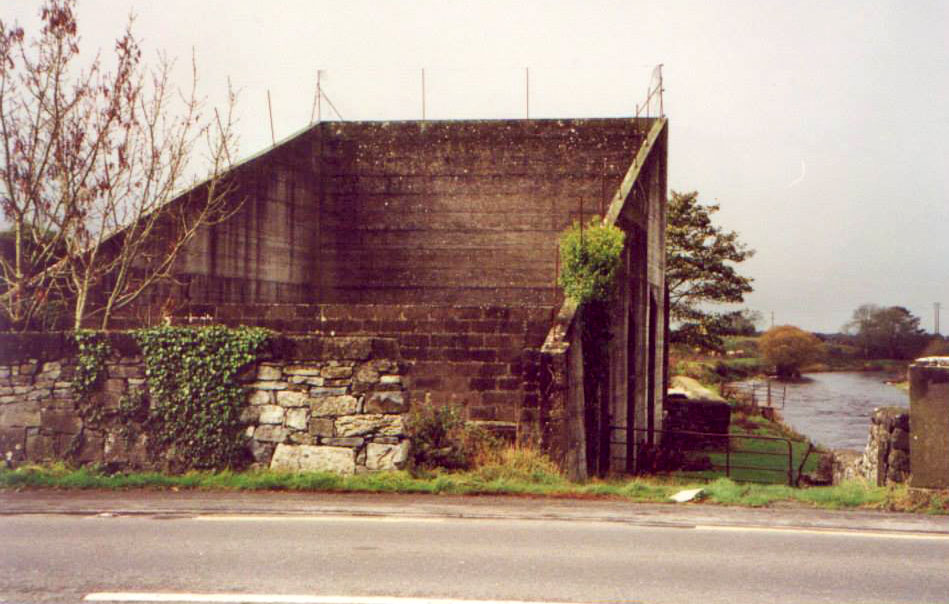 Seeing that pile of rubble beside the bridge in Claregalway last Sunday reminded me of a time in the mid-seventies, when a small group of men from the parish got together and built a wall.

On its own, the wall would not have had any significance. It was hardly twelve feet high and no more than thirty feet long. However, because it was attached to the other three walls of the handball alley, it played a significant role in the revival and purple period for handball in the parish.

Being a ten year-old back then, I can’t really recall the details. There may even have been a tiny bit of a hullabaloo at the time but it just seemed to be a wonderful demonstration of community spirit. Nowadays, people tend to organise raffles and get contractors to build things but back then it seemed that the people themselves had to do the work. That was the way things were done at the time. Friends would come together and would fill a truck to bring home the turf. Neighbours would gather in the haggard to help with the threshing and the favour would be returned the following day. This is all a bit too rose-tinted I am sure but the building of that ‘back-wall’ just seemed to kick start a wonderful summer of memories.

Each Sunday, grown men would come from all corners of the parish to play handball. While there was no formal competition, games were very competitive. Knuckles were skinned; scores were disputed and voices were probably raised every now and then but I just seem to remember the constant good banter. If they were lucky, some of the older boys were invited to play but only if they were persistent (and patient) enough. They had to be skilful also because the handball was of a very high standard: Michael Casserly from Kiniska was very classy and I don’t remember Harry Anraí Duggan from Tón a Chrioc ever being beaten. There was another fella from somewhere in Carnmore (a Murphy, I think) and the way he played the ball out of the back left corner had to be seen to be believed! 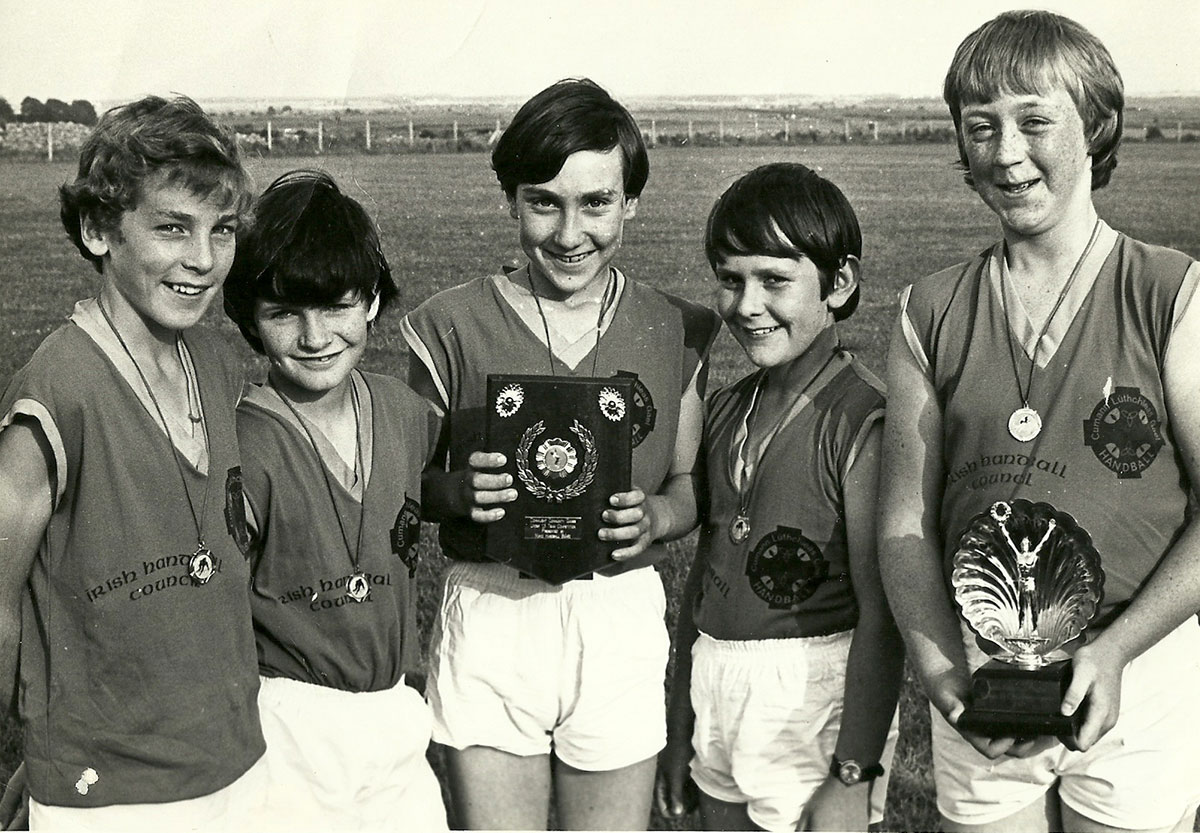 Funnily enough, I don’t know how long the practice lasted. It might only have lasted a few Sundays or it might have gone on for a few summers. Is it not strange how time can play tricks with the mind? It probably never rained at all in those days either.

Then, Seamus O’Connell (from Cloonbigeen) decided to put a bit of smacht on us young fellas and entered us into the community games. Two Connacht titles were won. We even beat the great Duxie Walsh from Kilkenny in one All-Ireland semi-final. However, the most abiding memory was of the time in 1979 when we were travelling by bus with the U14 hurlers to the Connacht finals in Roscommon only for the bus to be flagged down near Abbeyknockmoy. We had left without Seamus! He forgave us but only after we had won. It was his wedding anniversary that day!

We just seemed to be in the alley every evening, playing until we could no longer see the ball. We took a break every now and then but that was only because the ball went over the side wall into the river. It usually took us half the way to Montiagh and a mound of stones to get the ball back.

There are un-substantiated rumours that the small hut on the other side of the front-wall was used for a bit of smoking. It is alleged, however, that it might have been only a few woodbines and that nobody inhaled. Apart from saying that “it was not me Mammy”, I will take that secret to the grave and will spill the beans in heaven only if asked nicely by “Fordie’s Ould Fella”.

So, it was very sad and poignant to see that pile of rubble yesterday. However, it is only right and proper that the OPW are trying to fix the problem of flooding in the area: It is just such a shame that it has to tread on such wonderful memories to do so.

PS. I hear a rumour that there may be a new alley built near the centre (if only we had taken a few more bob off CJ Haughey the time it was built). That might even kick start new interest in the game. Some clubs have built a new type of alley for a new version of the sport. It only needs one wall and doubles up as a wall for GAA players to maintain their football and hurling touch. Although I no longer live in the parish, I may even start playing again. It might reduce the wobble in my cheeks. All four of them! 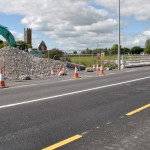 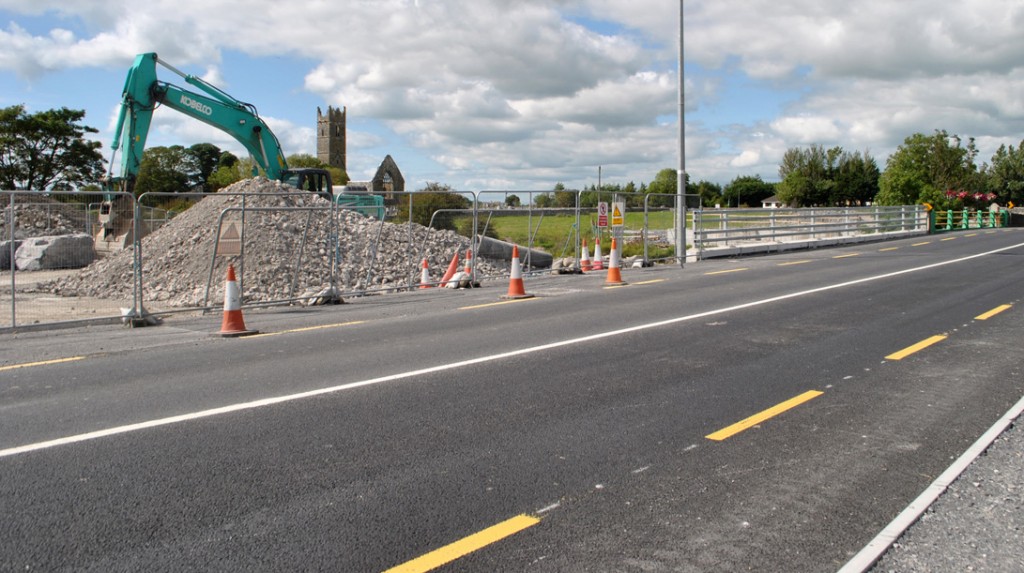