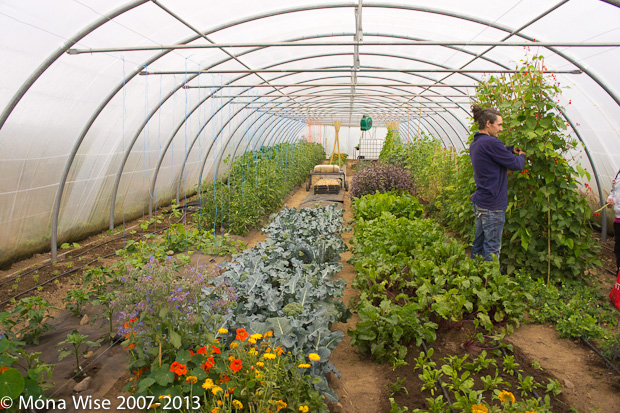 Supporting our local farmer
How fortunate are we that we have had such a nice stretch of summer? Yes, its a shame that race week was a bit of a wash out but the glorious three weeks of uninterrupted sun made summer holidays seem real this year. Picnics were packed and long days spent at the beach. Appetites waned and I am certain that our kids were not alone in eating their fair share of ice-cream. But once the weather broke we returned them to their normal eating habits. This time of year the poly tunnel veers on the edge of being completely overgrown and we have to be careful not to let it slip away from us and become a jungle in there.

A few weeks ago, I met up with Oisín Kenny, who is the farmer behind the Bia Oisín food label (available at Hughes Supervalu) and he is also the grower responsible for that massive poly tunnel on the left side of the road as you enter into the village coming from Galway city. What made me wonder about Oisín and what he was growing, was I noticed he was selling golden beetroot at Hughes and this is one of our favourite vegetables. When I phoned Oisín and asked him if I could check out his poly tunnel he was only too delighted show me around. 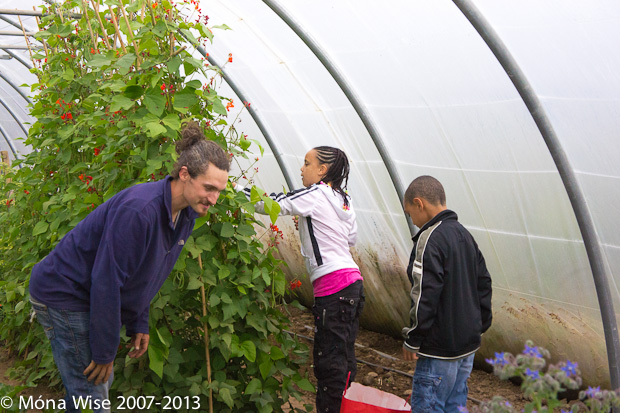 Having lived and worked abroad for several years, Oisín returned home a few years ago and is now back working on the family farm with the rest of his family. His tunnel, which he installed last year, is filled to the brim with the most gorgeous vegetables we have ever seen in Galway. He takes great care to make sure that from the moment it is picked and packaged, it reaches its final destination with very little food miles travelled.

Oisín just recently purchased a refrigerated van and spends his days picking and preparing his vegetables for his customers, then he sends out a text and asks who would like a delivery and drives around to sell his produce to his customers—right out of the back of his van. 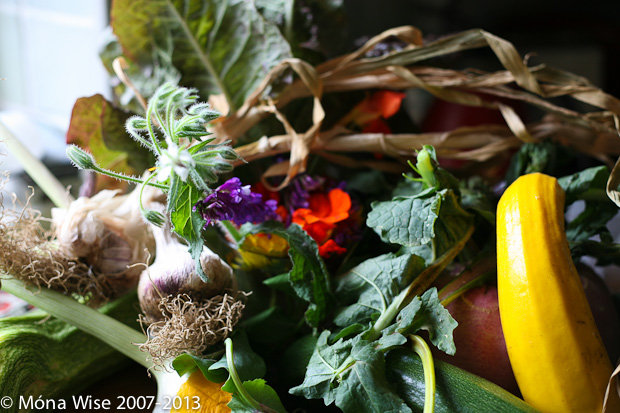 I remember, growing up in Cloon village, there was a traveling shop that came around every Friday at 12 noon. During the summer months, we would wait patiently for it to stop next door at our neighbours in the hopes that she would throw us a few bullseyes sweets. So Oisín has not only returned to the land, he has returned to an old fashioned way of doing business. Selling his produce direct to his customers.

Oisín works hard. His garden is free from pesticides and his focus on selling direct to the customer is fabulous. We can’t wait to see what he shows up with every week and are certain we will never be disappointed with what we buy from him. Make sure to keep an eye out for his vegetables at Hughes Supervalu too. 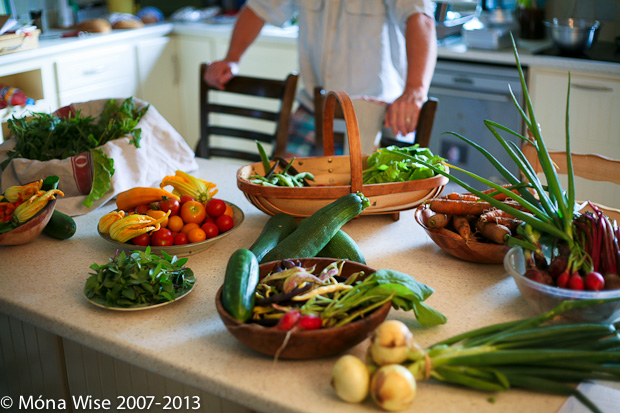 A few days ago, he popped over for a visit to us and Ron (my husband) made lunch for him. We had an old favourite called Panzanella which is just a simple bread salad, typically made in Italy during the height of tomato season. Ron had baked the loaf of bread and we used all of Oisín’s vegetables. There is not a salad any finer than this one. We hope you enjoy it as much as we do. 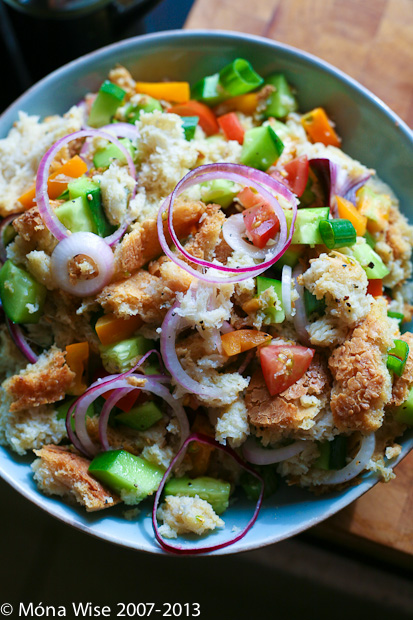 What you will need

How to prepare it
The bread needs to be a crusty loaf and best to use a stale loaf. Cut it into cubes and air dry it overnight if you have time. Soak the dried bread in the water and squeeze out the excess water with your hands.

Mix all the ingredients into a large bowl and sprinkle the salt and pepper over it to taste. The bread will soak up the juices from the tomatoes along with the olive oil and cider vinegar.

Serve and eat immediately or can be refrigerated for a few hours. Over refrigeration of tomatoes really kill the flavour so it is not recommended.

Móna is a regular contributor to Nuacht Chláir. For more of her stories & recipes, check out her popular blog at www.WiseWords.ie.