Five miles past Claregalway on the road to Tuam is a narrow road to the right. Blink and you’ll miss it. But if you travel down that road to the fourth house on the right hand side, you’ll find a unique venue which hosts everything from yoga classes to permaculture gatherings and workshops on orgasms.

Parvani Hall in Currandrum, Cummer, is the creation of Shivam O’Brien and his wife Emily Belfrage. Shivam was born in Birmingham, but his family’s Claregalway roots run deep.

His mother and father came from there and as a child, he returned to his paternal grandparents’s farm every summer for holidays. 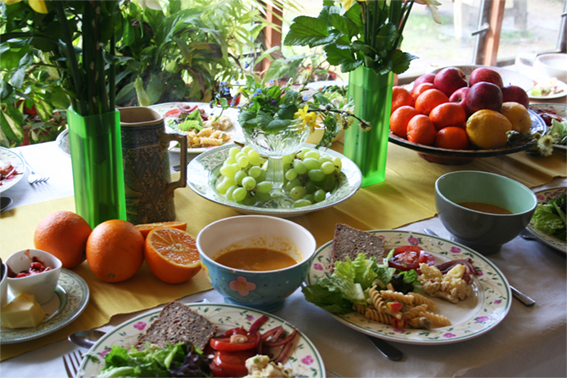 It was during these times, herding cattle, picking potatoes and apples and enjoying his rural freedom that Shivam formed a profound attachment to the place that he, Emily and their children now call home.

Since moving here in 1990 Shivam has put his own stamp on the ancestral farm. He and Emily have developed Parvani Hall (the name means Full Moon) as a place of beauty and harmony where people can come to explore and learn more about life and their place in the universe.

The old stone dwelling house that once stood on the 40-acre farm has given way to a rambling, quirky farmhouse, where Asian furniture, cosy couches, stone-cut fireplace and bone china (a legacy of Emily’s genteel English childhood) create a sensation of East meets West. 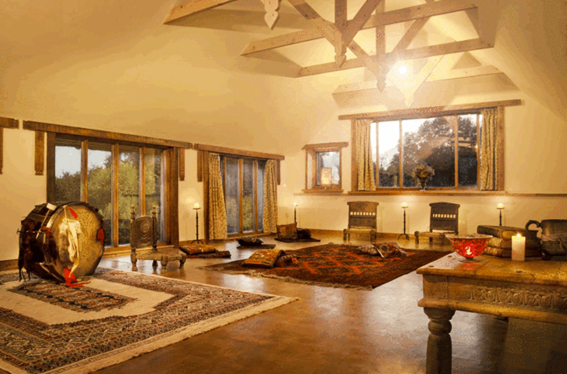 Across from the house is Parvani Hall proper, where there’s a large upstairs meeting room measuring 30 × 18 feet. Downstairs is another meeting area, which also serves as a dormitory for residential courses. There is also a beautifully tiled hall, which is used as a feasting room for events such as weddings or family gatherings.

In addition there is a sauna, three indoor toilets and three outside compost toilets as well as a porch with Ireland’s largest wood-burning stove—an ingenious looking contraption.

From rebirthing and self-enquiry, Shivam and Emily offer courses and events at Parvani Hall and in their own living space that are designed to enirch people’s lives. The hall is also available for hire for everything from yoga and meditation to alternative weddings and conferences.

One weekend the focus might be on permaculture—the philosophy of sustainable living—while on a previous weekend the couple hosted a workshop on energetic orgasms. Badly needed, observes Shivam, pointing out that Irish people have repressed their sexuality for hundreds of years and “the consequences have not been good”. 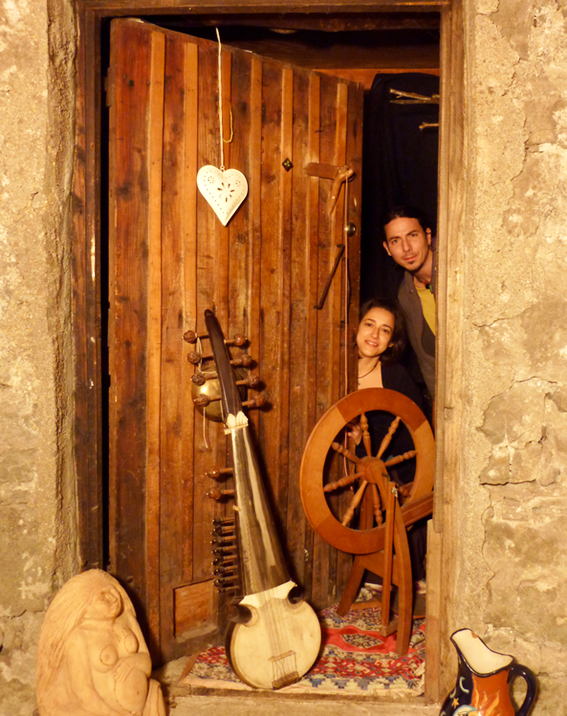 For Shivam and Emily the various courses and workshops are all different ways of exploring human potential and helping people realise the ecstasy that’s involved in being part of the world and of a community rather than just existing or half living.

That’s something that nobody could accuse Shivam, a charismatic 55 year old of doing.

“In my 20s, I decided I was only going to do things I truly believed in and loved and I wasn’t going to work for money,” he says. Even earlier, by the age of 12 he had already rejected the Catholicism that he had been reared with, beginning a journey of self-enquiry that is still ongoing today. As a young man he spent a lot of time in India, and studied many religions and under many masters to discover the “values that are intrinsic to our nature”, he says. Beliefs he studied include Taoism and Buddhism, as well as the traditions of Tibet and Native American. He also explored psychotherapy and shamanic practices.

As a result of his self-discovery, Shivam set up a summer camp in the Welsh mountains when he was in his 20s which was about helping people get close to nature, spirtual rebirthing and community building.

“Meanwhile, back in Galway the old house was falling down,” he says of his decision to move back here and restore it. The land had been farmed by a bachelor uncle of Shivam’s for years and when he passed on, the younger man decided that the place he had loved as a child would become home.

“I never really totally left,” he says of his desire to move here. “Even as a young man I’d always come back a couple of times a year.” 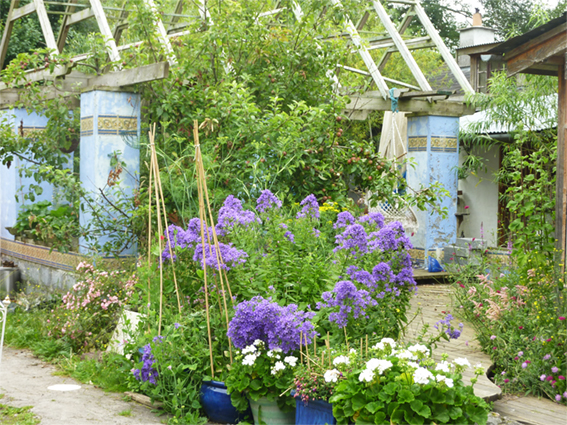 He and his father moved back—his mother had died when Shivam was in his late teens—and his father, who has since died, built a house beside the old home. For Shivam it felt right to relocate here.

“I wanted to to do something good. There has always been a bit of magic in Ireland and  I wanted to do a bit to protect that.

For him the Celtic Tiger years were a low point in Ireland’s history, as our “low self-esteem” which he feels is a legacy of having been “an oppressed people” manifested itself in consumerism and ostentatiousness.

“The old times were hard but there were good neighbourly values. I love the older people.  They were happy to be in debt to you for favours and you to them in return. It was commerce free.” 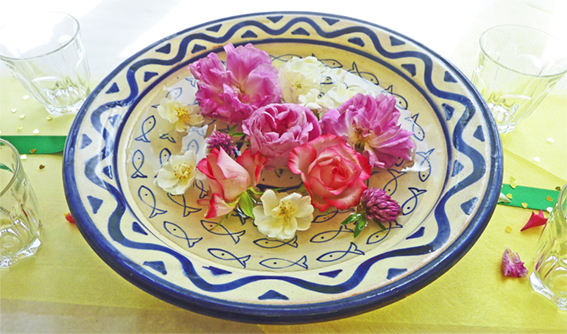 Shivam’s vision was that the homestead in Currandrum would be a place where he could come and unwind after giving his summer courses in Wales. But “an exuberant wife and four children” led to that plan being revised and the work he continues to do in Wales spilled over into Galway.

He and Emily had first met in Wales after she had seen his photo in a magazine and decided he looked interesting. Sixteen years later, complete with their family and menagerie of cats, they live contentedly in this unique creation.

“We have lost the old farming community, so we need a new way of living that sn’t based on commerce, a way of living and growing spiritually and emotionally,”

As a result, it makes perfect sense for Parvani to host an event such as last weekend’s Permaculture Gathering.

On an ongoing basis, Emily runs courses on rebirthing, a “unique healing modality” that uses breathing to uncover consciousness and unveil “the self-sabotaging aspects of ourselves.”  This technique allows people to access past traumas and heal them in order to live richer, more fulfilling lives, she explains.

Emily, who exudes health and happiness is also a trained Doula or labour coach who assists people wanting to have natural childbirths, either in their own homes or at UCG.  She trained with French obstetrician Michel Odent, the 1960s natural childbirth pioneer Ina May Bascoigne and with Doula Ireland, which has been providing internationally accredited training in Ireland since 2007.

Before embarking on this way of life, she had trained as a social worker and initially worked in the area of child protection and therapy when she first moved to Ireland.

“But after my own children were born I became obsessed with by birthing, parenting and family,” says Emily.

Shivam’s speciality is self-enquiry and he trains people in this, either through residential workshops or ongoing meetings. These take place in Galway as well as in Wales, he explains.

“It’s about finding out who it is who is living this life. “Who am I? What am I? Where am I going? What do I really want to do? It’s about knowing your own heart.”

For more information on Parvani Hall and it’s various programmes visit www.parvanihall.ie or get in touch with [email protected].