Fairtrade sales amounted to approximately €5.5 billion worldwide in 2013 and the sales of Fairtrade certified products grew 15% between 2012 and 2013, according to Fairtrade International.

There are now over 1,210 Fairtrade certified producer organisations in 74 producing countries, representing over 1.4 million farmers and workers. In addition to other benefits, approximately €86 million was distributed to communities in 2013 for use in community development and it’s estimated that six million people, including families and dependents, directly benefit from Fairtrade.

There’s room for further growth and this week marks the second of Fairtrade Fortnight, which runs until 8th of March and aims to encourage consumers to get involved in the movement. From bananas to coffee, cotton to gold, everyday shoppers and indeed corporations are being encouraged to question where the products they purchase and use are actually coming from, and the work involved in producing them.

Mary McGovern from Galway Fairtrade company Prairie Traders says the Rana Plaza sweat shop disaster in 2013, which saw over 1,100 Bangladeshi workers die in a building collapse, truly drove home to consumers the reality of the conditions for many workers in developing countries producing fashion and other items for ‘western’ high street chains.

The Corofin-based fashion firm, which is set to launch mid-March, stocks t-shirts, hoodies and sweatshirts for men and women that are made from 100% organic cotton from India and which are all, importantly, Fairtrade products. 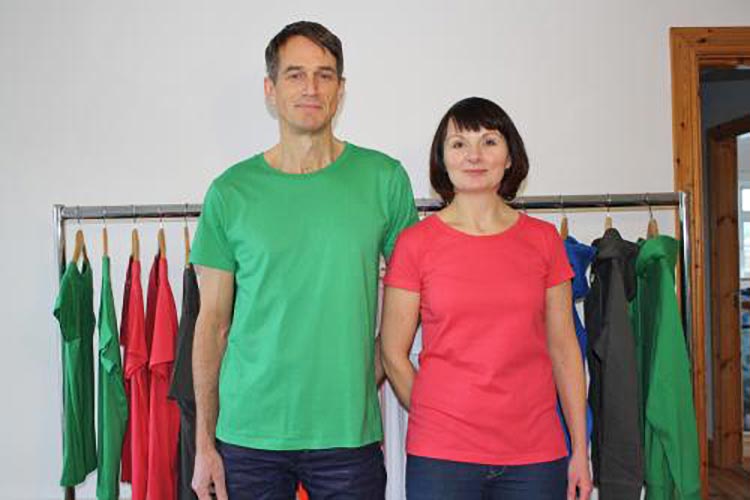 “It means that the people you are working with in the developing world, in our case India, there’s a commitment to them that they can make a fair, living wage from doing business. They get a guaranteed minimum price for the cotton that they’re selling on,” explains Mary, adding that the products meet international Fairtrade standards, and benefit Fairtrade certified farmers and workers.

The company is focused on producing quality ethical items as, Mary feels, many consumers are now beginning to ask, “Is it better to commit a bit more money to something that’s better quality and have it for longer, rather than constantly consuming, consuming, consuming, and not really thinking about what consequences that has for the world in general.”

Mary says that more and more people are beginning to question the ethics behind buying “really cheap”, low quality products, particularly in terms of food, and now want to know where they come from. The shift has coincided with the slight increase in consumer confidence in recent years, she says.

The NUI Galway Arts graduate previously worked in magazine publishing in the UK and returned to Ireland in 2001, where she ran a women’s clothing store in Galway City with her sister until 2011. After that closed due to the economic downturn, she worked a series of what she calls “recession jobs—”baking, bookkeeping and working in a guesthouse—before she and business partner Mark Wells, a textile consultant, took the step to re-enter the fashion world and establish Prairie Traders.

Both are passionate about Fairtrade and organic products and made the decision to start up the company mindful of the growing interest consumers have in the origins of the products they eat, wear and use each day.

People are committing to supporting their local communities, local shops, local suppliers, local producers, and shoppers also have serious concerns regarding products like clothing which can’t be manufactured in Ireland, concerns which can be alleviated by making a conscious decision to buy Fairtrade.

Larger corporations and SMEs are also starting to take note of the value of sustainability and the commercial sector is a key target market for Prairie Traders. Mary and Mark feel their products will appeal to individual consumers, such as those taking part in fun runs who require personalised team t-shirts, as well as to companies with an “ethical outlook” that want to commit more to sustainability and being environmentally friendly.

Many companies may support Fairtrade and organic products already, such as cafés or festivals serving Fairtrade coffee or organic local produce, but Mary says they could do more to help communities in developing countries, such as using Fairtrade staff T-shirts, uniforms, and promotional items.

Prairie Traders is now “starting small”, targeting the print and promotional wear market in Ireland and the UK and working with the growing number of small Irish companies that produce ethical and Fairtrade products across various sectors, before branching out into Europe.

The benefits for businesses getting involved in the movement are clear, according to Fairtrade Ireland, which says that integrating Fairtrade into a business is a highly effective way of showing customers that a business cares, potentially attracting more customers. Switching to Fairtrade also adds a “feel-good” factor for staff. And that’s not to mention the life-changing benefits for the farmers and workers producing the merchandise.

Prairie garments will be available from mid-March. See www.PrairieTraders.com for more details. For information on getting involved in Fairtrade, see Fairtrade Ireland’s website www.Fairtrade.ie.