On Sunday April 11th, the athletes who had qualified from Connaught Finals in the Relays participated in the All-Ireland Indoor Athletics Championships which were held in Nenagh.
The under 12 boys ran brilliantly at these national championships narrowly missing the previous course record by less than half a second.
The photo below shows the U12 boys who completed in 4 x 100m won All Ireland Silver Medals were Luke Shaughnessey, Caherlistrane; Liam Costello, Miltown; Sean Kilmartin, Claregalway; Jack Dempsey, Mountbellew. 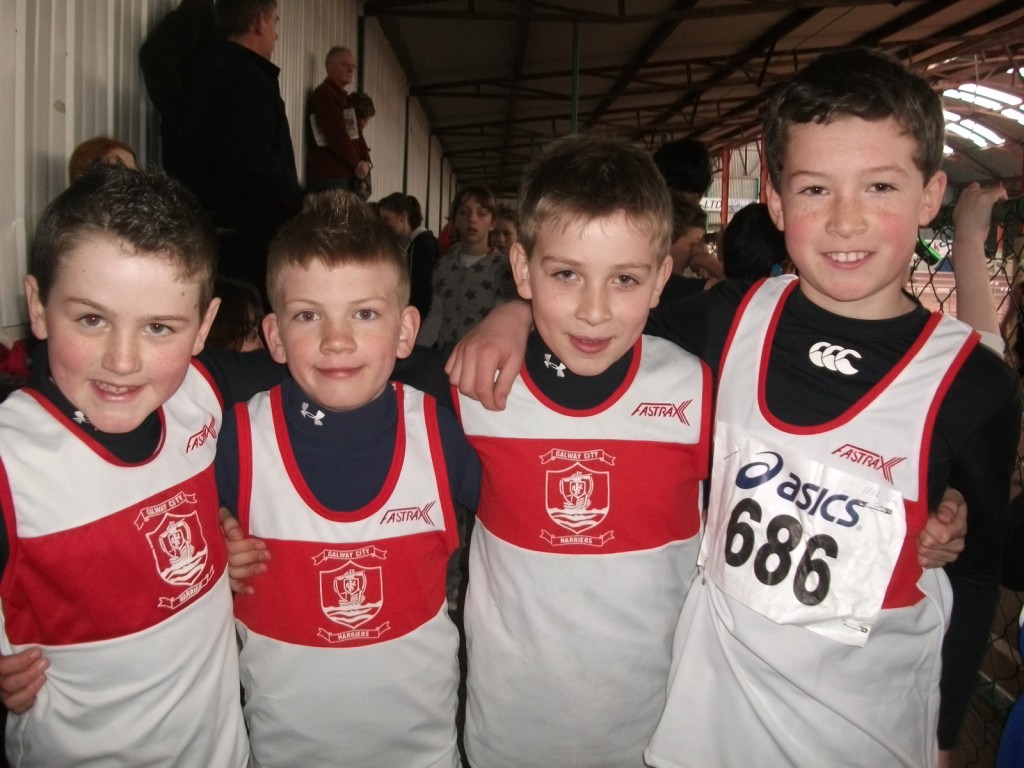 The Galway City Harriers U18 girls (pictured below) also won silver in 4x 200m, the team was made up of Georgina Healy, Tara Hession, Emma Carter, Amy Rohan (with coach Pauline Harrington). 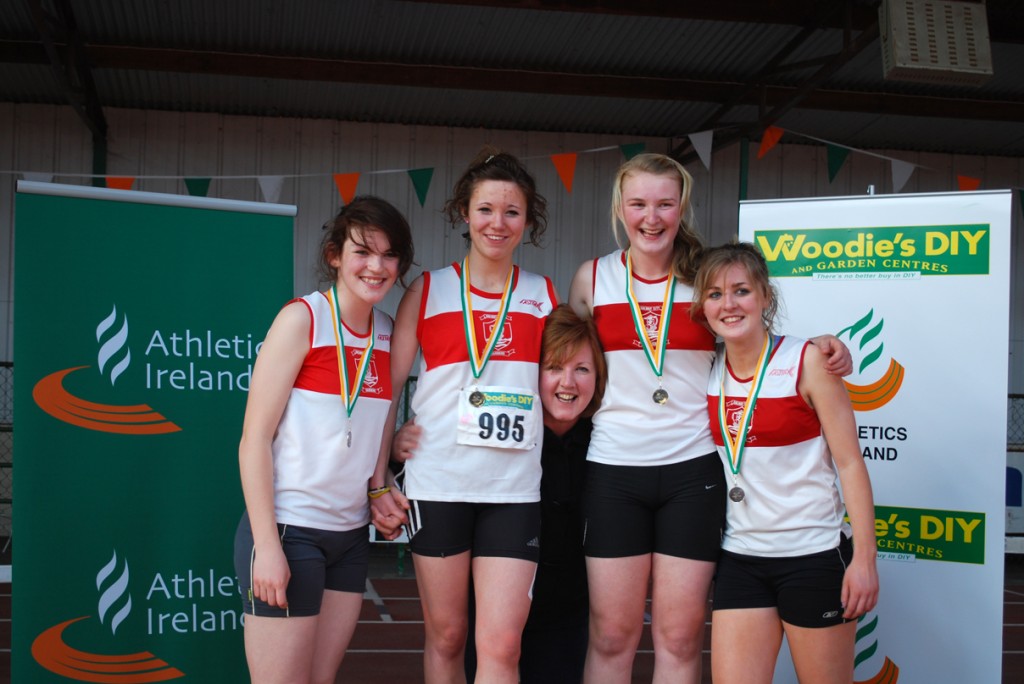