It was the biggest funeral that ever assembled at Lackagh as thousands of people came to the village of Lackagh to pay tribute and respect to local businessman Thomas Flynn who had transformed the tiny village that had a church, school and two shops into one of the most sought after thriving villages in Co Galway.

It was close to midnight on Thursday night when the Flynn family was able to leave the Church of Our Lady of Knock, Lackagh beside their ancestral home as thousands filed past the coffin of Thomas Flynn and sympathised with the family which took over six hours. Again on Friday morning the church was filled to capacity for his funeral Mass as Parish Priest Fr Des Walsh was joined in the con-celebration by Fr John D Flannery, former Parish Priest of Lackagh, Fr Paddy Callanan, PP Kilbeacanty (cousin), Fr Kevin Daly, St Joseph’s Cistercian College, Roscrea, Fr Paddy Mullins, PP, Cummer, Fr Gussie O’Brien MSC, Fr Johnny Dunleavy SMA, Fr Martin Costello SMA and Fr Brendan Gunning SMA. The village of Lackagh came to a virtual closedown as traffic was grounded to a halt throughout Thursday evening and Friday morning. Glowing tributes were paid to the community volunteers and the staff at Flynn’s who helped ease the long wait that people had to endure such was the enormity of the assembled gathering. 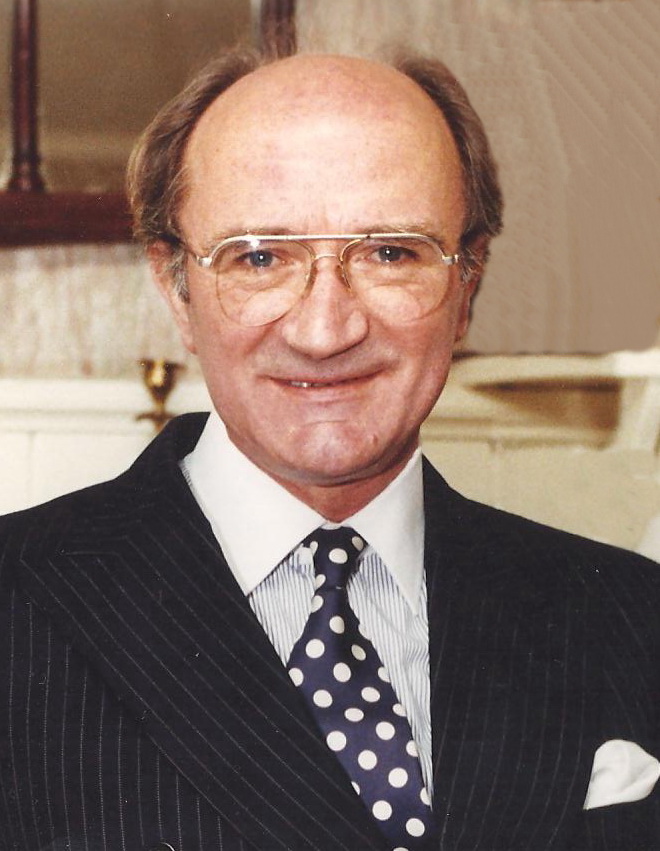 It was a fitting tribute to a man that had virtually transformed the village of Lackagh. In his homily Fr Des Walsh said that when he arrived first to the parish, people would ask where you are stationed now and whenever he said Lackagh, the conversation always turned to Flynn’s of Lackagh. The village of Lackagh was synonymous with the Flynn’s. Thomas Flynn had taken over the business after the untimely death of his mother while he was still a teenager and during the intervening years had built the business into one of the largest in the country.

It was a small family run business that was started by his great grandfather, Thomas Kearney who was first granted a license to sell liquor and tobacco in 1842. Thomas Kearney was married to Catherine Fallon who was also from the parish and they built up a business from humble beginnings. Business in those days was very much a barter trade where eggs were sold to the Kearney’s and later Flynn’s in exchange for groceries. However in those days the egg business was lucrative and from there the business slowly began to expand. Thomas Kearney’s son Richard who was married to Catherine Ryan from Mayo took over the business and their daughter Maureen later took over the business after his death in 1929 and married Michael Flynn, a farmer from Tubber, Co Offaly. However when Thomas Flynn took over in 1947 after the untimely passing of his mother, and at that stage it was still just a grocery and bar, with a small hardware and drapery operating in what was known as the Sunday shop and the family also bought corn and wool as well as operating an undertaking business and at that time catered for almost all of the needs of the people.

It was under the astute management and watchful eye of Thomas Flynn that the business saw its greatest development. While the Lackagh firm always bought corn and wool, it was the development of the corn and feed business that saw Flynn’s of Lackagh become one of the leading businesses in the west of Ireland. The development of Corn and Fertilizer led to new buildings. The old granary became a hardware shop. The old family run shop turned into a supermarket when they opened a franchise of VG on September 3rd 1966 and the business began to continue to grow and develop. The Hardware expanded to a new building and shortly afterwards another major hallmark saw Flynn’s opened the very first Super Valu Supermarket in the west of Ireland, on a new site on July 9th 1976. Ironically this was on the same day that Roche’s Stores opened their doors to the public in Galway city.

The grain and feed business also brought more changes and developments at Flynn’s of Lackagh and Thomas Flynn watched the business grow and develop as they also became a very large supplier of building supplies.

In 1992, Thomas Flynn took on a new venture when he took over a business in Castlecoote, Co Roscommon, which has now become a thriving business, Farrell’s 1992, Castlecoote and this business continues to expand.

In April 12th 2001, Thomas Flynn watched the development grow even further when Flynn’s of Lackagh opened their new state of the art Super Valu Supermarket. The massive development of 10,000 square feet has replaced the old Super Valu Supermarket that has served the people of the area for over twenty five years as that building became an extension to the hardware store. While at the time people said that with that massive development that no other building would ever be need at Lackagh and yet since Thomas retired from the business in 2006, it has been necessary for his son Julien and his wife Emma Whelan to expand both the hardware and Supervalu since they took over. The Flynn’s of Lackagh complex is also the home to a number of ancillary businesses, pharmacy, hair salon, beauty treatment rooms, café and restaurant, post office and others that have all provided tremendous employment opportunities for the people of the area.

This week his life-long friend, local Cllr. Jarlath McDonagh, paid a glowing tribute to the late Thomas Flynn. Cllr. McDonagh said “‘A sense of great sadness and loss has pervaded the area of Lackagh and indeed the county since the news spread of the death of one of Ireland’s most successful and best known business men, Thomas Flynn. Few, if any, have contributed so much to the village of Lackagh and surrounding areas as Thomas Flynn. Flynn’s of Lackagh under his stewardship fulcrum around which the business life of the community evolves. His funeral, the biggest ever seen, in the parish of Lackagh, is an indication of the esteem in which he was held. It’s amazing that no-one had a bad word to say about Thomas despite his many business deals and association with thousands of people during his busy lifetime.”

He continued that his heart was at the centre of every good cause and he made many generous donations to numerous causes. He was also noted for not alone being a great business man but he was also sociable, approachable, kind and courteous with great love and respect for his native parish and its people.

“As a politician, he was always first out to welcome me home after my various election successes and together we were involved in many projects all for the good of Lackagh village. When the County Council had insufficient funds to put a public lighting scheme in the village, he made up the financial shortfall. One of his greatest acts of parish patriotism came when the community failed to get a site for a new cemetery. He donated two acres of land for the use of the cemetery completely free of charge showing his kind generosity and spirit. He was also very proud when I succeeded in getting Galway County Council Oranmore Area Electoral Office in the Flynn complex. Every time we met, he always enquired if there was anything else we could do to enhance the village of his dreams. He had friends throughout the length and breadth of Ireland including the former late County Manger of Galway County Council, Dónal O’Donoghue. He also always respected and thanked the community for their support and he returned the community support in any way he possibly could. He has left a great legacy in the village that now has every facility and accordingly, he will always be remembered with respect and affection.”

“The torch has now been passed to his son Julian and we wish him and his wife Emma and their family a continuation of the success story of Flynn’s of Lackagh. I extended sincere sympathy to his wonderful family and as we bid a fond farewell to Thomas, one of Lackagh’s great sons, May his gentle soul rest in peace”, Cllr McDonagh concluded.

Thomas Flynn had always acknowledged that the people of the area have afforded him the opportunity to develop and grow in business and for that reason he has always been so willing to help the local community. Thomas was extremely generous to families after the war when times were exceedingly bad never let a family go hungry, even if they had no money at the time. The barter system that he continued to operate up to the sixties and seventies was built on trust and he earned tremendous and generous respect for his help to people in difficult times.

Many people take many things for granted, but it was the leadership in the development of Lackagh village and its surrounds that Thomas Flynn provided that has made the value of property in the area maintain a reasonable value compared to other rural areas despite the downturn in the economy. Thomas Flynn lived to his eightieth year and for the most part in excellent health. The legacy that he has left to Lackagh will never be forgotten. His faith, courage and business acumen was an example to all. He was generous with support to the community organizations. May his gentle soul rest peacefully in his native Lackagh, beside his wife, sons and parents.