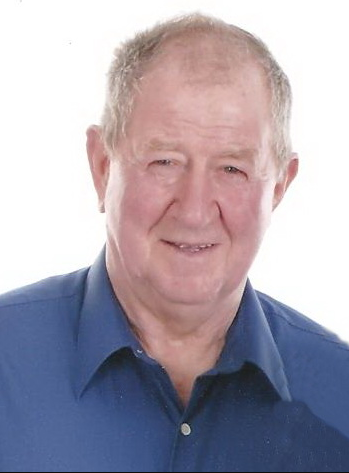 Reposing at Lackagh Mortuary Chapel this Wednesday evening from 5.30pm with Removal at 7.30pm to the Church of Our Lady of Knock, Lackagh. Funeral Mass on Thursday at 11am, with Burial in Lackagh Cemetery.

Family flowers only. Donations, if desired, to Athenry Cancer Care and Galway Hospice.

Paddy had been ill for some time and fought his illness courageously, without complaint.  He was a native of Carnmore and hugely popular in the locality.  He emigrated t the US and worked in New York for many years.  Over 30 years ago Paddy and his wife Catherine McGrath (from Cregmore) decided to return with their young children and built a new home in Cregmore.  Paddy became a friend to everyone and despite living in the hurling parish of Turloughmore his heart was deep rooted in Carnmore where he played hurling before he emigrated.  While he loved to follow Galway, Turloughmore or Athenry, there was always a special passion when he watched his beloved red and white that he had proudly worn.  It was fitting that Carnmore Hurling Club honoured Paddy when he was elected vice president of the club.  As a mark of respect the Club flag flew at half mast when they heard of Paddy’s passing and members of the club formed a guard of honour as his remains stopped at Carnmore GAA  ground en route to his home in Cregmore.  At his funeral members of Carnmore GAA club led a huge guard of honour on both days.