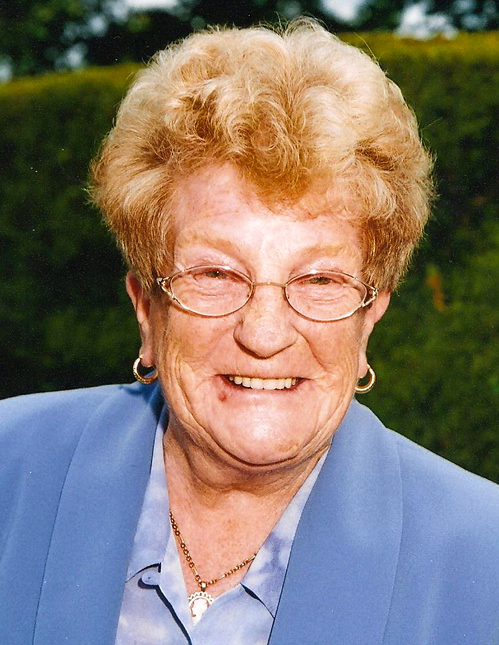 Peacefully at her residence in the loving care of her son Martin, predeceased by her husband John. Sadly missed by her son Martin and daughters Mary and Anne, sister, brother, in-laws, grandchildren, nieces, nephews, relatives, neighbours and friends.

Reposing at Síoraíocht in the grounds of the Church of the Assumption and St. James, Claregalway on this (Tuesday) evening from 5pm with Removal at 7pm to adjoining church. Funeral Mass on Wednesday at 11am with Burial in Claregalway Cemetery.

Update 31st of July 2013: There were many fond memories as the news spread of the passing of Nellie Prendergast of Liscaninane. Nellie was well known and much loved in the Baunmore area and beyond. Nellie, who came from the nearby village of Waterdale, was a hard worker who was a dedicated family person, neighbour and friend. When Nellie lost her husband, while the family still had to be cared for, she never moaned and always looked to the positives in life.

Nellie had a great interest in people and had love for music and dancing. She took pride in her family’s interest in the same and in her retirement became an avid listener of Midwest Radio. Nellie would regularly be in contact with the radio station and became a household name among many of the receptionists and presenters. It was only fitting that music would play a major role at her funeral Mass, as one of her favourite singers, Kevin Prendergast attended to sing Our Lady of Knock at her funeral. Nellie had a word for everybody and was never afraid to speak her mind directly to anybody.

Nellie’s remains were removed from Síoraíocht to the Church of the Assumption and St James, Claregalway and after funeral Mass celebrated by Fr Ian O’Neill, burial took place in Claregalway Cemetery. Nellie is survived by her son Martin, daughters Mary and Ann, grandchildren, sister Maudie, brother Tommy, in-laws, nephews, nieces, relatives and friends.