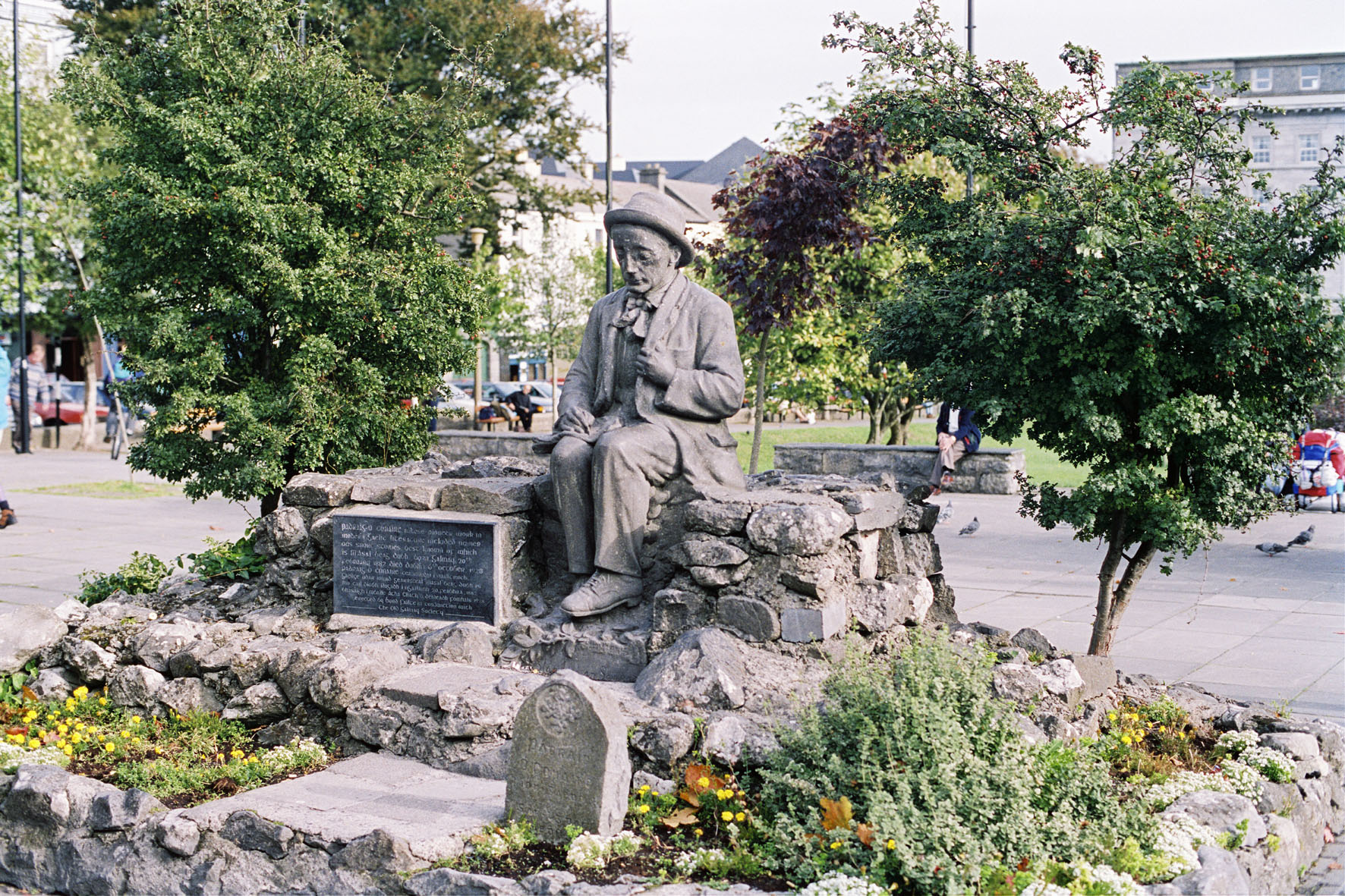 Galway’s iconic Pádraic Ó Conaire statue could be making its way back to Eyre Square before the end of the summer.

A replica of the popular original statue is currently being completed in the Cast Foundry in Dublin. A final coating is required and it is hoped that the Ó Conaire replica, which is made of bronze, will make his way back home to Galway in the coming months.

The original statue will remain permanently in place in the Galway City Museum at the Spanish Arch.

Ó Conaire (1882-1928) is regarded as one of the foremost writers in the Irish language, with a significant contributor to the revival of Gaelic literature in the early 20th century. Albert Power’s statue of the Galway writer was unveiled by Éamon de Valera in Eyre Square on Whit Sunday in June 1935.

The original statue was moved a number of times during its years in Eyre Square, and endured several vandalism incidents, including being beheaded in 1999.

A spokesperson for Galway City Council said this week, “The (replica) statue is more or less complete and it is an exact replica. It looks exactly like the original. This was made possible as the makers of the replica made a mould of the original statue. All the details are the same.”

“An exact location for the iconic statue has yet to be decided. But it will be in Eyre Square. It has to be there” added the spokesperson.

“Part of the reasons being considered behind choosing its location include the structure itself. It is made of bronze and it is a large and heavy structure. When we put it in, we don’t want it to sink. Wherever we put him, he will be there for a good while,” added the spokesperson.

The council’s Arts and Culture department is currently working with the Parks Department in relation to the location, and a report is due to be brought to Galway City councillors in the coming months.

“When Pádraic was put in Eyre Square, the square was a completely fenced off space in the middle of the city,” explained the city council spokesperson.

“In the 1960s the Square was changed and it has seen a number of changes over the years. We have to acknowledge that the Square has changed,” he added.

As part of the 1916 commemorations, Galway City Council have commissioned the first translation of Seacht mBua an Eirí Amach, a collection of Ó Connaire’s short stories based around the Easter Rising. It was written after the events of 1916 and first sold to returning Republican internees from Frongoch. The new translation is due to be launched later this year.