Claregalway Festival of Drama was officially launched on Thursday night at Claregalway Hotel. Speaking at the launch John Brennan, Festival Director, paid tribute and thanks to all who give so much effort in making the festival such a success each year.

He thanked the many sponsors and friends of the festival who provide financial assistance on an ongoing basis.  He paid tribute to all the groups for their co-operation and thanked those who attended at the launch. 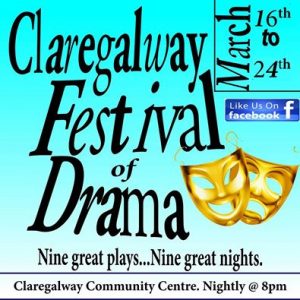