Claregalway ladies secured a place in the pages of Club History when they became the first ladies team to gain promotion to the Senior ranks for 2014 with a comprehensive win over Clonbur in the replayed Intermediate Final played in Monivea on Sunday last. The opening half was a close affair like the drawn game with Claregalway holding a narrow lead at halftime 2–3 to 2–6. Aided by a strengthening breeze in the second half Claregalway took control of the game and scored 2–13 while the defence limited Clonbur’s scoring chances. Final score was 4–19 to 2–4 and afterwards County Board Chairman Con Moynihan presented winning captain Fabienne Cooney with the Cup.

This is a fantastic achievement for Adult Ladies in the Club as its just ten years since the first underage Team at U14 level was entered into the Féile. Its only seven years since the First Adult Team took to the Field in the Junior C League in Glinsk on the 22nd of April 2006. Sundays achievement in Monivea is very much down to all the great people that have got involved at both underage and Adult level in our Club over the past ten years. Claregalway now go on to play the Leitrim Champions Glencar/Manor next Sunday in Carrick-on-Shannon at 2pm in the Connaught Club semi-final.

Well done to Kilkerrin/Clonberne on their County Senior ladies win and we wish them well in their Connaught campaign. The Minor Ladies are due to play Mayo Champions Westport in the Connaught semi-final on the weekend of 19th/20th October. Training continues this week with the Intermediate ladies.  Congratulations to the U10 girls on winning the County Blitz held on Saturday in Annaghdown. They defeated Kilkerrin/Clonberne in the semi-final and Corofin in the Final. U14 team played Moycullen on Saturday morning in Claregalway in the Championship and came away with a well deserved win. Both U14 teams have qualified for their County Finals. Training on Wednesday at 6:30pm for all U14s in Knockdoemore.

U12 Girls Played Kilkerrin/Clonberne in the U12A Championship Final on Saturday 5th Oct in Menlough. The game got off to a very fast start and Kilkerrin/Clonberne got in for an early Goal. Both teams were working very hard and were matching each other score for score. Claregalway finished the half with a flourish and were leading 3–5 to 3–3 as the half-time whistle blew up what was the best 25 minutes of football seen in U12 football this year. After the break Kilkerrin/Clonberne kept up the pressure and eventually took the lead thanks mainly to some great free-taking and ran out winners by 5 points. Congratulations to the Victors on their great season. 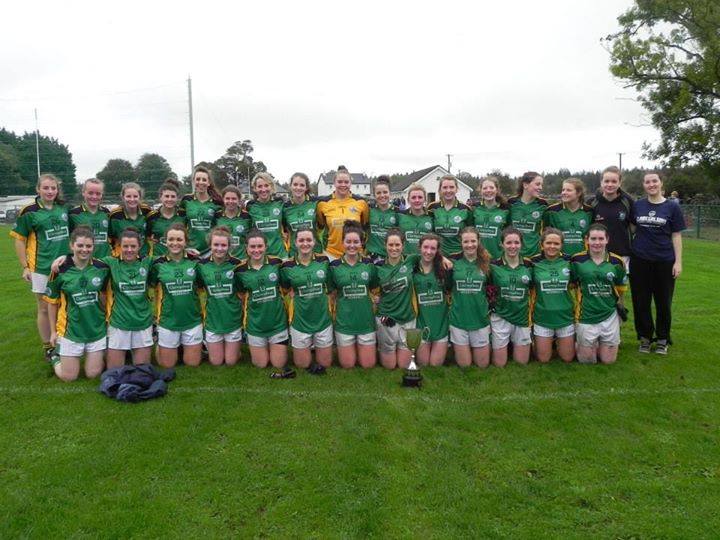 The U12 Gold Team finished up their season with a Challenge against Annaghdown on wed 2nd Oct. They had a great season making it to the Div4 League Final where they lost narrowly to Micháel Breathnachs. They also reached the Div3 Championship semi-final where they lost out to St Marys.

This brings an end to a great year of football for the U12’s and we look forward to seeing all the girls returning for a new season in 2014.