Allianz Hurling League Semi Finals Galway v Kilkenny on Easter Sunday 20th April in the Gaelic Grounds, Limerick. Tickets for this match can be purchased from Liam at Glynn’s Centra Carnmore, at the pre-purchase price, up to and including the 19th of April.

Tickets for the Mackey Stand and North Stand are on sale. Prices are:

Carnmore U16s took on Annaghdown in Carnmore on Thursday April 3rd, and despite Annaghdown putting up a good fight, Carnmore came out on top. The team travelled to Ballymacward for their third match of the U16 Championship last evening (10th of April) where they met the local team, Padraig Pearses.

After a difficult start in the first half with Pearses taking a strong lead, Carnmore regrouped at half time. They scored two quick goals in the second half, but were unable to bridge the gap and left Ballymacward without a win. Their next match is against Ballygar on the 17th April in Carnmore.

Red Team: The U14 Red Carnmore team travelled to Tonabrucky to play Rahoon–Newcastle on Wednesday April 2nd, and unfortunately came home without a win. The team then played Ahascragh-Fohenagh on Monday, April 7th in Carnmore. Carnmore made a great comeback in the second half of the game but it wasn’t enough and they lost the game by the narrowest of margins.

White Team: The U14 White Carnmore team played Castlegar in their home ground on Monday March 31st. The Carnmore side displayed some great hurling skill and teamwork and came home worthy winners. In their fifth match of the Championship, the U14 White Carnmore team took on rivals Clarinbridge. The Carnmore side put on a superb performance and the game ended with an amazing scoreline of Carnmore 8–6 to Clarinbridge 1–3. This puts the Whites in third position of their group, and books their place in the semi-final, to be played later this month.

Well done to all the U14 Panel and their management team.

Carnmore U12s took on a strong Craughwell team on Saturday last (April 5th) for a great game of juvenile hurling. Both sides displayed great strength and skill and it was looking like Carnmore had met their match. However, with sheer determination, team work and self belief, typical of the U12 panel, Carnmore’s young Ronan Killilea, took a shot at goal and succeeded in putting Carnmore ahead by one point, just before the final whistle blew. 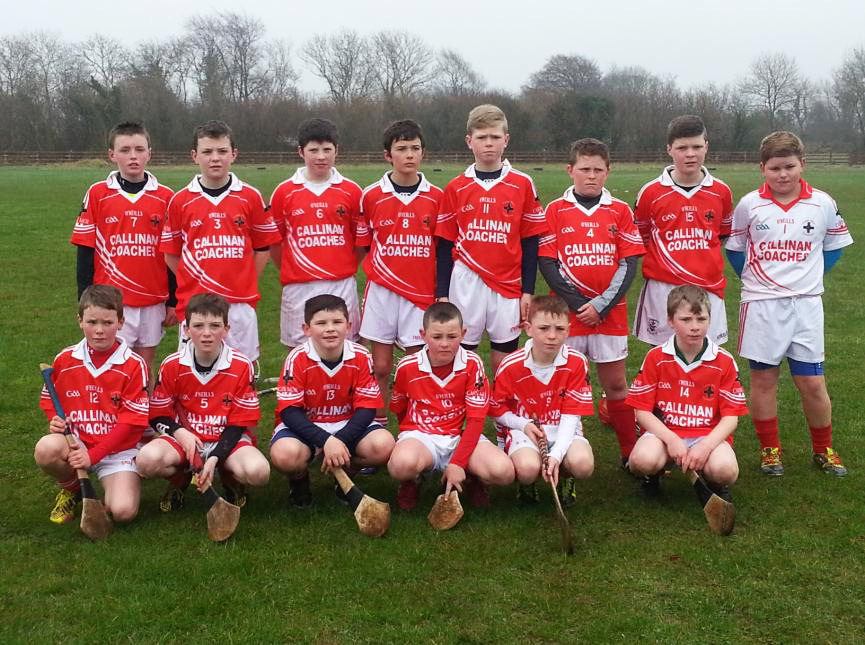 Carnmore U12 Team pictured in Craughwell before their first match of the Ocean Hygiene U12 League. (Some squad members are missing from the photo).

This fundraising initiative is ongoing. Please continue to gather up old items of clothing, shoes, handbags, belts etc and drop bags of these unwanted items into the caretaker, Pat, in the centre, between 5.30–8.30pm each weekday evening.