The Claregalway Community Centre AGM is on Thursday February 19th at 8pm in the Centre. We invite all residents in the area to attend and ask that they lend their support in the running of the Centre. It is a wonderful amenity for the community and is used by large numbers of adults and children through the year. Come along and discuss how you would like to see the Centre develop for the future. All are welcome and any assistance is greatly appreciated.

In relation to Knockdoemore Park Community Sports and Social Centre, coming soon near you will be a:

The attractions for Youth and Adults include:

The Claregalway U21s kicked off proceedings for the club on a wet and miserable Sunday morning last in Lakeview hosting Mountbellew in the first group game of the U21 A championship season. Poor conditions meant that it was never going to be a classic in terms of quality. However credit must go to both sides who on the day fought and battled bravely. 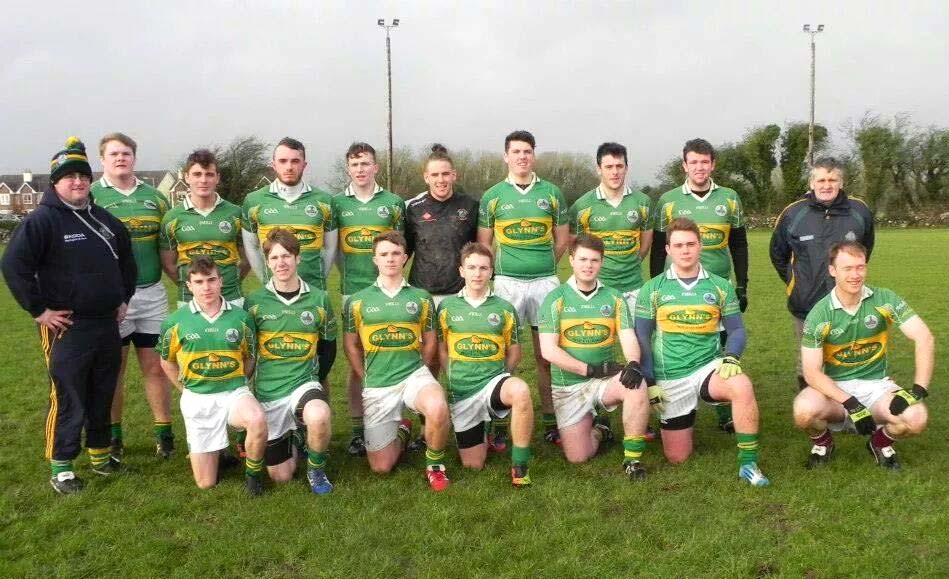 Mountbellew started the better of the two teams and in their full forward line clearly possess some serious talent in the shape of Eoin Finnerty and Colin Ryan. In the opening half, these two linked up and comfortably caused the Claregalway full back line untold damage. Indeed it was Finnerty who was the provider for Ryan who struck the first score of the game when he roofed the ball to the net past a hapless Liam Egan. After another point for the away team which left them 1–1 to 0–0 in front early on, the Claregalway side finally began to spring some neat football together which always would lead to the Mountbellew defence fouling the dangerous Mark Rohan, Rohan duly converting the frees to keep his side in the contest.

With the scoreline 1–1 to 0–2 on the 20 minute mark, disaster struck for Claregalway again when a lapse in defence allowed the ball to fall kindly to Finnerty who unsurprisingly converted the easy goal chance past Egan. The switch of the ever reliable Paddy Griffin into full back certainly tightened up the last line of defence and the home side somewhat got a stranglehold of the last 10 minutes of the half. Paul Fahy, Padraig Kearney, Darran Hennessy and Shane Moylan Jnr showed great character leading the comeback. A somewhat fortunate goal for Claregalway following a goalkeeping error made the management team’s half time performance appraisal that bit easier and meant the score at the break was Mountbellew 2–1 to Claregalways 1–2.

Both sides returned from the break knowing that they were in a tough contest which could swing anyway. With healthy respect between the teams, the second period turned into quite a feisty encounter, yet again, they served up thirty minutes of good entertainment. Like the opening period, the scores were quite hard to come by for Claregalway and the game entered a period of tit for tat with Mountbellew always managing to keep their noses in front. As the half progressed Claregalway began to assert dominance all over the field, the full back line had been tightened up and the half back line were completely in control whilst Hennessy was inspirational at times.

Unfortunately however, the scores just didn’t materialise. At the other end, Mountbellew had no such problem, Eoin Finnerty yet again blasting past Liam Egan and while Rohan kept us in the contest, we just couldn’t match their killer instinct which ultimately was our downfall and Mountbellew ran out deserving victors on the scoreline of 3–5 to 1–6. On the day, Griffin, Fahy, Kearney, Hennessy and Rohan gave a good account of themselves while Shane Moylan and Barry Goldrick did themselves proud on their U21 debuts.

Lotto results this week 9, 15, 20, 22. There was one match three winner Peggy O’Connell, Cloonbiggeen. The sellers prize again went to the Summerfield Bar. The Jackpot is now €5,400 and the next draw will be in the Claregalway Hotel on Monday 23 February.