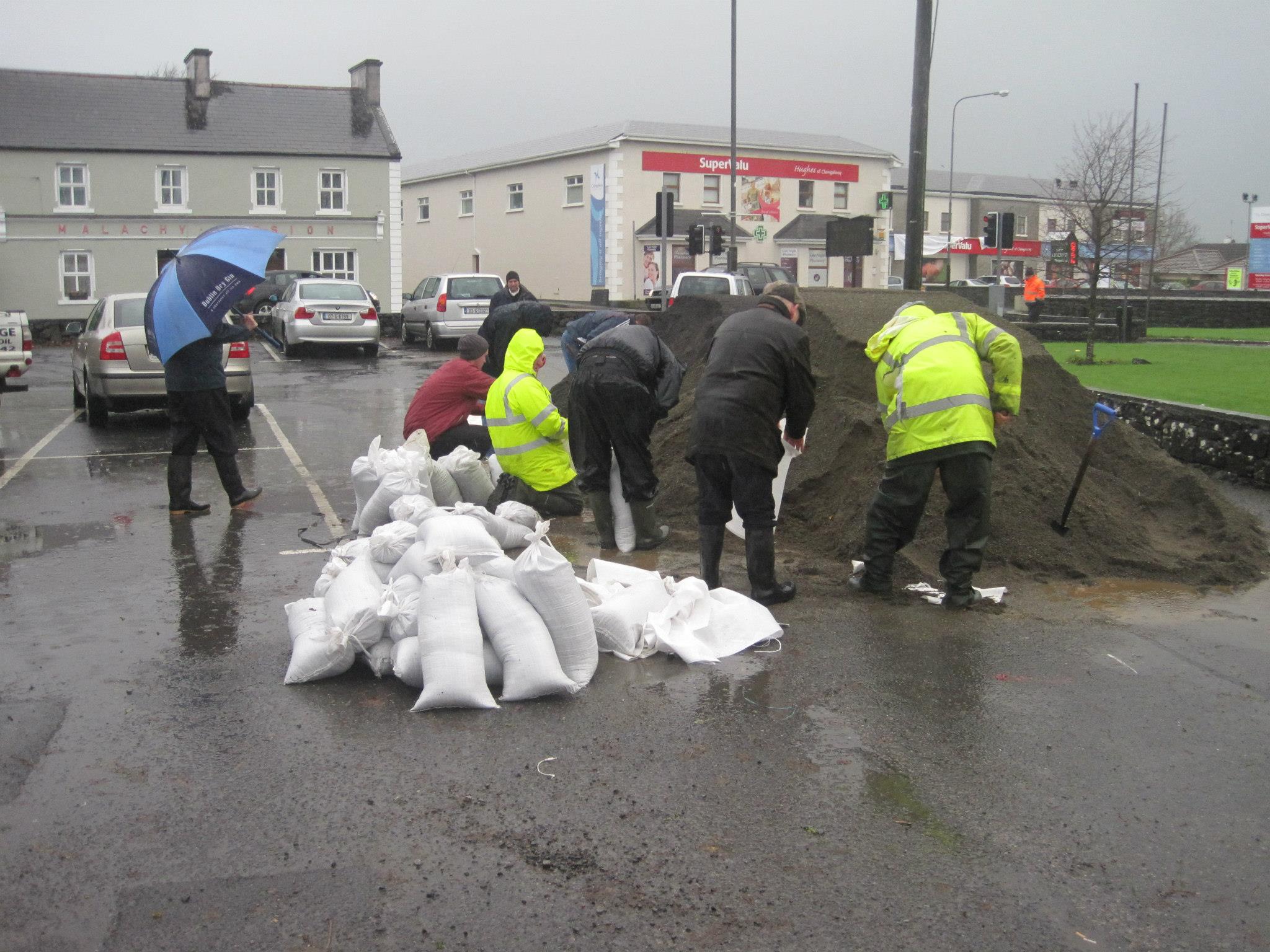 As I watched the turnout of people that landed up to the sand pile at Claregalway church, I had to stop several times in amazement at the type of people who were turning up to do their bit to help those who were in serious flood trouble. The local farming community were there in big numbers as you would expect, because they are nearly always the first out of the trap in a crisis like this very one, without their powerful machinery and knowledge of the land, we would have been fighting a losing battle. What really stunned me was the array of professional and ordinary people that turned out to help, whether it was an hour or for the five days. There were a variety of people ranging from a beautician to a solicitor, from block-layer to sales reps, from a plumber to retired locals, from child minder to head- master, old and young, men and of course some mighty women, all banded together for the sake of people they probably never even met, and what was even more stunning was the enthusiasm that they showed as they did. It made me proud to be living in Claregalway. There were guy’s who jumped seven foot walls to get sand bags to peoples’ back doors; that’s the kind of neighbourhood we can be proud of.

A special mention for Malachy Noone who spearheaded the whole thing for the five days and more, and nobody understands how his phone battery last so long with amount of use it was getting. Every motion that moved through that village was channelled through his phone (a good advert for Nokia!). His ear must be ringing still at this stage! There was a rumour that he was re-charging the battery of his phone by holding to the wire brace holding up the telegraph pole in the church car park. With the way he had everyone motivated, we could have built an ark if it was needed! There are many other great people contributed to this huge effort, community reps like Josette Farrell, Shops and Hotels for food and beverages supplied. I would like to thank especially to those who supplied the food and beverages; as a helper that was greatly appreciated. “The people that eat together work better together!”

The only time people took their eyes off the sand was to stop and look at the flashing of cameras as our local celebrities who pranced around in their ankle wellys till they found a dry spot for their own personal photo shoot, they would then move on to the next scene of flood damage for another photo shoot. Once the flashing of cameras stop, the volunteers just got back to filling bags because they knew the local celebrities were no good to them and their situation. They can take as many pictures as they like, but the people know who were working on the front line! One thing I think came out of all this is that even though we might be forever living in a flood zone, at least we surrounded by a great bunch of people! Well done everyone involved! Now lets see what the local celebrities can do for the village to prevent something like this ever happening again.